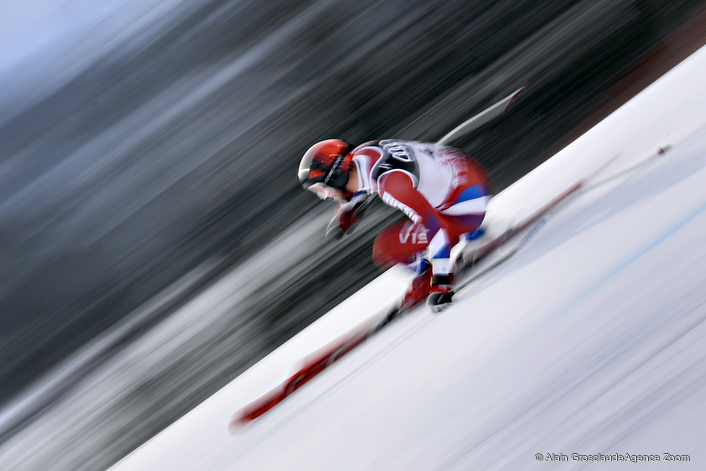 Aksel Lund Svindal was the talk of the day before the men’s super G, the first race for the men in Åre 2019, which is one of the last races of the speed giant’s career. But the Norwegian was defeated with a margin by Italian Dominik Paris who set the bar high, starting as number three.

A lot of the spotlight has been focused on the fact Lindsey Vonn and Aksel Lund Svindal, two of the greatest in alpine skiing of all times, will retire from professional alpine skiing after the world championships in Åre. That was also one of the reasons why a large portion of the audience at the men’s super G was Norwegian. However, Svindal would not be one of the top three in what was most likely the last super G race of his career. 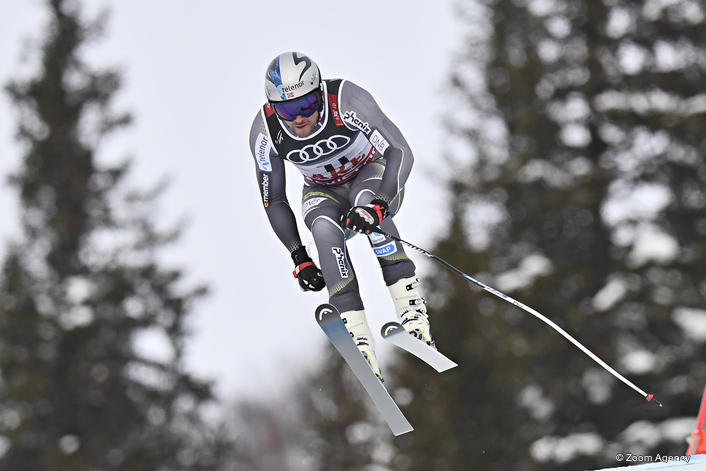 Aksel Lund Svindal missed the podium in the last super G race of is career.

Svindal summarized his impression of today’s event by saying with a smile: “It was dark! But it was competitive and fair.”

Instead, Italian Dominik Paris, Italy, set the bar high. Wearing bib number three, Paris took the lead and his performance turned out to be the fastest of the day. In the end the top three athletes all ended up within nine hundreds of a second of each other. The battle for second and third place ended up being between Austrian Vincent Kriechmayr and Frenchmen Johan Clarey who, after the conclusion, came in with the exact same time. 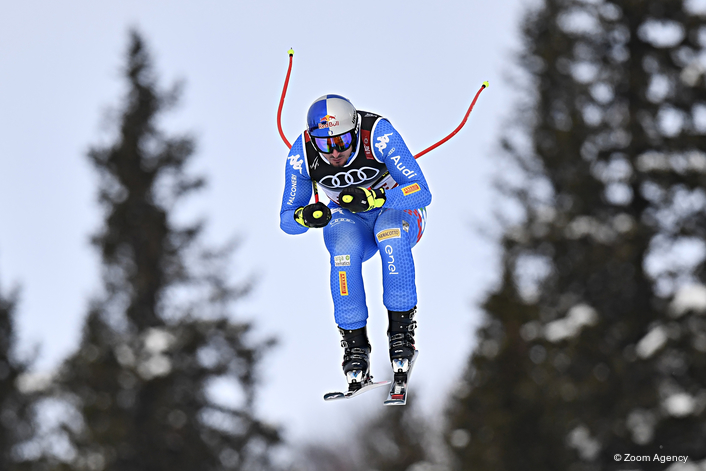 The slope section Kanonröret turned out to be a decisive part of the course as many had problems handling the technical difficulties it offered. Svindal ended up in 16th place but will have a new chance to “go out with a bang” in the men’s downhill on Saturday. Swedish athletes Felix Monsén and Alexander Köll, wearing bib numbers 37 and 36, ended up in places 19 and 20. Mattias Rönngren finished at 25th position and Olle Sundin at 34th. 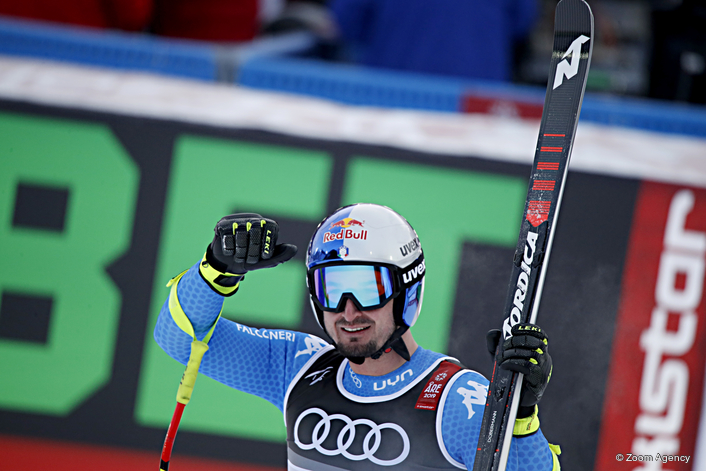 The light conditions in today's Super G were tricky and offered a real challenge for the athletes. However, it turned out an Italian wearing bib number three would be today's winner in a tight race.

Today’s race was characterized by changing light conditions. The top competitors all had to face flat light with limited visibility, which made it hard to stay on the perfect line and advance with full confidence. As the race proceeded, the sun started to come out giving the later starters improved visibility.

Even though he started with an early bib, Dominik Paris mastered these conditions the best and won the gold medal with nine hundredths of a second in front of Austrian top Super G racer Vincent Kriechmayr and French veteran Johan Clarey who will share the silver medal.

Even though he started with an early bib, Dominik Paris mastered these conditions the best and won the gold medal with nine hundredths of a second in front of Austrian top Super G racer Vincent Kriechmayr and French veteran Johan Clarey who will share the silver medal.

The two Swiss top cracks Beat Feuz and Thomas Tumler had to start first, and both said that the lack of light made it a very difficult race.  “It would have been great, if I had seen anything”, Feuz said keeping his humor. Tumler added that going at full speed in poor lighting conditions increased the risk of mistakes which led to him missing a gate after a jump. 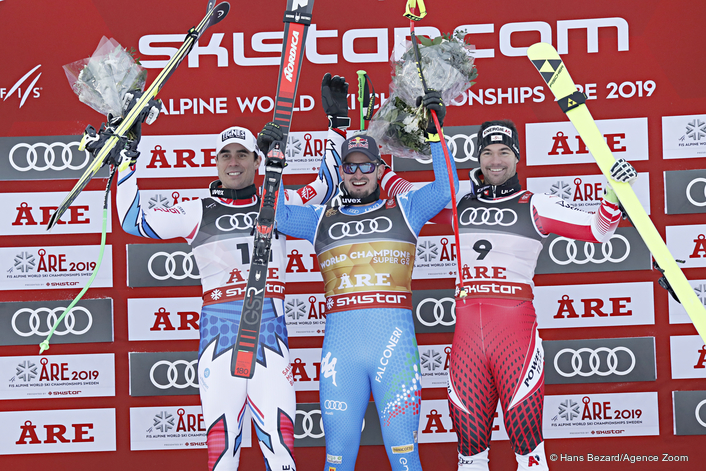 Norwegians Aksel Lund Svindal and Aleksander Aamodt Kilde both praised the perfectly prepared track and snow conditions, saying that they were very happy to be here and compete in front of so many fans coming over from nearby Norway.  Svindal summarized his impression of today’s event by saying with a smile: “It was dark! But it was competitive and fair.”

Christof Innerhofer of Italy was disappointed to miss the medals by only a few hundredths of a second but was very positive and thankful about the well-prepared track which makes him hopeful for Saturday’s Downhill.

The French team had a very good day today with placing three racers in the top ten. Brice Roger enjoyed the great ambiance and thanked the organization for their great efforts to present a competitive race. “It was very difficult to succeed in these flat light conditions and I missed the podium only by a narrow margin.”  He’s looking forward to do well again on Saturday.

Norway and Switzerland, however, will have to go over the books and come back stronger in the upcoming downhill where both nations will be favorites again.