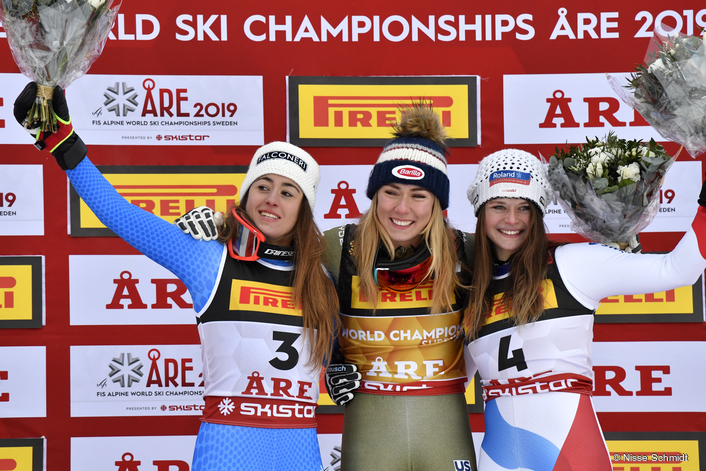 Like yesterday, sunshine and clear skies with freezing temperatures greeted the athletes. The track presented itself in perfect condition, but the temperatures were even colder than yesterday. Swiss racers Wendy Holdener and Corinne Suter pointed out that the colder weather made the track even faster and caused them to adjust their race tactics accordingly. Some of the defeated favorites now look forward to their next chance in Saturday’s downhill.

“The entire team here in Are (race track builders, slip crews, support staff on the hill and each and every volunteer) are doing a fantastic job”, a smiling and thankful Ragnhild Mowinckel from Norway said.

While Italy had a very strong showing with four racers in the top ten, Austria’s best athlete Nici Schmidhofer had to settle with the eleventh position. In the post-race press conference Sofia Goggia pointed out that the necessity of lowering the start due to strong wind at the top may have caused the race to be much closer than expected. The top ten contestants were separated by only little more than half a second.

Winner Mikaela Shiffrin stated that she was quite surprised to see the green light in the finish area and that she didn’t expect to top the leaderboard in her first event already.

“Even though I made a small mistake towards the end of the course, I felt how well the skis were going and I thought that I still had a chance to finish very fast. Whatever my serviceman put on these skis today, I’ll tell him to do more of that for the next races”, Mikaela laughingly told the gathered press. 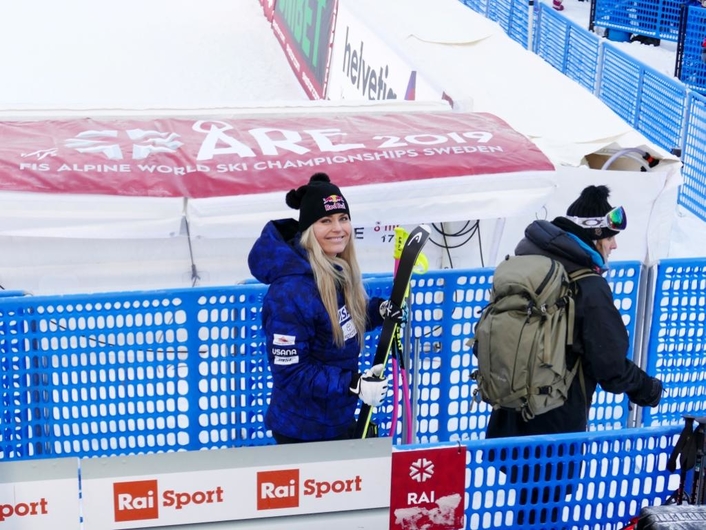 Lindsay Vonn spoke to the media after the winners’ press conference. Lindsay looks forward to having children one day that she can go skiing with.

Lindsay Vonn spoke to the media after the winners’ press conference and gave an emotional and very personal account of past, present and future of her exceptional career. Asked what she would miss most after her retirement, Lindsay said:

“I’ll miss that wonderful sensation of speed that you can get only by racing down a hill on a pair of skis. I don’t know yet how I will compensate for that because I won’t be able to do it skiing privately without my ski pass being taken away from me.”

Lindsay looks forward to having children one day that she can go skiing with. With a twinkle in her eye, she made sure that her boyfriend, NHL hockey player P.K. Subban, caught that statement as he was listening to the press conference through Lindsay’s mobile phone.

Wednesday will be the men’s turn to tackle this exciting Super G course.  The race is scheduled to start at 12:30. Fans from around the world are invited once again to cheer on their heroes at the Swedish National Arena or along the racetrack.

The queen of Alpine Skiing Lindsey Vonn entered the ladies’ super-G on Tuesday, knowing that the downhill race on Sunday will be the last race of her illustrous career. Unfortunately, the super-G did not finish the way Vonn and the crowds hoped. Lindsey came out of position in the upper part of the course and crashed into the safety nets. Eventually, a cheering audience saw her get up, seemingly unharmed, and ski down to the finish area to receive standing ovations.

At the post-race press conference Vonn admitted that the last few weeks after the Cortina World Cup had been tough as she decided that Åre 2019 would be the end of her successful career. In Cortina, she wanted to call it quits right there and then, but then decided to come to Åre to say her goodbye’s to her fans who have supported her since her debut on the world stage. 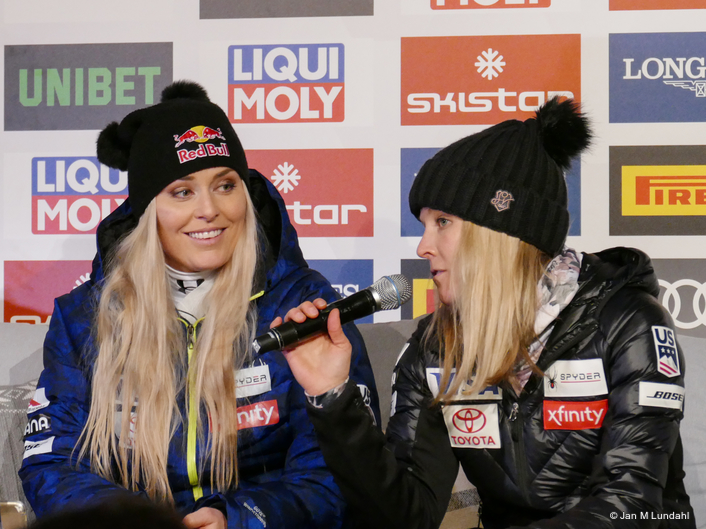 She indicated that the many messages of love she has received “have made it easier for her to leave the World Cup and the top level of alpine skiing”.

Åre is special for Lindsey and she loves Sweden. She won her very first World Championships medals in Åre in 2007 and  also recorded her career's final World Cup victory in Åre last March when she won the downhill at the Finals.

When asked whether she could race the downhill on Sunday, she stated:
“Don’t count me out yet, I can still win on Sunday”.

Vonn’s family will be on site for the ladies’ downhill, her final race in Åre and her career, and she also hopes that the Swedish legend Ingemar Stenmark will be there to witness her farewells from the alpine stage.

Vonn did not disclose her plans for the future other than revealing that she has a new business project ongoing but did not provide further details. Whatever it might be, Vonn said she will put just the same amount of energy into it as she has invested in alpine skiing.

What will you miss most about skiing on elite level?

“I will miss the adrenaline rush of speeding down the hill and pushing my limits. But it isn’t worth the risk anymore. I want to have kids in the future and have the opportunity to ski with my children. That’s why it’s important to quit at this point,” said Lindsey Vonn.