The seats are filled with spectators passionately cheering for their teams while the action is displayed on large screens captured by wireless camera crews. The Super Bowl? The World Cup? No, it’s another type of competition just as heated and intense. It’s esports and in this case, the venue is the new Esport Factory in Osnabrück, Germany. Often hosting multi-player tournaments supported by production crews of up to 15 people, the recently retrofitted facility needed to create the right competitive atmosphere with tight communications capabilities to execute successful events. They chose Clear-Com technologies including LQ Series IP interfaces and Encore® analog partyline intercoms (RS-702 beltpacks and the Agent-IC mobile app) – all for control room to stage communications during events and for remote productions.

Think esports is just video games? Many analysts value the industry at $1 billion, with most reports estimating it to far surpass that total in the near future due to rapid growth in spectators and sponsorships, especially in the European market. That’s why the decision to open the Esport Factory, the first of its kind in Germany, made sense to maze GmbH, the facility’s owner..

“We are unique in Europe,” said Moritz Esche, technical director of maze GmbH. “Our goal was to close the gap between having nothing to serve this exploding market and the huge stadiums in which some esports tournaments are held.” 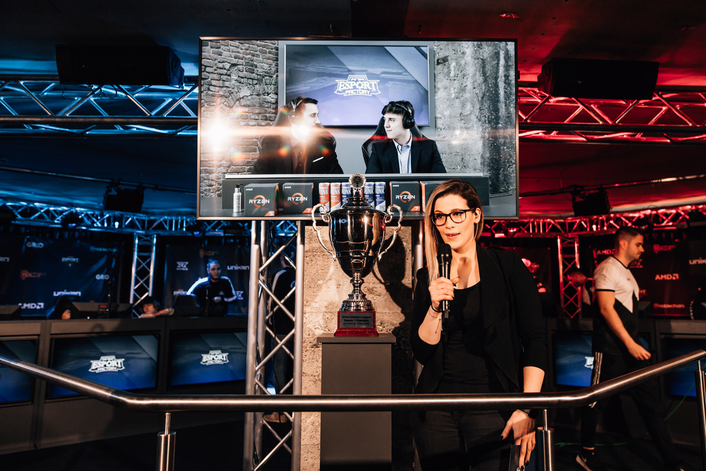 The previously existing facility was completely renovated, and now houses an esports Bootcamp training facility, an esports academy and the production environment where the tournaments are staged, with seating for up to 200 spectators. The facility also hosts viewing events for remote productions.

“We built a cozy but premium location for medium-sized esports events where visitors have a unique experience by being so close to the action,” Esche said. “It’s also a technologically up-to-date space capable of handling all the needs of modern broadcast production.”

One of those needs is communications.

With 96 possible camera inputs, nine km of SDI cables and 40 computers needed for the production of an esports tournament, “There is a lot that can go wrong and it’s very easy for something to simply not work as intended,” Esche said. “Communication is the key to successful events here. We need to stay in touch with each other, while still giving our production teams room for creativity.”

The production teams’ requirements specified an intercom system with enough capacity for crews to move freely around the facility capturing event footage, with the added capability of “segmenting” the traffic so each person only communicates with the part of the crew necessary to their job.

“Well before the opening of the Esport Factory, it was clear a professional intercom solution was indispensable for handling live broadcasts of the events,” said Jan Saueressig of Audio-Technica, Clear-Com’s distributor in Germany. “With different event formats and varying communication requirements, a flexible, IP-based solution was key. They needed intercom stations that could reconfigure and change form factors quickly and easily, from small – a few required channels – to large – for users with high communication requirements.” 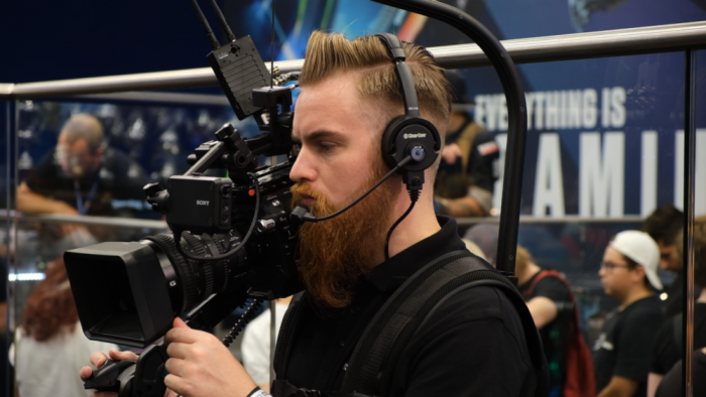 The LQ-box enables mixed operation of analog partyline, analog 4-wire audio and Agent IC® stations with only one base unit. The extensive routing options within the system allow a flexible reaction to new production conditions at any time and the scalability of the LQ-Network protects technology investments in case of future expansions.

Initially, system connection was made through the existing in-house network. Now, the system can be accessed via the 3G and 4G data connection of the end devices from any point in the world, which considerably simplifies work at external production sites.

“With the Agent IC app in combination with our LQ system,” Esche said, “We are seamlessly able to achieve all our requirements. We’ve even started using Agent IC for our external productions. The production team simply connects to the LQ-Box, which is still installed at our main location, via the data connection of their mobile phones and they’re up and running.“

Alex Hemme at Clear-Com worked with Audio-Technica to specify the right products. “This intercom system is perfect for their application,” Hemme said. “They didn't want dedicated cabling for party line staff, and their other challenging requirements were how to best handle remote productions as well as manage their network of freelance crews during events, which isn’t a problem with the LQ network’s flexibility.” 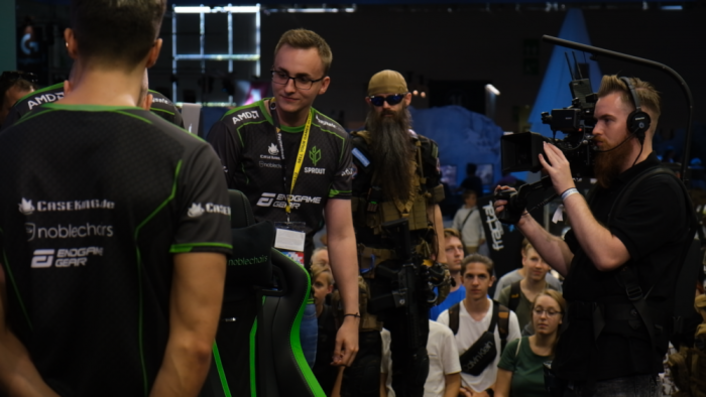 Like the esports industry, the Factory expects to grow and keep pace with its broadening audience. The scalable Clear-Com system’s configuration has more than enough coverage for their current production needs and, if the venue expands its space, then extending the system is simply a matter of adding more LQ frames.

“You can easily extend LQ into a network of six LQ’s total so there's a lot of room for growth with the system,” Hemme said. “The new frames become part of their network. It’s designed for modular scalability and it was the perfect starter system for them.”

With the venue up and running for a few months now, Esche and team are confident they’re able to handle anything their rabid fan base throws their way.

“The Clear-Com products are so essential for our processes,” he said, ”we would not be able to run successful events of any size here without them.”