MEDIAPRO Canada secures distribution deals with broadcasters in the Americas, Africa and Asia

Canada has secured distribution deals with a range of broadcasters around the world, bringing coverage of the Island Games Canadian Premier League 2020 Final between Forge FC and HFX Wanderers to close to 135 million television households in 65 territories. The global exposure is remarkable for a league in only its second season and is a testament to the superb quality of play on the pitch and the world-renowned production values of MEDIAPRO, which will have a crew of 25 professionals onsite at the tournament’s hub in Charlottetown, Prince Edward Island, to cover the final with 11 cameras, including four super slo-mo cameras. Four broadcasters are airing all 35 games in the 2020 season, led by Fox Sports in the US, which will show a total of 18 matches (37.5 hours of live coverage) on its FS2 linear channel, with the remaining 17 on its dedicated soccer service Fox Soccer Plus (24.5 hours of live coverage). The first match aired on FS2, Pacific FC v York9, earned the highest audience of the day on the channel.

Four broadcasters are airing all 35 games in the 2020 season, led by Fox Sports in the US, which will show a total of 18 matches (37.5 hours of live coverage) on its FS2 linear channel, with the remaining 17 on its dedicated soccer service Fox Soccer Plus (24.5 hours of live coverage). The first match aired on FS2, Pacific FC v York9, earned the highest audience of the day on the channel. Also showing all 35 games are 1Sports in the Indian subcontinent (India, Nepal, Maldives and Sri Lanka), StarTimes, the digital operator serving some 13 million pay-TV subscribers in 47 territories across sub-Saharan Africa, and Premier Football, the new dedicated soccer channel in the Philippines, which launched last week with live coverage of the English Premier League, and is available to close to 4m pay-TV subscribers. 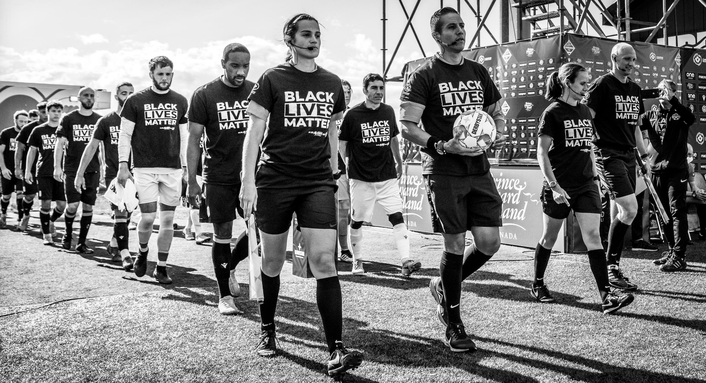 Live coverage of the Group Stage, featuring the top four clubs after 28 First Stage games, and the Final will reach over 6 million homes across Latin America through DirecTV Go, the streaming platform operated by US telecoms giant AT&T, and Tigo Sports, the sports channel owned by Swedish telco Millicom.
Additionally, MEDIAPRO Canada’s dedicated soccer channel Onesoccer offers live coverage of all CPL games to subscribers worldwide. Chris Priess, VP MEDIAPRO Canada, said that “despite the challenges of the covid-19 pandemic, we have been able to deliver over 70 hours of exciting CPL soccer action to our largest audience ever. It would not have been possible without the support of so many behind the scenes. I especially want to recognize our great crew who spent such a long time away from their families. We are all passionate about soccer and thrilled to be a part of this successful and safe tournament.”

As with all previous 34 games in the First and Group stages, the coverage of the Final will be enhanced with the Augmented Reality (AR) stadium, Canada's first virtual stadium for a professional sporting competition, developed by MEDIAPRO Group company wTVision and implemented by MEDIAPRO Canada.
The AR-built stadium was created using wTVision's control applications, AR software and a dedicated broadcast design team, and the immersive virtual stadium is part of a safe and groundbreaking solution that ensures that live sporting events can be broadcast to fans at home with the same visual impact (for more on the AR stadium design process, click here) Oscar López, CEO of MEDIAPRO Canada, said: “we’re thrilled to have been able to take the CPL to the world and we know that viewers will be impressed and captivated by this exciting new league. Canadian soccer is on a high right now, with the successes of Canada Soccer’s national team players Alphonso Davies and Kadeisha Buchanan, both 2020 UEFA Champions League winners, as well as Jonathan David, newly-signed to Ligue 1’s Lille OSC, and we’re confident that the CPL will add to Canada’s growing reputation as the country gears up to co-host the FIFA World Cup in 2026.” 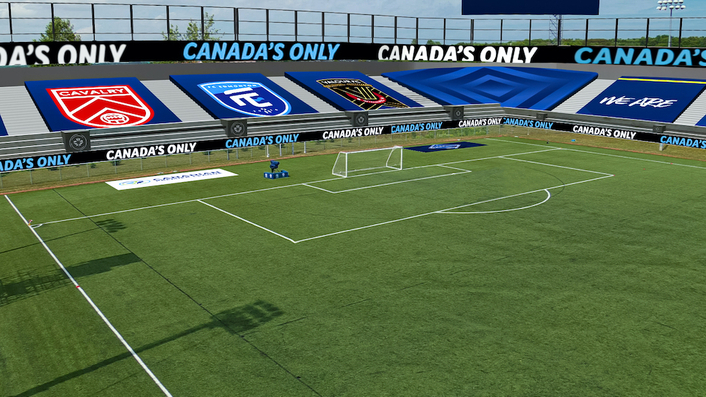 About the Canadian Premier League: Canadian Premier League (CPL) is Canada’s professional men’s soccer league that debuted on April 27, 2019. Headquartered in Toronto, ON, the Canadian Premier League features eight clubs from coast-to-coast. For updates and more information on the CPL, a league for Canadians by Canadians, visit CanPL.ca. and on Twitter: @CPLsoccer and #CanPL.
About wTVision: wTVision creates integrated broadcasting solutions based on software development, branding and design, live operations and specialized human resources outsourcing. The company takes part in thousands of broadcasts every year and has experience in more than 60 countries. wTVision’s solutions for sports, election coverage, entertainment shows and news are, together with its master control systems, the preferred choice of major TVs and producers all over the world.