Bringing Another Vision to Sports Coverage 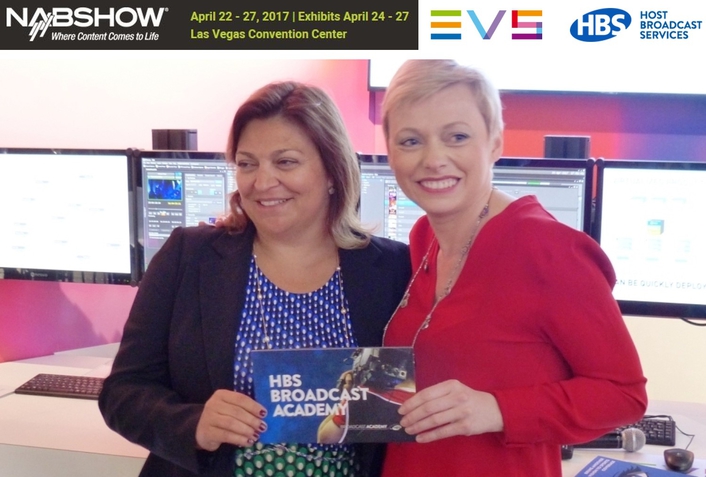 At NAB2017 on 25 April Lise Cosimi, Chief External Relations HBS, exchanged views about Gender Equality in the broadcast industry, with Muriel de Lathouwer, EVS’ CEO and the initiatives the two companies have been setting up to allow women broader access to tech/broadcast training.

This shared presentation highlighted the strong ties of the extended partnership between HBS and EVS. The two companies have built a long and fruitful collaboration, which resulted last year in the launch of the “Live TV Simulator”, a ground-breaking training tool for broadcast professionals within the HBS Broadcast Academy.

This year the HBS Broadcast Academy and EVS continued their cooperation by promoting Gender Equality in the Sports Broadcast Industry. 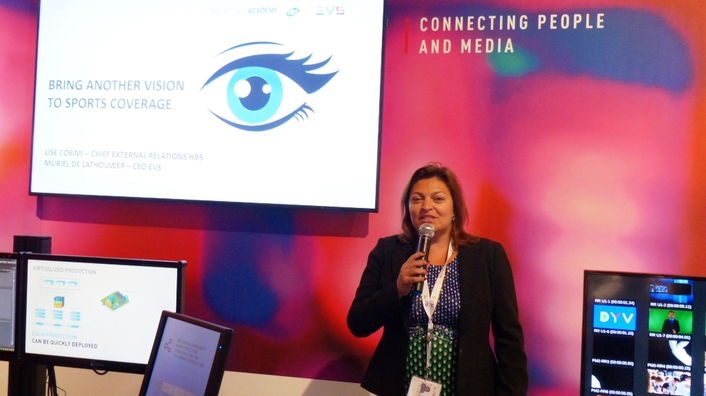 Women working in the sports broadcasting industry which is a traditionally male dominated domain, face a “glass ceiling” that prevents them from reaching senior positions. Although today, there are women in every crew, their roles are limited to junior, subaltern management or support functions, rather than crucial positions, such as Producers and Directors.

The HBS Broadcast Academy’s very existence resets on three pillars: Sustainability, Legacy, and Gender Equality. The Academy aims to bring women the opportunity to develop their talent by offering them operational training and the chance to take on the challenges of top level roles in sports broadcasting. 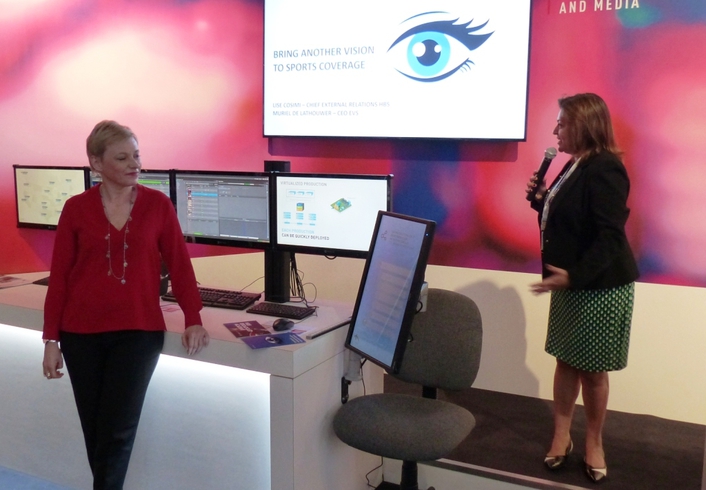 Phase One: Create role models. Women from the Industry will be selected to be trained as Producers/Directors. Through operational training and a mentor/Mentee relationship, female participants will progress in their careers, while being part of directing crews at major sporting events around the world.

Phase Two: Encourage girls and young women to join the broadcast industry by hosting seminars and workshops at universities and high schools, to highlight the benefits of joining the industry. 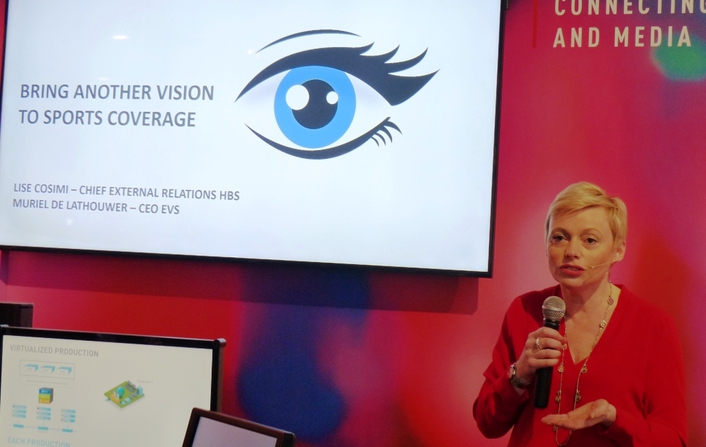 The Broadcast Academy was created with the purpose to offer a broadcasting legacy by HBS. To share this knowledge and improve sports broadcasting standards globally, the Broadcast Academy has been delivering its programmes in more than 20 countries around the world. It has trained several thousands of TV professionals from various fields since its inception in 2007. 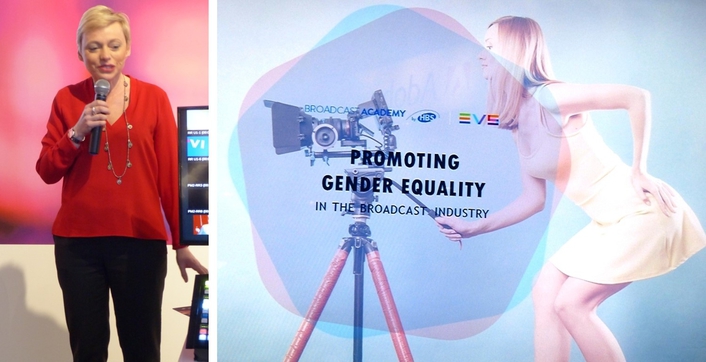 The Broadcast Academy uses innovative technology to aid learning like the Live Directing Simulator and its activities are conducted in various forms. Training is delivered in the form of Workshops, Seminar and masterclasses. Our services include consultancies for sports broadcasters to help them achieve their goals of hosting and broadcasting international standard sporting events.

HBS was originally established with the core mandate of being the Host Broadcaster (HB) for the 2002 FIFA World Cup Korea/Japan™, a mission that included producing the multilateral coverage and providing unilateral production, transmission, commentary facilities and associated services for world broadcasters. 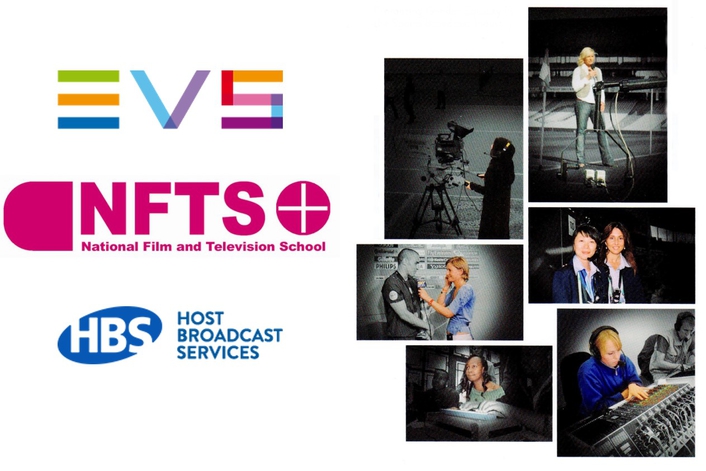 A job for specialists

Consistently, through each successive event, HBS has raised the bar of host broadcasting. Displaying its leadership, the organisation continues to design, build, install and manage International Broadcast Centres (IBCs), alongside multilateral and unilateral broadcast facilities at venues in the host country of the event. As host broadcaster of the 2002, 2006, 2010 and 2014 editions of the FIFA World Cup™, HBS has been responsible for the most watched sporting events on the planet and will continue to be with the 2018 and 2022 FIFA World Cups™. 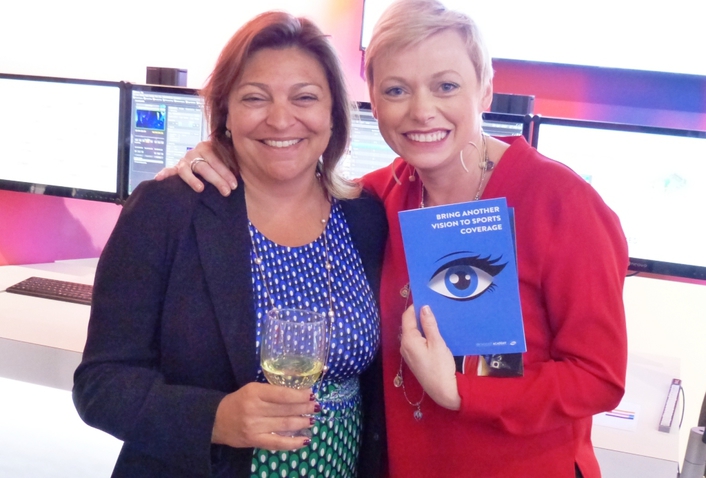