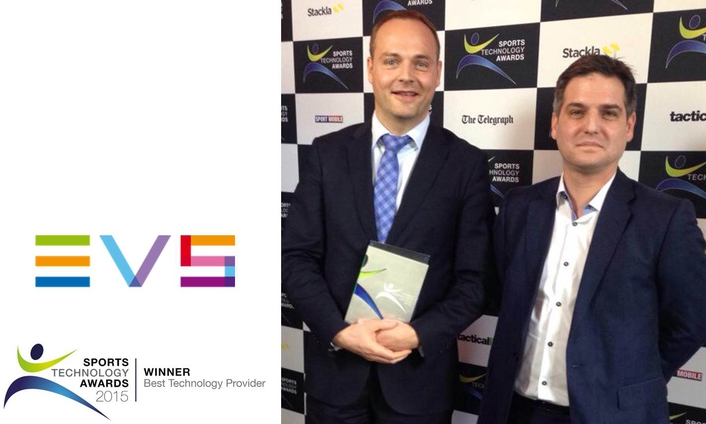 EVS, the leading provider of live video solutions, was recognised as best technology provider at the Sports Technology Awards held on 27 March in London. EVS’ live production technology enabled the ingest, management and distribution of the live content for the 2014 FIFA World Cup™.

More than 10 million apps were downloaded and as many as three million users a day chose to enrich their experience using the application. Over the course of the tournament, more than 24 million unique users watched tens of millions of hours of content via the multimedia solution.

The judges of the 2015 Sports Technology Awards were a panel of specialists from the sports and technology industries - including former Arsenal vice-chairman David Dein, multiple World and Commonwealth swimming champion Karen Pickering and ceo of The British Olympic Association, Bill Sweeney.

Quentin Grutman, SVP for EMEA at EVS accepted the award on behalf of the company. ‘With the FIFA World Cup in Brazil commanding the world’s largest TV audiences for a sporting event, we’re delighted that EVS live production technology was relied upon to bring the excitement of the event to viewers around the world, setting new standards for modern sports broadcasting.’

EVS’ live production technology will be showcased as part of the FanZone on the EVS booth (SL3817) at the NABShow2015 between 13 and 16 April in Las Vegas.