Since the invention of cars, drag racing, where 2 cars race down a straight line, has been a fan-favorite auto sport for car aficionados everywhere, with racers modding out their rides and taking to the streets in gloriously dangerous and oftentimes illegal fashion. But while drag races are prohibited on the streets, this organization has been bringing drag racing to the forefront of automotive sports while keeping it all safe and legitimate.

Revvolution Shift-S3ctor is a drag racing events organization that brings together the world’s best and fastest speed racers. Founded in 2011, Revvolution Shift-S3ctor’s airport-tarmac racing competitions have grown tremendously from its grassroots beginnings in California, with physical attendees in the thousands at their events every time. Seeing such a huge rise in popularity and turnout in just a few years, the organizers at Revvolution decided to adopt live streaming to reach even more fans across the world. 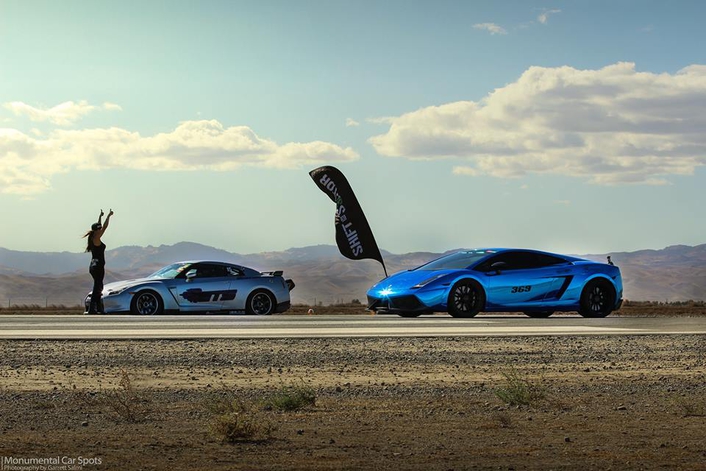 “When we looked at how much we’ve grown in the last 5 years, we realized that there are a lot of fans out there who really love this sport. But we could only fit so many people into an airport venue,” explained Ryan Randels, co-owner of Revvolution Shift-S3ctor. “So how do we take these events to a global level and reach the millions of fans we have? The answer was to live stream.” 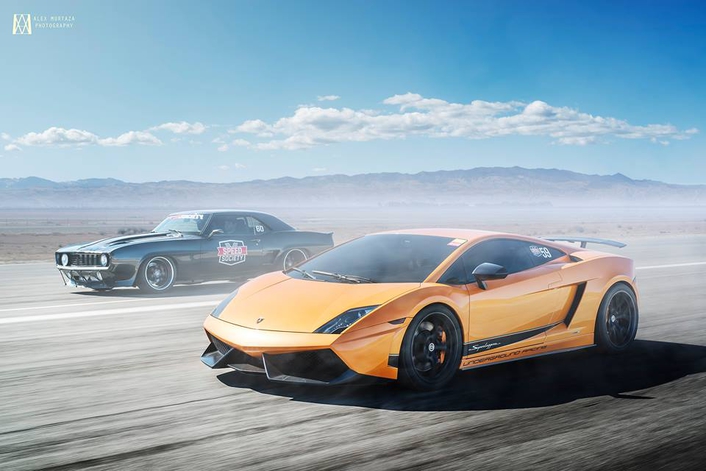 The largest annual racing event held by Revvolution Shift-S3ctor is the annual Pikes Peak Airstrip Attack in Colorado Springs, which features a series of half-mile side-by-side roll races and dig races. (Dig races are when both cars start at zero MPH, while roll races are when both cars start at anything not zero MPH). As the most popular ½-mile drag race tournament in the country, the two-day event is host to some really big-name sponsors including Heuberger, Subaru, Budweiser, Comcast and many more. 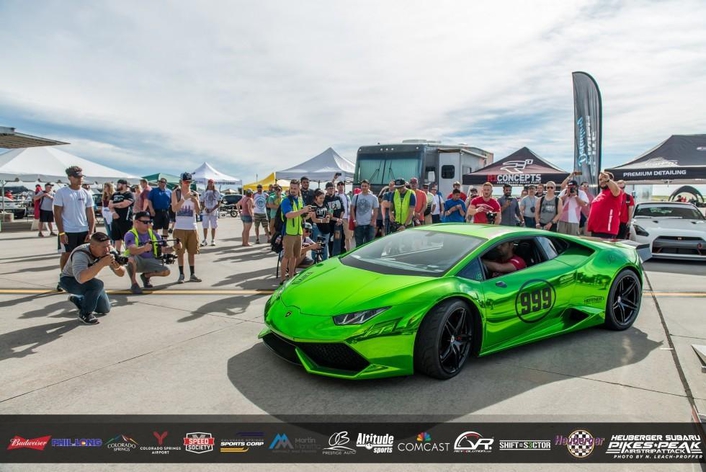 With so many large sponsorships and potentially huge viewership online, Randels wanted to give the event a professional touch by covering it as a traditional sports broadcast with multiple cameras, graphics and commentators. But the difficult part of achieving this is the length of the racetrack. At ½ mile, getting a camera feed from the starting line to the finish line and sending it to Facebook Live was going to be a challenge. So how do you get a HD feed between that distance with as little delay as possible and without having to lay miles of infrastructure?

When each race began on the ½-mile racetrack, Randels needed to capture as much of the course as possible. To do this, 5 cameras were placed around the track: 4 Canon 5D DSLR cameras near the finish line at the racetrack and 1 Sony PXZ-Z150 prosumer camcorder at the starting line. The Sony Z150 was either held by a camera operator behind the cars at the starting line or mounted to a stand in front of the them to capture take-offs.

So how did they manage to get the feed from the starting line camera to the switcher? Mounted to the top of the Sony Z150 was a Teradek Cube 655 encoder, which was connected via SDI to the camera. The Cube broadcasted a feed to a long-range access point, which pushed the feed all the way to the finish line HQ where a Cube 455 decoder received the feed and sent it to Randells’ production switcher. The other 4 cameras were connected via extended SDI cables to the switcher. 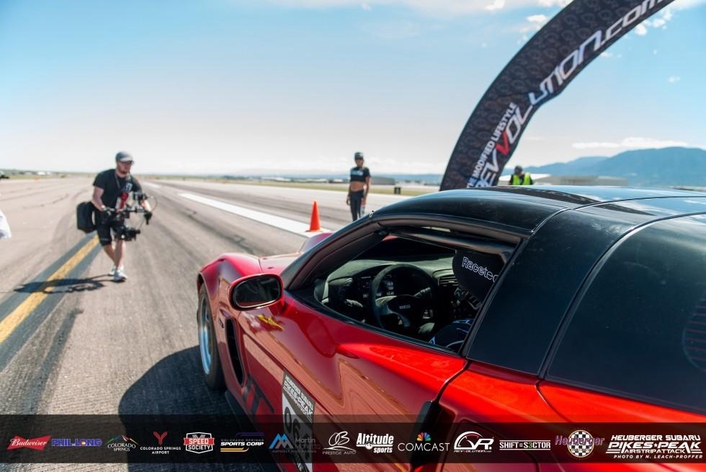 With all 5 cameras connected into the switcher, graphics, overlays and audio were mixed into the feed and pushed to a Teradek VidiU Pro streaming encoder. Connected to the airport’s dedicated Ethernet line, Randels had the VidiU Pro stream to his own cloud-based streaming server, which pushed the stream to 4 separate car-related Facebook Pages.

While Randels could keep the workflow simple and eliminate the starting line camera, the broadcast wouldn’t be nearly as exciting. Viewers want to see sexy car shots and hear revving engines before and during take-off, which are huge parts of what make auto racing so thrilling.

“If we didn’t have the starting line camera, we wouldn’t even have ⅓ of the viewers we got,” Randels explained. “Being able to see and hear the cars up close and watching them launch is a huge part of what makes drag racing so exciting. It was the most engaging shot we had.” 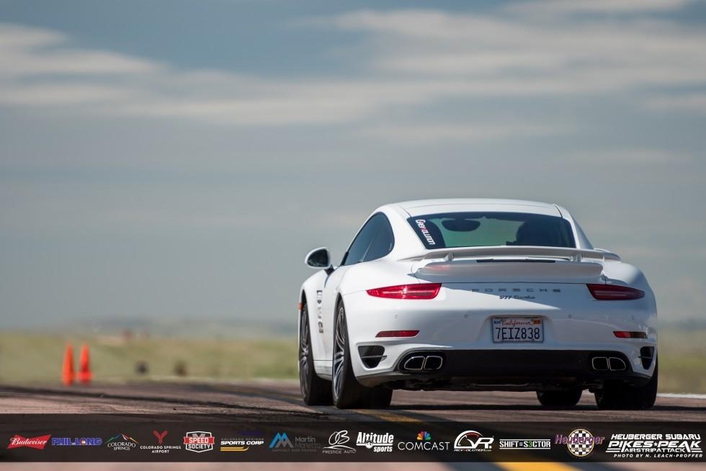 Having the Cube encoder/decoder pair allowed Randels and his crew to wirelessly transport a HD video/audio feed all the way to the switcher without having to run any cables. In addition, using the switcher as a video source, the VidiU Pro was able to send an RTMP stream to Randels’ cloud-based management server, which multicasted to attract a wider audience. After 2 days of broadcasting, the streams totaled at 1.58 million views.

“The VidiU Pro was the easiest piece of equipment to use all weekend! You just plug in the information, press ‘go live’ and push that bad boy out. Just knowing we could rely on it without having to worry about anything, it was huge for us.” 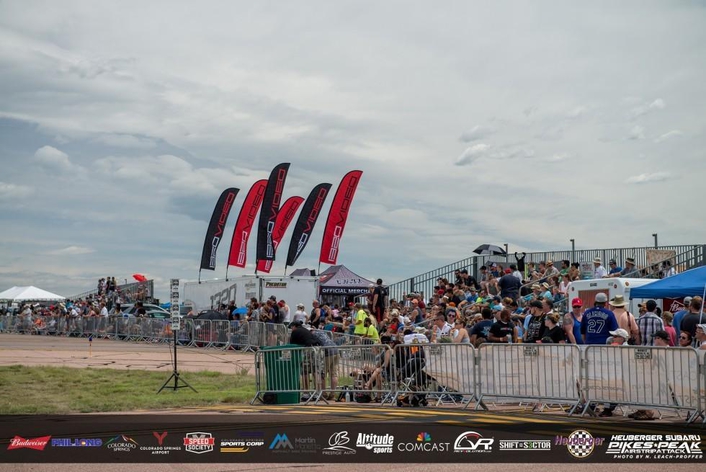 But most importantly, capturing compelling shots and using robust, high-tech broadcast devices allows Revvolution Shift-S3ctor to keep their viewers and, subsequently, their sponsors happy. With such important sponsors helping their organization achieve success, maintaining a strong, clear stream was crucial to Randels’ mission. With a passion for media, tech and the motorsport lifestyle, he was able to offer viewers an unforgettable experience.

“Our biggest objective for this entire event was to make sure we could fulfill our obligations to our media partners. Now that we have a proven track record on Facebook Live, we can begin looking at different outlets to bring out races to.”