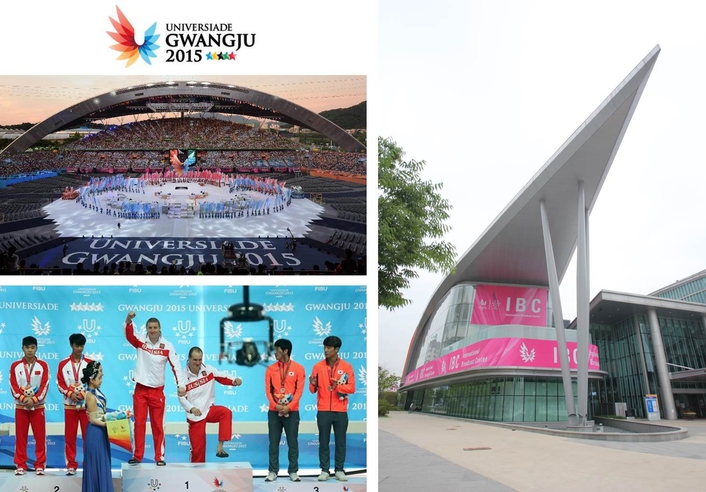 As university athletes from around the world took part in the 2015 Gwangju Summer Universiade in South Korea, host broadcaster Korean Broadcasting System (KBS) employed Riedel Communications equipment to produce the international feed for the event, the world's second-largest multi-sport competition. The Riedel solution enabled flexible and reliable transport of HD video, data, and intercom signals throughout the competition, which extended from July 3-14.

"The Universiade is unique in showcasing the passion of the world's youth for sport, as well as their skill and competitive spirit, and it was essential that we provide a host broadcast feed that would capture the atmosphere at the games," said Yong Suk Cho, general manager of the OB Team at KBS. "True to its reputation for performance and reliability, the Riedel equipment played a central role in our production of this dynamic international event."

Organized by the International University Sports Federation (FISU), the Universiade was created as a combination of "university" and "Olympiad." Serving as both an international sporting and cultural festival, the Universiade is staged every two years in a different city around the world, representing both winter and summer competitions. 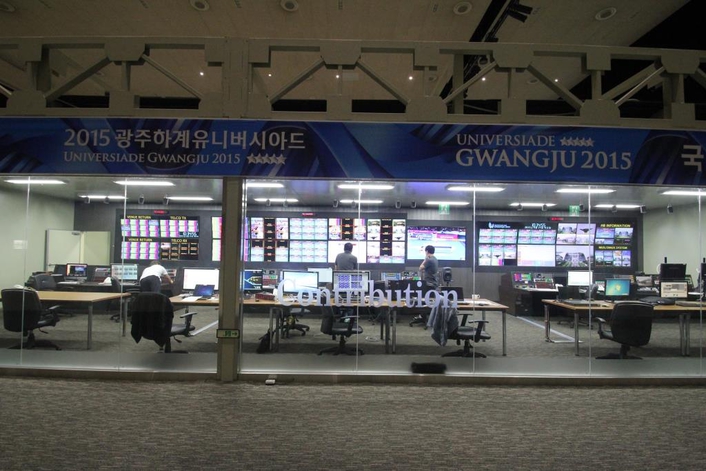 For the 2015 competition in Gwangju, Riedel supplied a MediorNet Compact real-time media network comprising four frames; an Artist digital matrix intercom system including keypanels and beltpacks; a Performer digital partyline system with headsets; and the company's RiFace universal radio interface and more than a dozen radios. In addition to supporting the flexible and simultaneous transport of multiple HD feeds, along with GigE and communications, between the OB compound and aquatics venue, the complete and fully redundant solution from Riedel ensured seamless communication among production staff using both wired and radio systems. The Artist system was used by KBS in a typical International Broadcast Centre (IBC) setup, with ports serving all aspects of the IBC — from incoming feeds to QC, transmission, and operations. 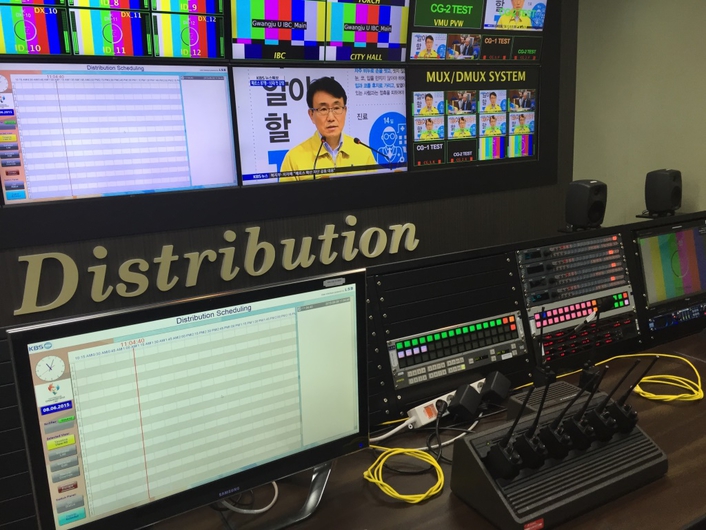 "We are proud to play a role in supporting the world's most prestigious sports competitions and in bringing compelling broadcasts of these events to worldwide audiences," said Marc Schneider, director of global events at Riedel Communications. "The deployment of our MediorNet, Artist, Performer, and RiFace systems for the 2015 Gwangju Summer Universiade again demonstrates the value our integrated communications and signal-transport solutions bring to live-event production and broadcast applications."