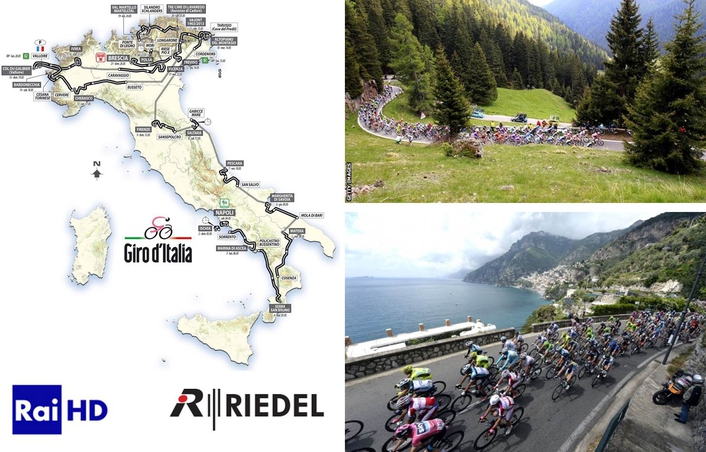 Each year, the Giro d'Italia is the first of Europe's three Grand Tours, with the Tour de France and Vuelta a España following in July and August, respectively. Every day, the tour moves to a new city along the race route. RAI engineers started early in the morning, rigging and testing the fiber network, and then spent the day supporting production of the actual broadcast event. In the evening, they took down the network and moved their OB vans on to the next city to prepare for the next race stage.

The modular design of Riedel's MediorNet allows frames to be configured and reconfigured quickly according to the demands of the production. Because the Riedel system supports both routing and transport, every signal is available at every node and can be made available via network management software. By using Riedel's fiber network, RAI not only reduced the volume, weight, and complexity of cabling, but also gained the flexibility to locate its OB vans at remote locations — a common requirement during cycling tour coverage — without risking signal degradation or loss. As a result, the host broadcaster was able to stay confident in the quality of the feeds it produced.