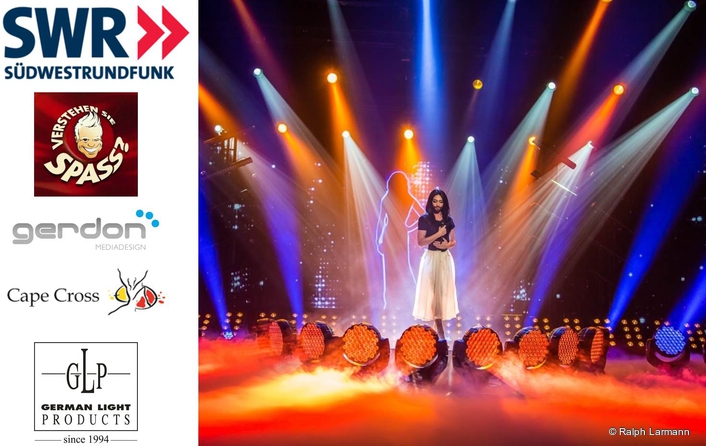 The man responsible is lighting designer Thomas Gerdon [gerdon MEDIADESIGN], a long-time user of GLP’s product platform, who has been brought in for the first time to provide dynamic lighting at broadcasters SWR (Südwestrundfunk) show recorded in the Bavaria Studios in Munich.

SWR are part of Germany’s ‘ARD’ broadcast cooperative, and the show itself had previously travelled from city to city, and was broadcast four times a year. Presented by Guido Cantz, and now in its 35th year, this has been reduced to four studio-based shows a year in 2015 — with the first live show broadcast recently. 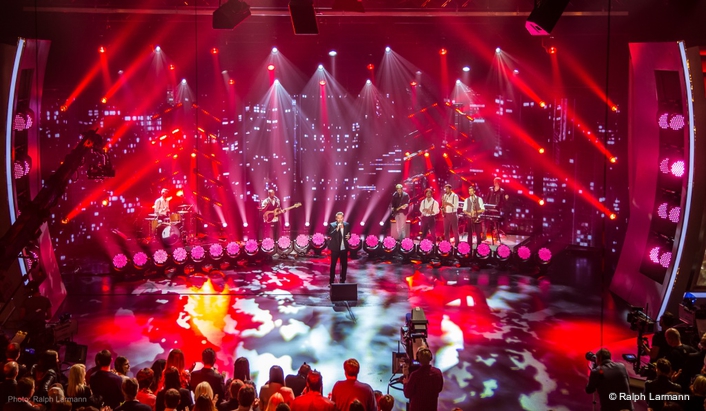 On the first show this year, which featured Eurovision winner Conchita Wurst, he deliberately ran the X4 Bar 20 high performance battens without diffusers in order to get the full beam force of the sweepers. Stating his design approach, Thomas Gerdon states that production gave him full rein to specify the lights of his choice. “The first thing I look at is the set design and speak to all the departments involved in the show. Then I start drawing the key lights and decorative lights before setting the FX lighting for the show.”

One of the first LD’s to deploy the new impression X4 Bar 20, which can be used a conventional cyclorama, wall washer or for mid-air beam effects, he had adopted the fixture after requesting a demo unit for evaluation.

“I really liked how the product worked in conjunction with the rest of the impression family,” he said. “It has all the features I like about the impression X4 range … such as the really good colours and the nice [7:1] zoom range. The motorised 210° tilt movement he describes as “the icing on the cake” — and this helped him add further dynamics to the beam. 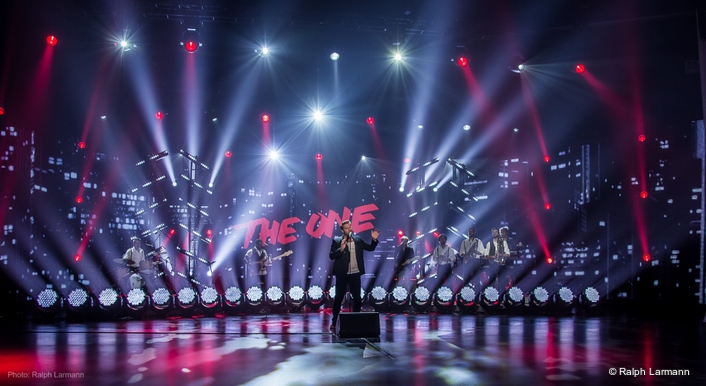 Summing up, he said, “The feedback from production was great; the GLP fixtures did a fantastic job for the show, and the support we received from GLP, as always, was excellent.”

While lighting for the Show Stage was supplied by GLP, the Set and Moderation pieces were supplied by Cape Cross who was the technical service provider for the show.

About GLP (German Light Products)
Founded by Udo Künzler in 1994 and headquartered in Karlsbad in Southern Germany, GLP (German Light Products GmbH) this year celebrates its 20th anniversary. GLP is a leading manufacturer of cutting edge lighting technology equipment and in recent years has been at the forefront of LED technology in the use of entertainment lighting. The company’s award winning X4 S series has become a standard around the world, specified by top LDs for its versatile and packed feature set. Constantly expanding its product range, GLP is committed to bringing environmentally friendly lighting technology to designers without expecting them to compromise in their artistic expectations. In 2009, GLP purchased the German video company G-LEC and increased its global presence by establishing a subsidiary in Los Angeles, USA, and in Hong Kong the following year.