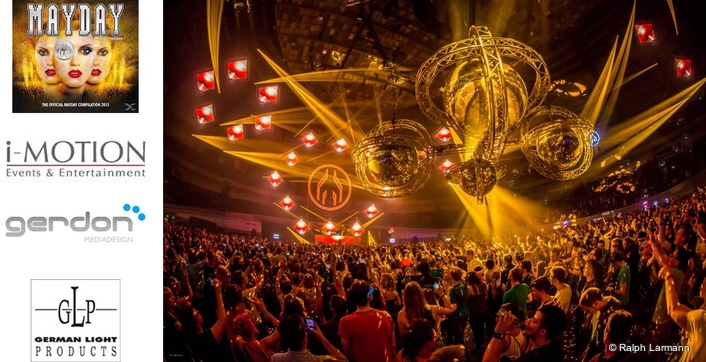 .
gerdon MEDIADESIGN’s Thomas Gerdon created another lighting extravaganza at Dortmund’s giant dome inside the Westfalenhalle for what has become an essential fixture in the calendar of Germany’s electronic dance music (EDM) fans.

Since 2012 he has been igniting the Mayday dancefloor with his far-reaching concepts for promoters I-Motion, often integrating LED fixtures from the GLP catalogue. And this year was no exception. 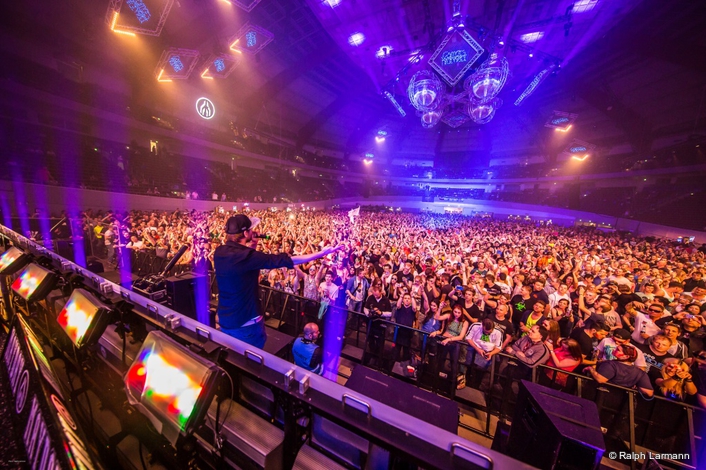 “It is always a challenge to produce an entirely new design every year — especially as it should never remind guests of something they have already experienced previously,” he said. “For this reason, I try to use new and innovative products, and find ‘tools’ that give me the opportunity to create new looks.

“I also ensure that the design works within the [oval] shape of the venue, because I want it to look like one big architectural unit, and not simply a big lighting rig placed inside a venue, which is the case with most rock show events.” 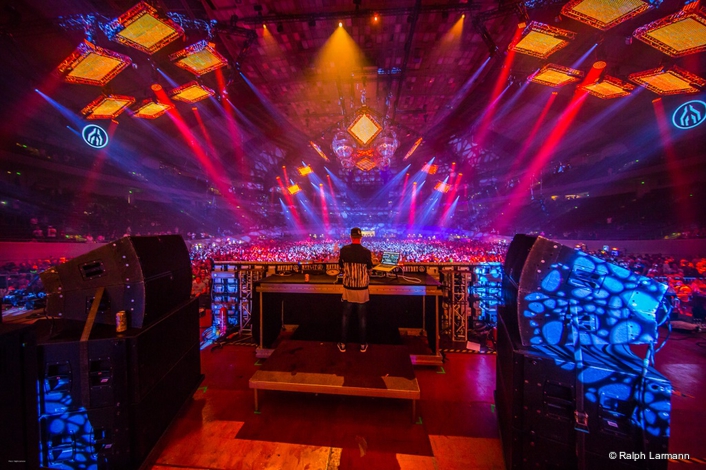 To that end he used nearly 100 different sized fixtures from GLP’s popular X4 series, characterised by their high output LEDs and convenient baseless designs. To light the downstage edge of the stage he deployed 18 of the tiny impression X4 S moving heads, while 24 of the large X4 XL dominated the giant mechanical centrepiece which hovered over the dance floor, moving up and down. Gerdon also turned to 48 of GLP’s new X4 Bar 20 100cm long versatile, high performance battens — again equipped with a 7:1 zoom ratio — for use as mid-air beam effects in the stage rig. 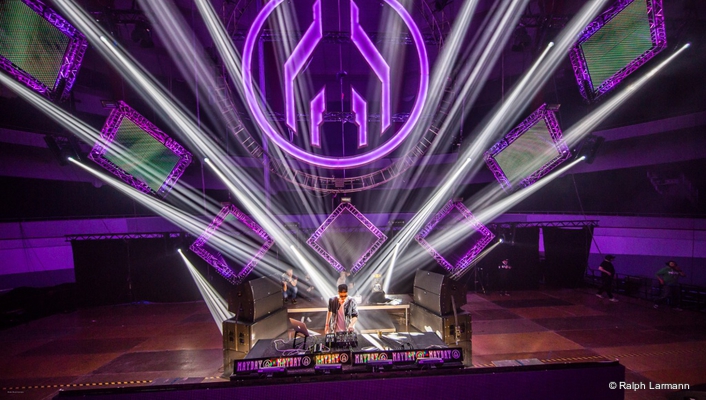 With Rando Lorenz working alongside as lighting director some 50 DJs kept the near 20,000 crowd enthralled relentlessly throughout the night from 6pm-9am, across five different floors. This represented all genres from trance to hard-style, tech-house, techno and minimalist and included international names such as Dash Berlin, Robin Schulz and Adam Beyer. And the impression range was equal to the challenge. 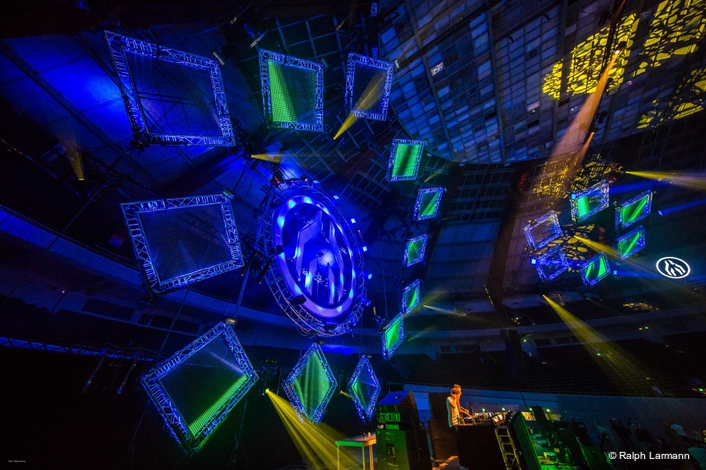 The LD was unequivocal in his reason for choosing the X4 series. “What I like about this product is that it is really mellow. The colour mixing works great and you can produce really high quality colours. The Zoom and speed of movement are more than fast enough and the optical quality in general is really nice. The reason I use the impressions is because of their lighting quality — and as always, I was very happy with their performance.” 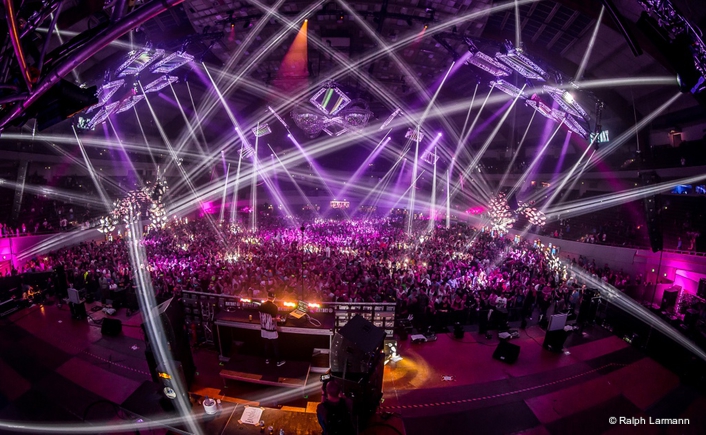 At the end of June, Thomas Gerdon will transfer his pulsating lighting concept to an outdoor environment for the pinnacle of EDM known as Nature One in Kastellaun. Again promoted by I-Motion, the rig will be purpose designed by gerdon MEDIADESIGN, as a former NATO missile base is transformed into a giant, industrial dance floor.