WIcreations Moves it for Vasco Rossi in Modena 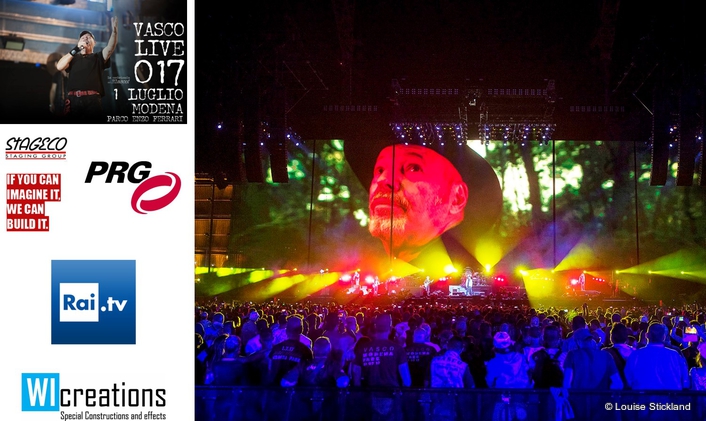 As well as working closely with StageCo, who provided all the black steel for the event, WI’s project manager Hans Willems liaised with Claudio Santucci from Gioforma, the show’s creative director. WIcreations has a long history of collaboration with IK Projects from Milan who provided automation operators and crew for this project.

The show was also televised live by national broadcaster RAI and streamed live to selected cinemas, extending the reach yet further as well as being recorded for DVD. It was a BIG deal! 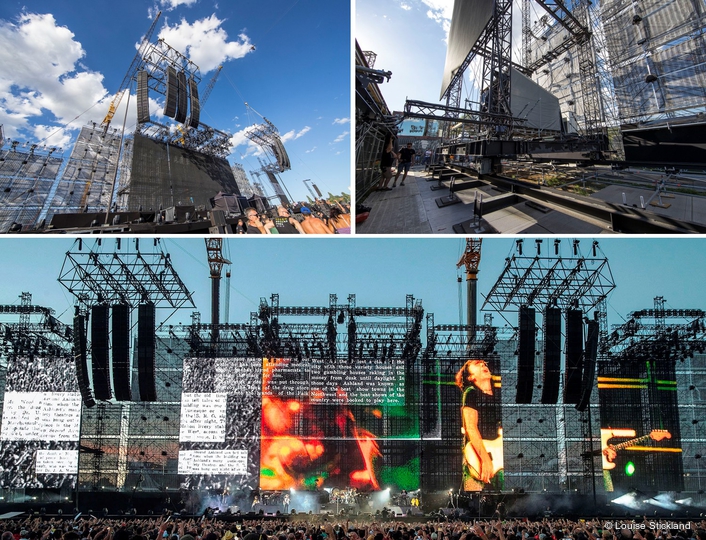 The four towers that needed moving included 9 metre wide by 15 metre LED screen surfaces on the front, lighting pods, some that moved which were part of Giovanni Pinna’s elaborate lighting scheme - and rigging elements, video processors, power distros etc., so Hans came up with the genius solution of putting the generators on the towers.

This enabled all the production equipment on each tower section to be neatly and ‘locally’ cabled, while the generators doubled as ballast for the towers. 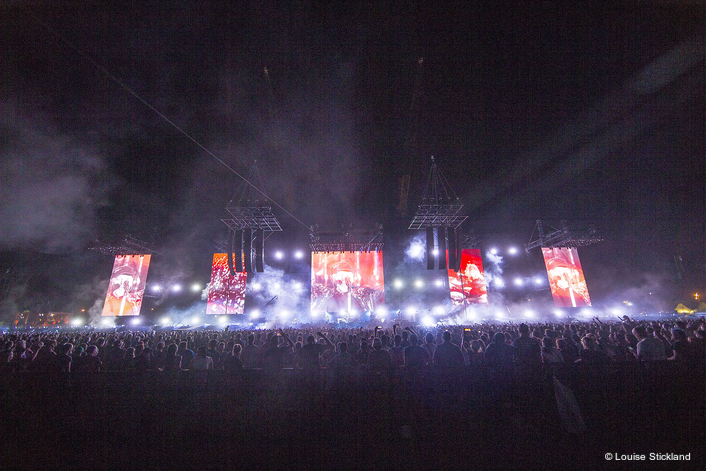 The four wheels on each tower alone were rated at 18 tonnes of weight loading each – variable depending on how the wind was blowing - and each tower glided gracefully up and down 125 metres of track powered by two special drive trolleys.

All the safety calculations, risk assessments and general health & safety requirements for this aspect of the show’s automation were completed by WI in conjunction with the H&S experts, The Blumano Group.

A full E-Stop system was implemented as part of this and the towers were certified to be driven at a maximum speed of 150 mm per second.

The four moving screens shifted into several different configurations during the show in relation to a fixed centre screen surface measuring 30 metres wide by 9 metres high which provided an additional layer of dynamics to a dramatic stage backdrop. 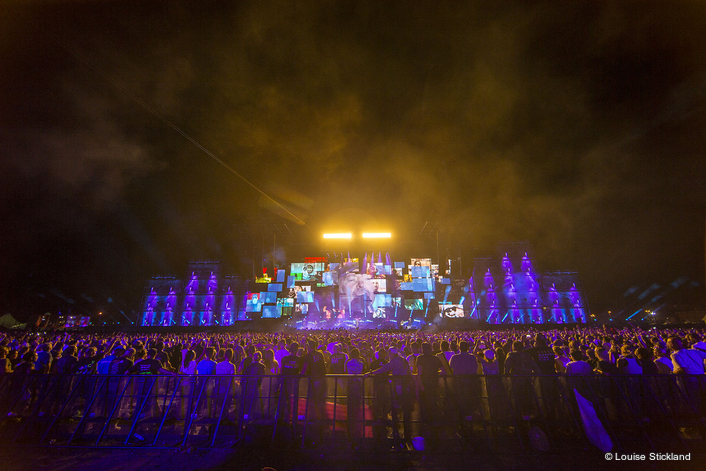 The different cues were programmed with timing into a Vector desk which was operated by Matteo Marastoni of IK Project. All the movement was choreographed to work with the video content appearing onscreen and the lighting cues being run by Giovanni.

The project was managed for WI by Hans Willems who commented, “It was great to work with StageCo and PRG on this … we all have an excellent rapport and this is a great example of all how our interdisciplinary skills and expertize can symbiotically combine” 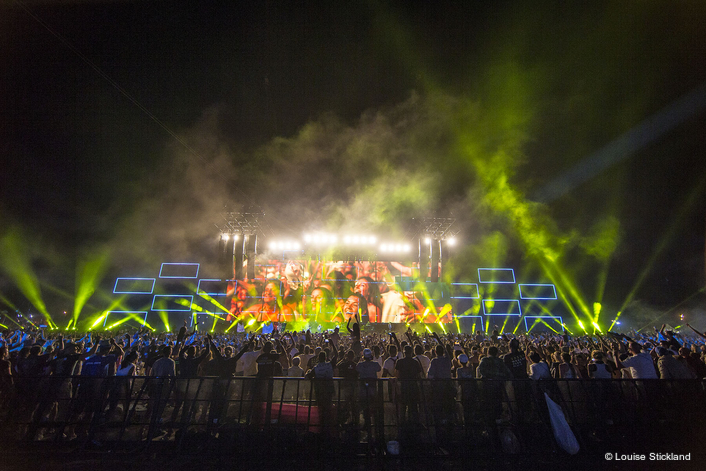 The results were truly spectacular and appreciated by Vasco’s numerous fans at one of the biggest single-artist concerts in Europe this summer.

WIcreations is also providing automation for another leading Italian artist, Tiziano Ferro, who is currently on tour with many members of the same production team.

Vasco Rocks Modena with 550 Robes in the Rig!
WIcreations Celebrates 10 years in Style
WI Moves the Monolith for Beyoncé