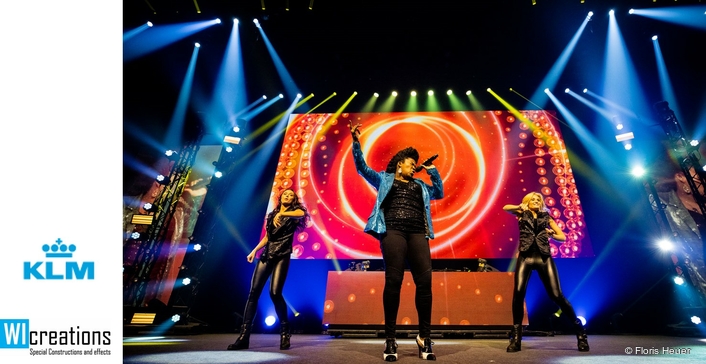 KLM – the Dutch national airline – celebrated 100 years this month, making it the world’s oldest airline and the first airline still operating under its original name … to reach its centenary.

To mark this landmark occasion, Hangar 10 at Schiphol Airport, Amsterdam, The Netherlands, a vast space at one of the world’s busiest hubs, was cleared out to host multiple days of a spectacular “KLM Experience” event, where guests were treated to an impressive overview of KLM’s past, present and future. 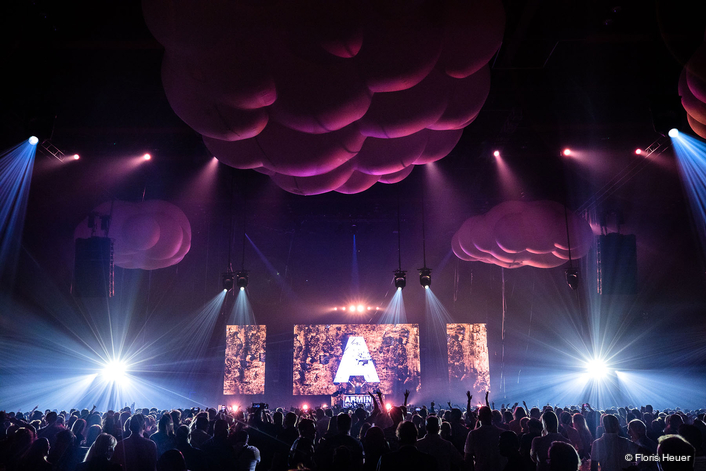 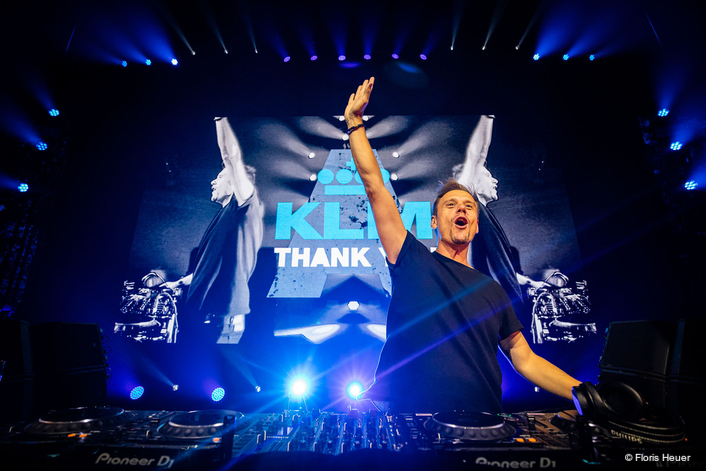 The screen was the centrepiece of the event’s show.
A special movie was screened taking an in-depth look at KLM’s development over the decades and its pivotal role in the history of international civil aviation.
The screen measured 17 metres long by 5.7 metres high, and split into three sections. The centre one at 10.5 wide was flanked by two at 3.36 metres wide, with a total weight of 2.6 tons.

The project was managed for WIcreations by Geert Stockmans who worked closely with Unlimited’s Bart Roelen.
Geert commented, “MCA offered a perfect solution for this high-profile event, combining accurate, dynamic control with reliability and all the correct certification. This was also an ideal scenario for the system which offers powerful and intuitive next-generation automation control for numerous applications.”

Other components of the automation system included several WI-hoists and metres of WI-track.
Three gala dinners were also included in the event programme, one for officials, politicians and dignitaries and two for KLM executives, managers and board members. Special guest appearances for these included Armin van Buuren and a host of other music stars and entertainers! 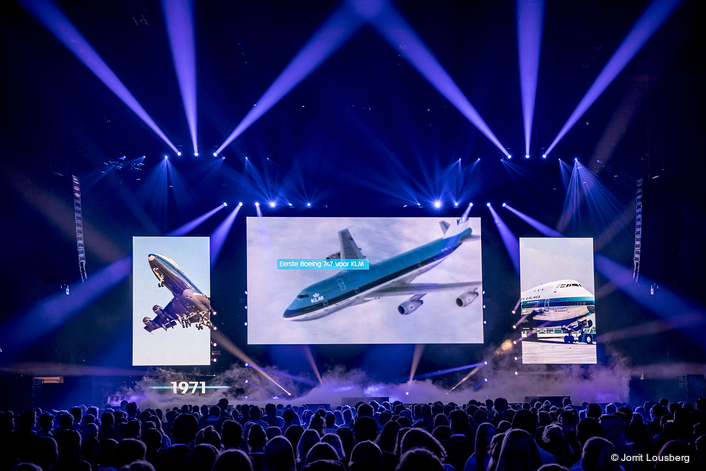 On other days, the “KLM Experience” show was run several times for groups of KLM employees and their families, both past and present, and for students involved with aerospace engineering, aeronautical design and other associated industries, so the automation was constantly in motion as the show thrilled a diverse audience over the period. 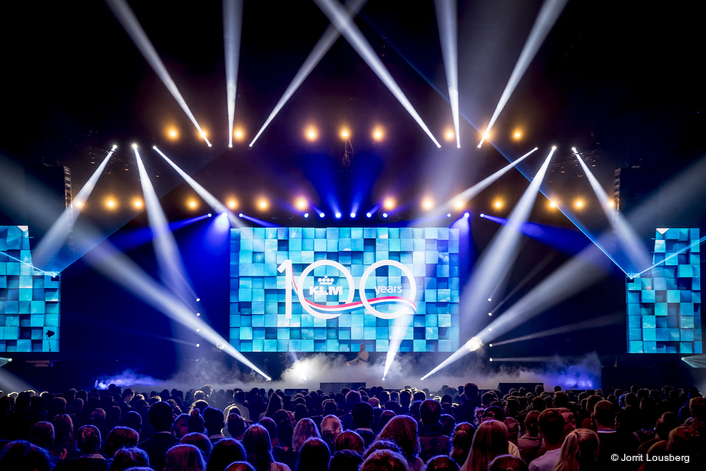 WImotion with MCA control is a new system just launched by Belgian entertainment engineering specialist WIcreations as a comprehensive next-level solution that is fully and relevantly documented, meeting the most stringent of safety regulations worldwide and fully compliant with all the current and new standards.