Very Much Alive with Phil Collins!

Singer, songwriter, instrumentalist, hit-maker and one of the world’s best-selling recording artists - Phil Collins - was on the road last month (June 2017) for his “Not Dead Yet” mini tour, named as per his autobiography published in October 2016. Collins’ long term lighting designer Patrick Woodroffe has created a stylish, animated lightshow, which is directed and operated on the road by Roland Greil, who also acted as the associate designer for the show - the two have collaborated on a number of projects in recent years including Adele last year, and on this one they worked closely with set and scenic designer, Misty Buckley.

Patrick has worked for the artist for nearly 20 years and this tour celebrates his return from ‘retirement’ … it plays five nights at London’s Royal Albert Hall – which sold out in 15 seconds! – and multiple shows in the Lanxess Arena in Cologne, the AccorHotels Arena in Paris as well as shows in Dublin. It culminates in the former rock supergroup Genesis drummer’s largest ever solo show in Hyde Park at the end of the month. 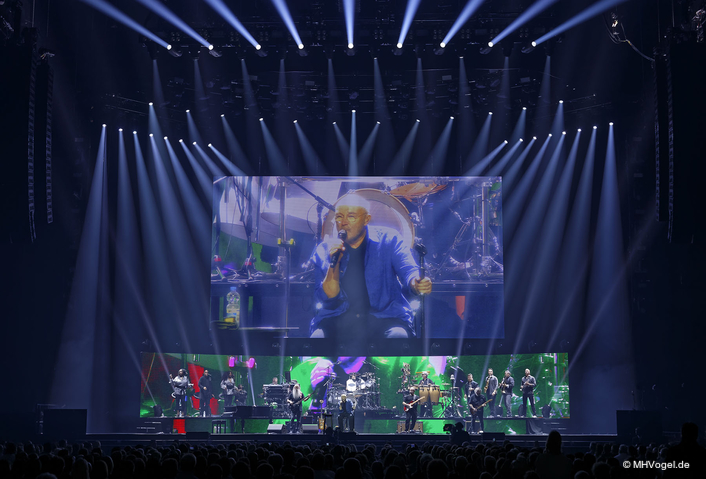 The show – for which Collins is most definitely centre stage - is based around a stunningly elegant and almost timeless – but understatedly modern - stage concept with a flexible and vibrant lighting rig.

Two LED screens are an integrated part of the scenery together with some additional ‘soft’ scenic elements like an Austrian gauze, a chic silver curtain and a star cloth adding flourishes of classic stage magic.

A wide dynamic range of lighting looks have been crafted by Patrick and Roland, all taking the music as their base inspiration. Some numbers are classically theatrical, others are full-on pop-tastic, and as the set unfolds it reveals a run of gripping, memorable rock looks and progressive contemporary scenes. Two songs even feature a ‘ballet’ of lights, utilizing 11 fixtures rigged on individual hoists with RSC Lightlocks that move freely above the stage!

Flipping between so many moods, smooth and seamless transitions were essential for the lightshow flow.

Forty-seven of the BMFLs are rigged between the overhead positions and on two vertical side ladders upstage and are used as key lights, backlighting spots and traditional spots to create tight, precise looks.

BMFLs are a huge part of the show and were selected for their “Versatility and elegance, plus the ability to create some very powerful looks,” stated Roland.

The 48th BMFL Spot is being controlled via the RoboSpot system and is used as Phil’s main backlight instead of a standard truss spot. 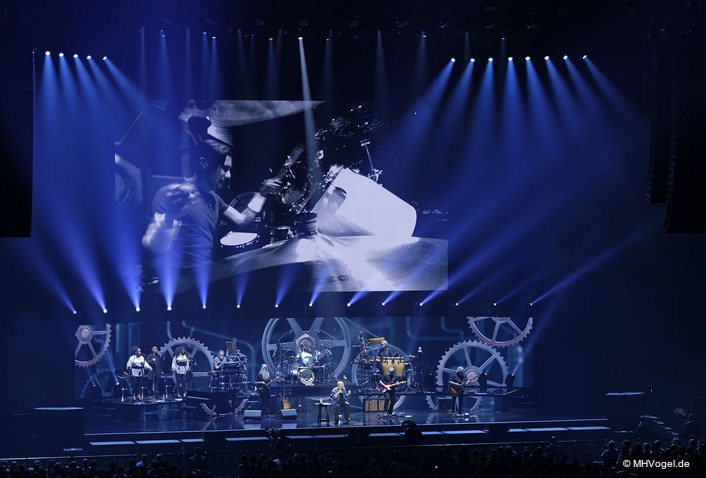 There are both physical and aesthetic reasons for this. Firstly, because it is handy to control certain parameters from the grandMA2 lighting desk.

More importantly still, it is a very tight rig, so there isn’t the space to rig a classic back truss spot, which would also not be appropriate for the clean and definitive aesthetic of the design. 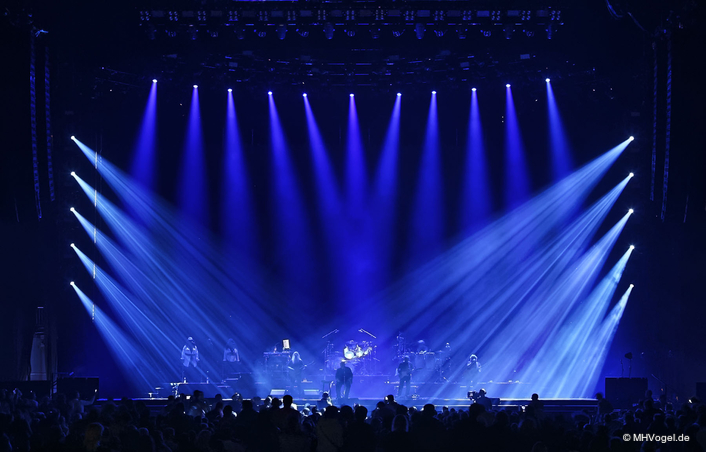 RoboSpot has been developed for exactly this type of scenario -   where a follow-spot operator cannot be placed directly at the controlled fixture. The system can remotely control any Robe BMFL fixture and utilizes an external camera to follow the performer.

The PATT 2013s are used for three songs in the set as elegant looking lighting fixtures, as well as a scenic element. 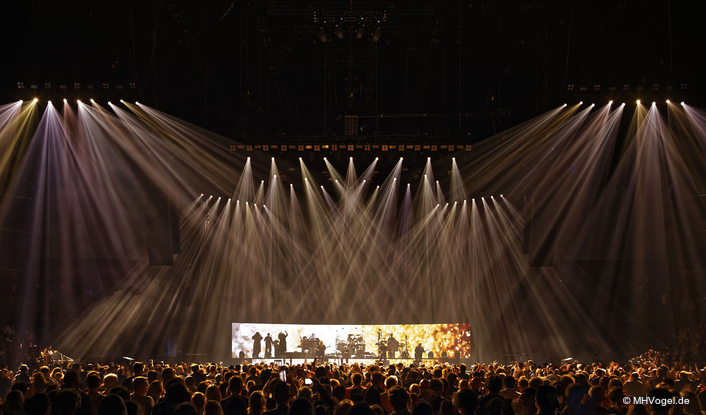 Video is integral to the show, with a balanced mix of special playback content created by Sam Pattinson of Treatment and IMAG directed by Ruary Macphie, while Joshua Keys handles the media servers. The show’s styling features IMAG feeds imaginatively treated with colours or shown in sepia, monochrome, etc.

Patrick first specified Robe moving lights on one of his designs in 2007 - ColorSpot 2500E ATs for the Genesis “Turn It on Again” world tour. More recently, BMFLs have started making regular appearances in his work including for the AC/DC and Adele world tours. He used Pointes on the Rolling Stones 2014 ‘On Fire’ European tour. 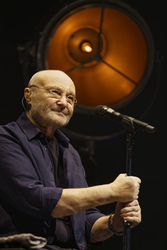 Roland explained the essence of the workflow between him and Patrick, which will kick off with initial design ideas from Patrick for which he draws on multiple inspirations and sources.

They discuss creating a lighting rig together, thinking about fixtures, visual effects, contexts, etc., and including other elements like scenics and video. Based on their conclusions, Roland then concentrates on looking after the details, like lighting positions, fixture choices, etc.,  maintaining a fluid and ongoing dialogue throughout with Patrick.

Further down the line, Roland handles the technical and administrative elements with the tour production team and different vendors, while Patrick is engaged with the artist directly, managing client relations as well as maintaining a keen eye on the overall evolving picture.

Ahead of rehearsals, Roland will break down the proposed set musically and use pre-viz technology to create basic building blocks, so they are well-prepared and can bring a basic show to this stage of the process. This facilitates the best and most efficient use of production rehearsal time – which is always tight and often pressured - where together and in conjunction with the whole production team and the artist, they will refine and finesse the lightshow into a final visual result.