Prolific multi-instrumentalist, songwriter and record producer Todd Rundgren has just released his hot new “Global” album, and is one of the highly innovative artists in the current portfolio of Lighting and Visuals Designer and touring Lighting Director Martin Thomas.

Martin has been touring regularly with Rundgren for around six years and is now out with a tower and floor specials lighting package comprising just 18 moving lights - twelve Robe Pointes and six Robe MMX Spots - plus LED video panels.

With lighting and visuals absolutely at the essence of the energetic and fast-paced show, Martin was confident he could deliver all the dynamics needed with just these few touring elements, as well as hooking in to a different ‘top’ rig each night at the various venues on an eclectic itinerary. 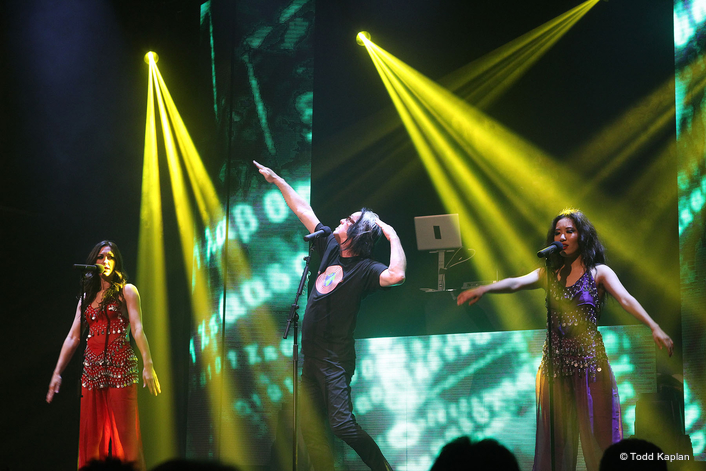 Initial phone conversations between Martin and Rundgren revealed the desire to create a melodic EDM ambience onstage, so Martin decided to create a basic set framework around the performance space with four 14ft high upstage trussing towers, each rigged with 12 x 8 mm Omega LED tiles and two Pointes on the top.

Visions embraced by the new album are many. It fuses and crosses over multiple musical styles and genres and touches on environmental issues, the quest for world peace and the inspirational work of activists like Malala Yousafzai, all of which have a huge relevance to the simplicity and power of the title. The video content extends this potential cerebral reach of the title by being provocative and interesting rather than predictable and obvious.

The overall aesthetic developed is more theatrical than 2013’s “State” album tour, and also features several layers of physical movement that make specific use of the stage space, and Martin relished the challenge of using just 18 carefully chosen fixtures to craft the lighting. 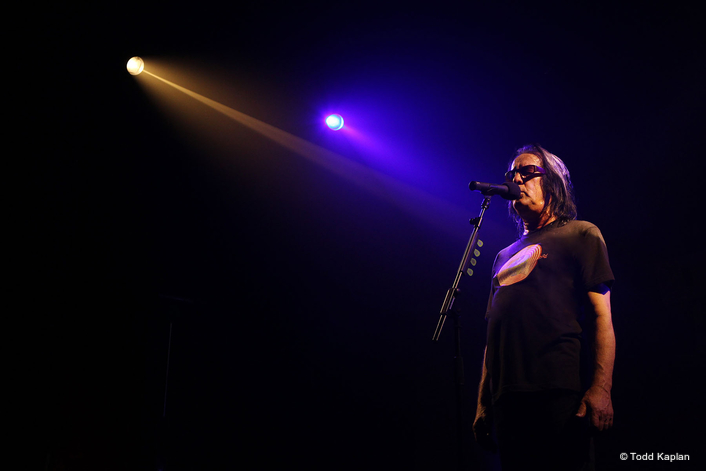 The Pointes were selected for being a “great effects light” capable of producing such a range of different looks. The Pointes also do most of the wash and spot work onstage, their sheer functionality making them “extremely efficient workhorses. Every day, when I fire up the rig, the local technicians are completely blown away with all that the light can do.”

A palette of colours and looks is programmed for each song, with the MMX Spots providing quality saturated washes to match the base hues. “They are another really adaptable Robe lightsource,” said Martin, “giving broad wash options and a really ‘full’ light”.

The Pointes and MMX Wash beams are being supplied by Howard Ungerleider’s company PDI, Inc. and Craig Mitchell from LMG.

Martin has been using Robe products since the Pointe was launched in 2013, a trend he continued in 2014, specifying MMX WashBeams for the first time on Jill Scott’s 2014 world tour. “I’m really happy with Robe,” he declared. “They are really excellent fixtures with a lot of great, imaginative minds designing them, and the support and enthusiasm from Robe Lighting Inc. is phenomenal”. 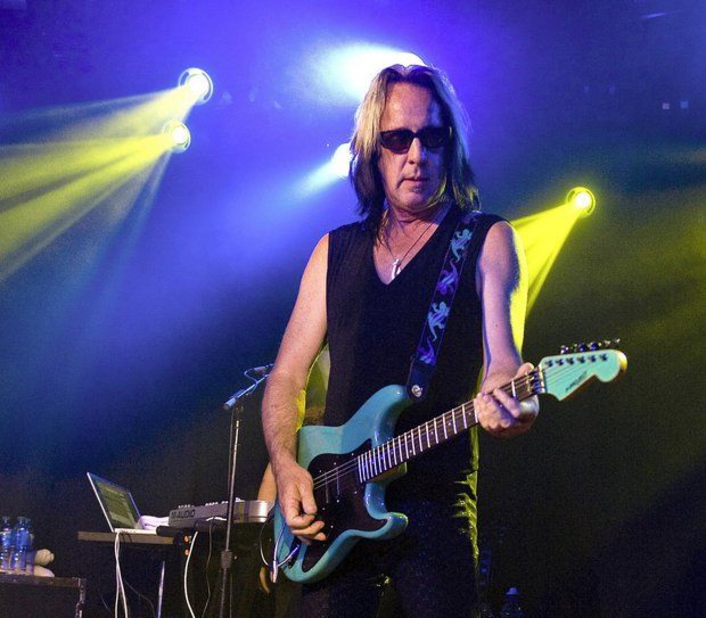