When NewTek’s Video Toaster first arrived in 1990, it was a jaw-dropping moment as video professionals realized that you no longer needed an expensive SGI supercomputer to flip and spin video, create 3D animations, and other eye-candy video effects. The Toaster put a whole TV studio and post house on an Amiga computer for under $5,000.

Rock icon Todd Rundgren was so smitten that he pushed a daisy chain of 10 Toasters to render out his now-classic effects-laden music video of “Change Myself,” among other songs from his 1991 “2nd Wind” album. Later, when the first NewTek TriCaster® came out, Rundgren’s long-time recording engineer and production manager Chris Andersen stepped in to help him produce a series of live webcasts using the TriCaster to promote Rundgren’s latest tour.

Fast forward to May 2017 when, just like old times, Andersen used the latest NewTek products to produce a 4K concert video of Todd Rundgren’s White Knight Tour that again pushed the creative boundaries of their video artistry. The concert took place on May 13, 2017, at the Ulster Performing Arts Center, in Kingston, NY, before a sold-out crowd.

“While 4K resolution on its own is a monumental industry breakthrough that poses distinct advantages at every stage of production, it’s even more extremely powerful when you combine it with the fast emerging video over IP infrastructure,” Andersen added. The IP Series supports NDI®, a NewTek innovation that uses gigabit Ethernet for cost-effective video over IP, compared to more costly fiber or conventional SDI.

While Andersen personally witnessed every seismic shift to hit the media production industry over the last 42 years—including analog-to-digital audio and the SD-to-HD-to-4K video transitions—this seasoned professional found new challenges as he worked to integrate the NDI IP production 4K workflow.

The capture system also included six Panasonic UC-3000 4K studio cameras and Fujinon 4K lenses that were brought in especially for this project. And given the historic nature of this live 4K video shoot, technical experts from NewTek, Panasonic and Fujinon were on-site to assist with the truck upgrade and to ensure that everything related to their respective products went off without a hitch. 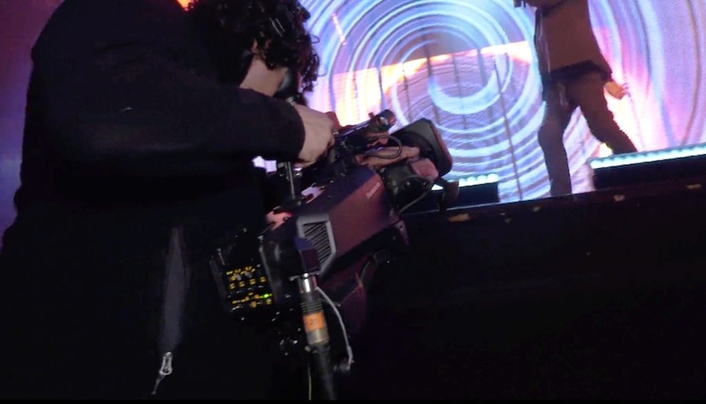 On stage, two video walls were set-up 12 feet apart, one in front of the other. The front screen was slightly transparent so that the audience could look through it and see the rear screen, which produced an interesting 3-dimensional illusion with much of the projected content. Since Rundgren’s band actually performed between the two screens,  Andersen’s crew built two platforms in the stage wings to give camera operators a better vantage point to get good band shots during the show. 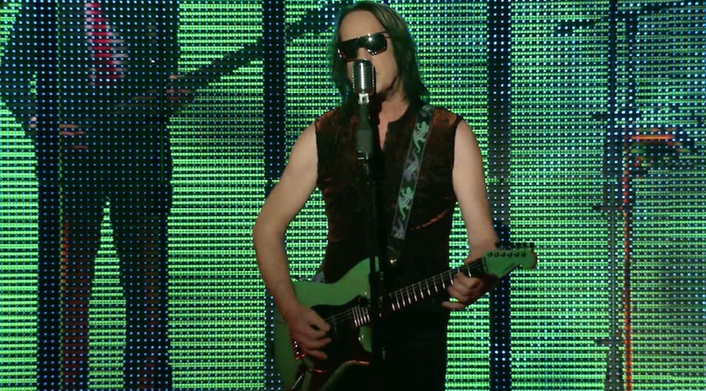 There will be a feature-length HD version of the concert, which is currently being edited at Nevessa. A 4K release is under consideration.

“Even when the final video product doesn’t require 4K resolution for distribution, it still pays to shoot in 4K because it keeps the content evergreen, so it will have a longer shelf life,” Andersen explained. “But there’s also another big creative advantage for HD post production. If you shoot video in 4K, the shot can be improved in post—maybe the camera work is too static or you want to feature a particular player—the resolution is high enough that you can punch into the shot,”he added. “Or create new camera movement without losing video quality the way you would if you tried to do that with HD footage.” 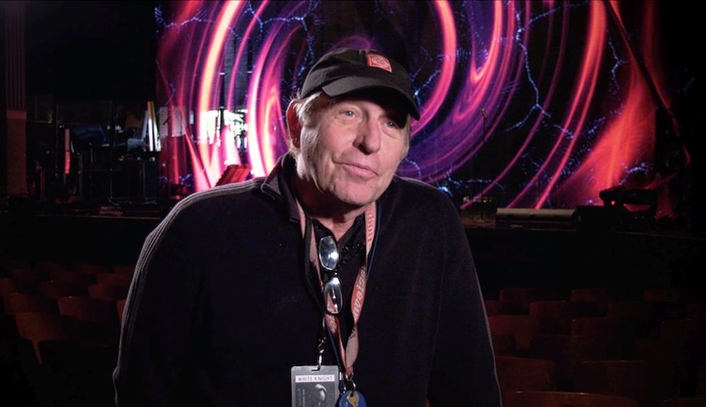 "Without the end-to-end NDI IP infrastructure, working in 4K resolution would not be as easy, cost-effective or rewarding,” says Chris Andersen of Nevessa Production Woodstock

For the 4K Rundgren concert shoot, Andersen used his Unit Three production truck upgraded with the  NewTek IP Series equipment. The VMC1 switched the six Panasonic 4K cameras. Camera deployment included: a jib in the rear of the house extended over the audience, three handhelds, two in the stage wings, one in the pit and two front-of-house cameras, one with the latest Fujinon 80x 4K box lens and one with a wider lens.

“One challenge to 4K production is making sure you are accurately shading all the cameras,” Andersen said. “If the shading is off a little bit, or the picture is slightly out of focus, the super resolution is very unforgiving and those errors become glaring. The shading must be monitored continuously and modified as lighting conditions change. These issues are even more dramatic in our festival coverage, such as at Mountain Jam and the Taste of Country festivals, when gradually moving from daylight to stage lighting. 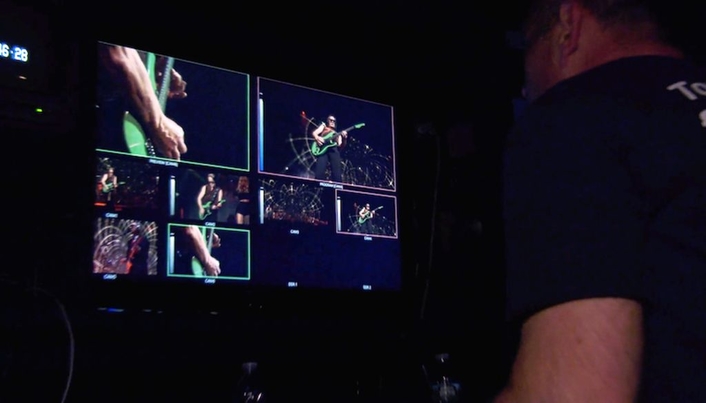 The 4K camera video and control signals were conducted to the truck camera control units over tactical fiber and converted in the Panasonic CCUs to quad link, then fed to the NC1 interfaces for ingest to the VMC switcher via NDI IP.

Each NC1 can accommodate (2) 4K cameras or (8) cameras in HD resolution. It is worth noting that the NC1 ports can be defined as inputs or outputs, which is a great utility for sending signals back to the stage and the lighting designer, for example. The 4K camera ISO-recordings are made directly in the NC1 interfaces on external hard drives. To conserve bandwidth and processor load, Andersen said that the NC1 sends a lower-res proxy image for reference, but switches instantly to full 4K resolution when the director takes a particular shot. 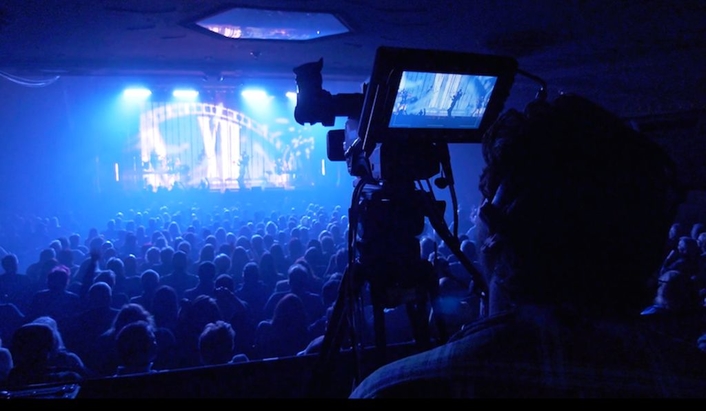 Todd Rundgren performs at the Ulster Performing Arts Center, in Kingston, NY, before a sold-out crowd, captured in 4K

“While 4K resolution is extremely beneficial to both production and post production,” Andersen said, “To me, IP video distribution is a much bigger deal. NDI has the capacity to carry multiple resolutions simultaneously in a very cost-effective manner. Much of our responsibility with our music festival clients has to do with the complex distribution of our video cut and lucrative advertising to jumbotrons, VIP tents, vendors and public areas. NDI gives us options that save money. Without the end-to-end NDI IP infrastructure, working in 4K resolution would not be as easy, cost-effective or rewarding.”