Stars on Stage by Ralph Larmann 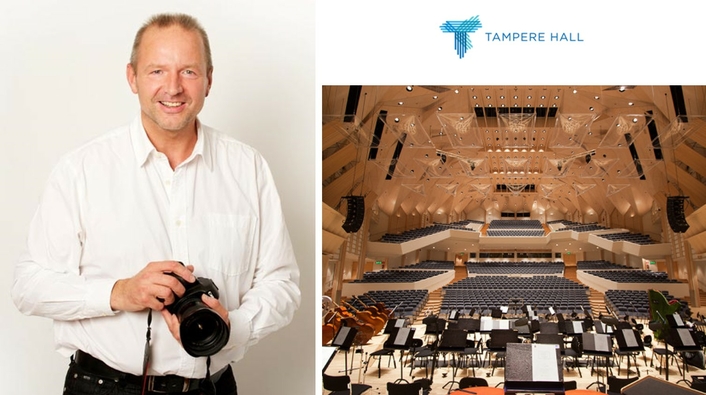 Tampere Hall will showcase spectacular works by the German photographer Ralph Larmann featuring the superstars of rock and pop music.

Ralph Larmann, born in 1963, calls himself a performance photographer. His career began in the late 1980s and since then, he has photographed, among others, AC/DC, U2, Justin Timberlake, Michael Jackson, Ed Sheeran, Pink, Robert Plant, Prince, as well as Kaija Koo, Cheek and Sunrise Avenue.

All in all, the photographs in Duetto Halls 1 and 2 will take you to more than 60 concerts and events around the world. The Stars on Stage moments captured by Larmann have a special glow and the sharp and vivid photographs make you a part of these massive events – even without the sound! 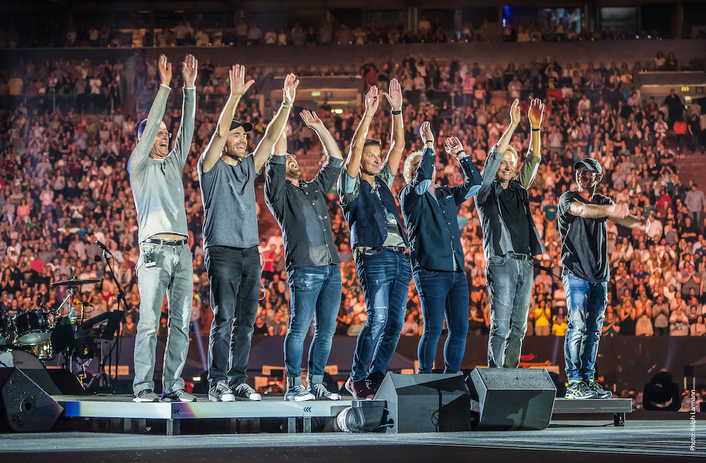 Larmann has also published coffee-table books Stage Design and Stage Design Emotions. In addition, he has been an integral part of the creation process of more than 20 other coffee-table books. The most important of these are the Rock Or Bust book by AC/DC and the U2 360° – From the Ground Up by U2. Ralph Larmann is still actively photographing the biggest bands and major events, and he has shown his abilities as a world-class artist capturing major events several times in Finland as well. 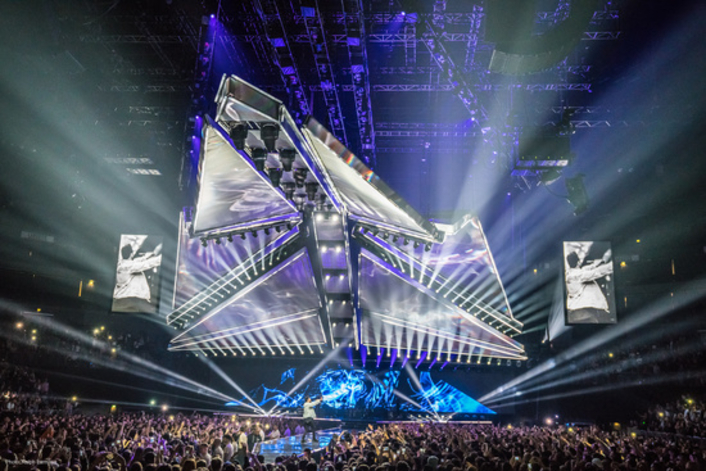 Exhibition will be open from 30th of June until 18th of August at Tampere Hall Park Hall. 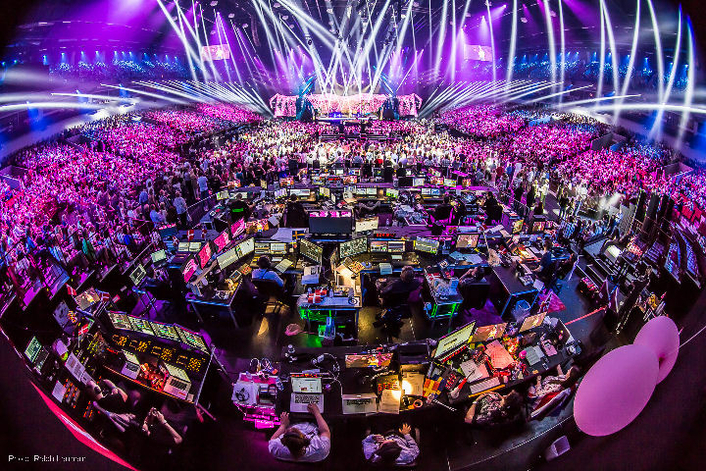 Ralph Larmann, born April 20th 1963, studied drums with a focus on popular music at the Rotterdams Conservatorium before he later turned towards photography and journalism. Since then he has created complex photo documentations on national and international stages. Since 1989 Ralph Larmann has captured many celebrities, performances, events and productions creating fascinating images.

Since 1992, Larmann has designed and produced high-quality coffee-table books, concert brochures and exhibition catalogues for companies and many different artists from the world of rock and pop musicas well as classical music and since 2000 with his own full-service business, the Ralph Larmann Company. To date he has participated in producing more than 20 coffee-table books. 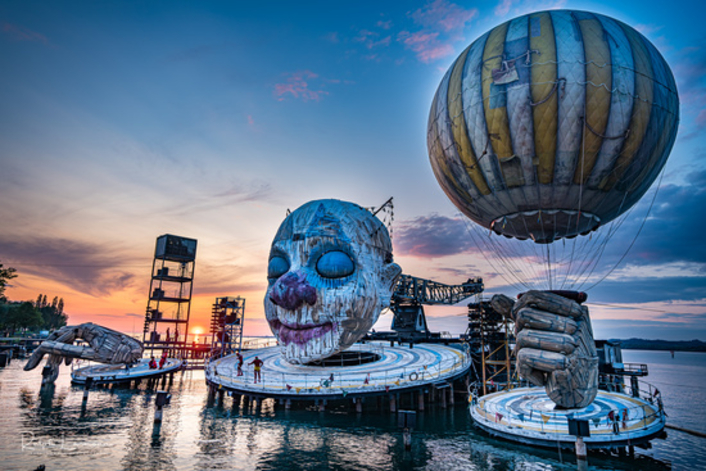 With his own coffee-table books STAGE DESIGN and STAGEDESIGN EMOTIONS he combined 58 different productions from the areas of theatre, opera, musical, concert tours, TV shows and special events on 400 pages. Each is rich in visual details and developed from perspectives that are usually not accessible for the regular audience. A “Ralph Larmann coffee-table book” was published for the first time in Chinese language in China, Taiwan and Hong Kong in May 2012 under the title THE CHARM OF LIVE STAGE DESIGN. The 3rd STAGE DESIGN book will be published in 2018/2019. 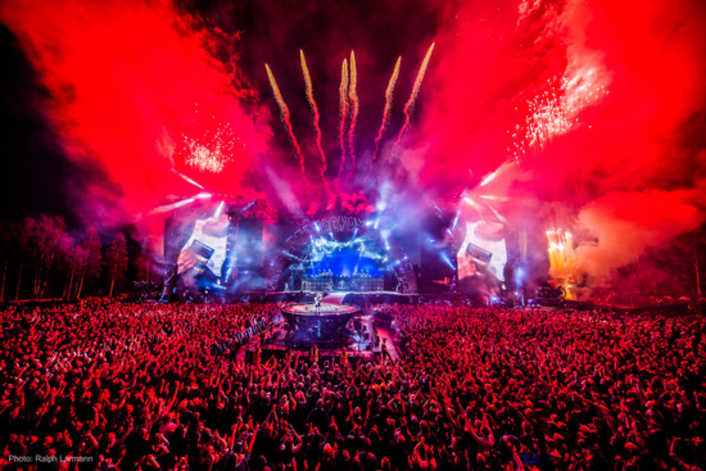 In October 2012 Ralph Larmann published, in cooperation with the band U2 and the author Dylan Jones, the official coffee-table book “FROM THE GROUND UP“ as part of the U2 360° TOUR (the most successful worldwide concert tour of all times with 7.2 million tickets sold). This worldwide publicised creation represents the current highlight of Larmann’s photographic work.

Among his recently designed photo documentations special attention should be drawn toward the two shows 50 YEARS THE ROLLING STONES in the London O2 Arena and two 14 ON FIRE shows in Berlin and Paris photographed by Larmann on behalf of the AC/DC ROCK OR BUST World Tour final rehearsal and first two shows in May 2015, several TAKE THE CROWN & SWINGS BOTH WAYS shows of entertainer Robbie Williams (also in the O2 Arena, London & Wembley Stadium, London), the two CHEEK concerts at the Olympic Stadium Helsinki in 2014, the Justin Timberlake 20/20 EXPERIENCE world premiere in Brooklyn/NYC, Celine Dion LIVE IN PARIS, Michael Bublé TO BE LOVED the opening ceremony of the OLYMPIC & PARALYMPIC WINTER GAMES SOCHI 2014, the DOWNTOWN DUBAI NEW YEAR’S EVE 2013 in front of the Burj Khalifa, the world’s highest building in Dubai/UAE as well as the MUSCAT FESTIVAL OF LIGHTS 2013, the QATAR NATIONAL DAY 2013 event in Doha, Qatar, the SAUDI ARABIA National Day 2014 in Riyadh, Saudi Arabia and THE CIRCLE OF LIGHT FESTIVAL 2013 / 2014 / 2015 & 2016 in Moscow, Russia. 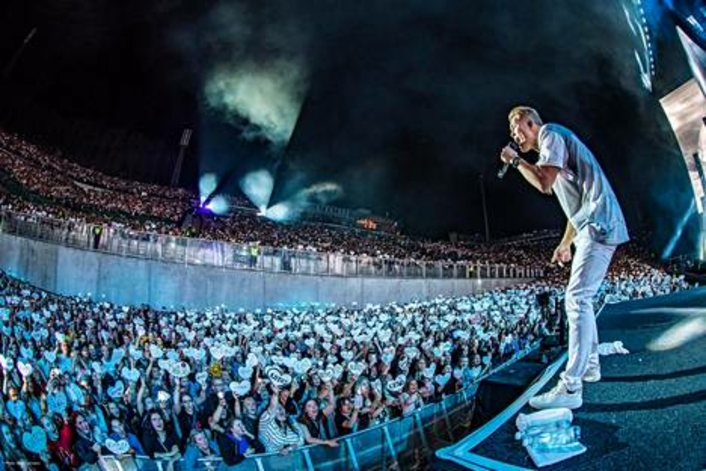 On March 23rd 2015 Kylie Minogue published her Blu-ray / double-CD Box KYLIE - KISS ME ONCE LIVE AT THE SSE HYDRO GLASGOW worldwide with a cover photo of Ralph Larmann.

For many years Larmann has held regular lectures regarding his work and the topics of stage and light design at renowned universities (Beuth University of Applied Science Berlin, Technical University of Vienna, University of Popular Music and Music Business Baden-Württemberg and the New Design University St. Pölten) as well as in several companies. He emphasises and powerfully emotionalizes his lectures using his photography as a unique visual tool. 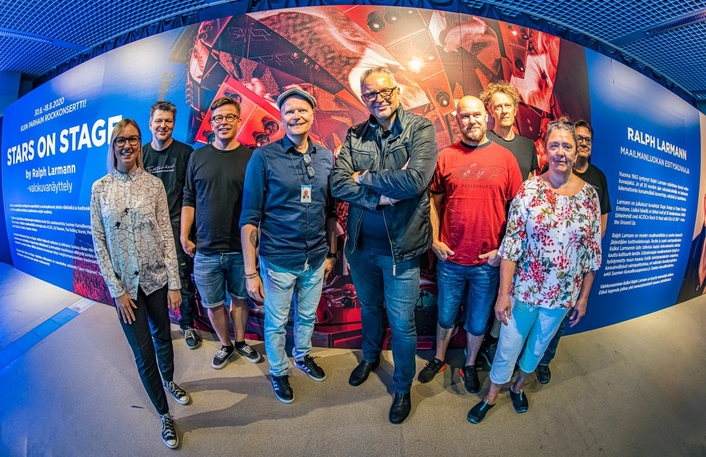