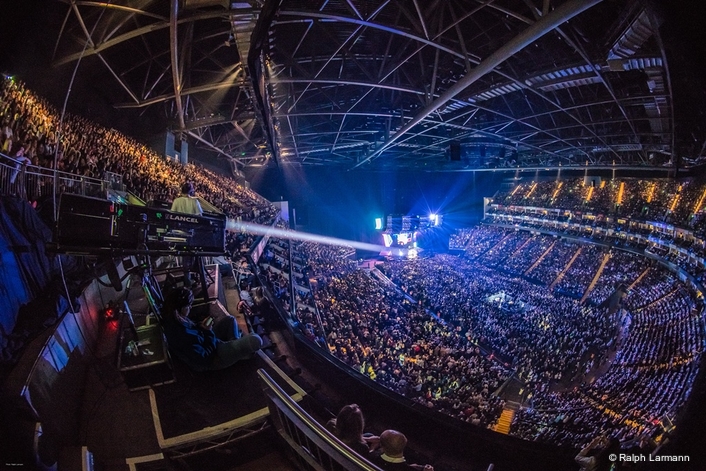 English singer-songwriter and global superstar, Ed Sheeran’s current world tour in support of his third studio album ‘÷’, is a huge 187-date tour which started in Turin, Italy in March 2017, and will play stadiums across Europe, North and Latin America, Asia, and Australasia before returning for a second European leg throughout summer 2018.

This is a mammoth adventure by the solo singer whose every move on stage will be followed by two of Robert Juliat’s heroic Lancelot followspots, supplied by UK-based lighting hire company, Lights Control Rigging (LCR).

Robert Juliat’s Lancelot is a 4000W HTI followspot designed for very long throw applications, with a 2°-5° zoom and an innovative optical train that delivers an extremely flat beam and improves on the power of its smaller counterparts.

The two Lancelot followspots were specified for the ÷ tour by production designer, Mark Cunniffe, who has worked with Sheeran as lighting and production designer since the star first broke onto the music scene in 2011. It was clear Cunniffe needed a quality fixture to pick out the singer to his best advantage against the massive, video-heavy set that surrounds him.

“I chose the Lancelots for a number of reasons,” says Cunniffe.  “Firstly, I love the optics of the Robert Juliat products which guarantee a flat field and good output. Secondly, the Lancelot is always a rock solid followspot to take on tour. It is great to be able to travel with the lamp in situ in the spot and, with 187 dates, we needed something we could trust to be truly durable.” 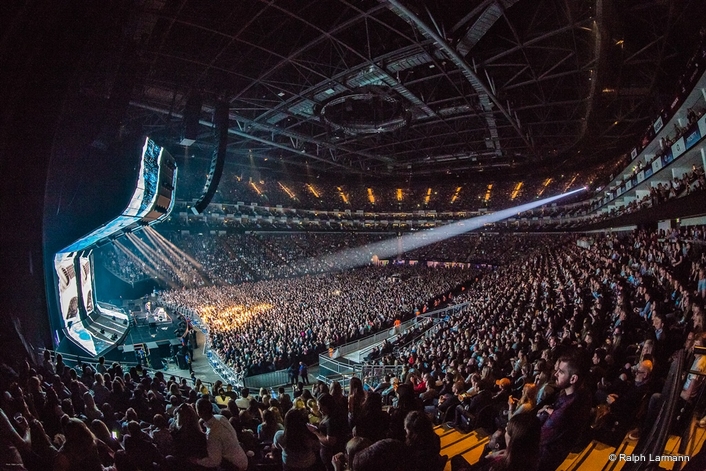 Six months into the tour, Cunniffe has been proved right: “The Lancelots have been very reliable and shown themselves to be extremely technician-friendly in terms of maintenance and road-worthiness. As expected they have been excellent all round.”

Robert Juliat prides itself in designing its fixtures with all its end users in mind: in addition to the optical and build quality, the comfort of the followspot operators is paramount. “Our spot operators love the Lancelot for all the usual RJ reasons,” says Cunniffe.  “The ergonomics of the unit and the weight balance are superb for a start, and the ability to attach sights to the side is a crucial aspect. Sights are invaluable when covering the throw distances of an arena or stadium-sized venue – and when there is only one singer and his guitar to focus on, it’s extremely important for the pick ups to be accurate.”

“As a rental company, investing in products such as the Robert Juliat Lancelot is essential to ensure our clients receive a strong reliable touring product,” says Mike Oates of Lights Control Rigging. “It is also great to deal with Robert Juliat and Ambersphere again who offer a great service and a speedy and knowledgable support network.” 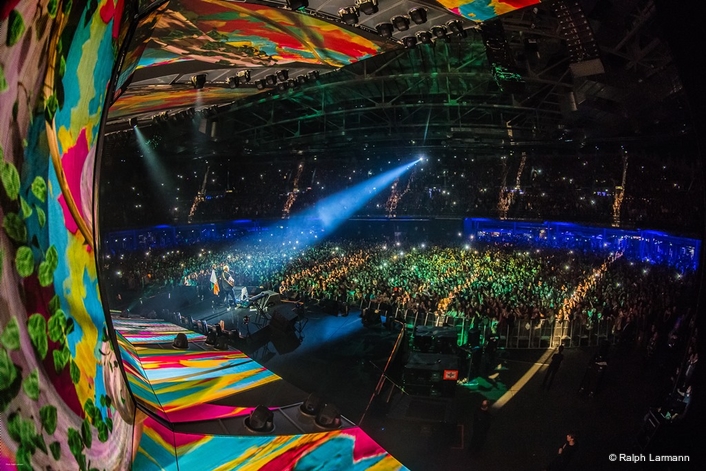 Ed Sheeran’s Divide tour is not the only large-scale extravaganza for which Cunniffe has opted to use Robert Juliat followspots. Four RJ Lancelot and two RJ Merlin 2500W HMI followspots have just toured Europe with Robbie Williams The Heavy Entertainment Show tour where Cunniffe employed them as front-of-house spots and side spots respectively.

Merlin is a powerful, rugged followspot designed for touring: easy to transport, install and maintain, with an output that belies its 2500W HMI lamp, it has a massive 3°-12° beam range that covers both long and medium throw ranges in one unit.

The Heavy Entertainment Show set comprises a multi-layered stage, with a mass of video and LED set pieces, staging gags, and backing performers, so the accuracy and output of the Robert Juliat followspots is essential if they are to hold their own in this environment. “In stadium settings such as this, there is a cross over from daytime to night time and we need lighting fixtures that are man enough to cope with both,” says Cunniffe. 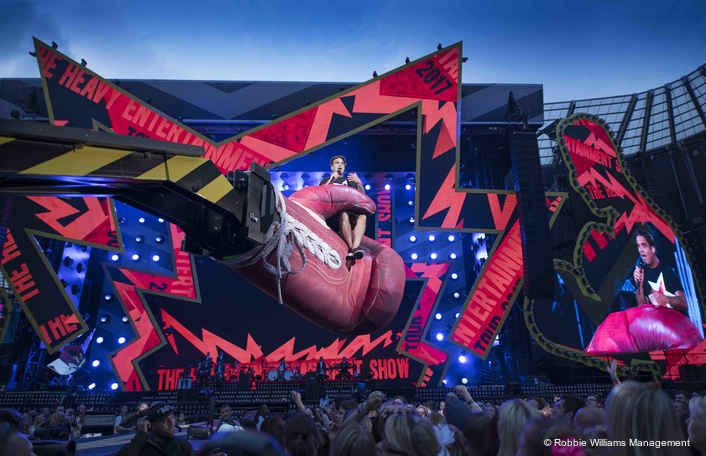 Lighting supplier for Robbie Williams’ tour is UK-based Neg Earth Lights. “Following our initial investment in Robert Juliat Lancelots in 2011 we have seen them become the followspot of choice for the majority of the work we do, to the extent we now have 28 in our inventory,” says Neg Earth Lights’ Dave Ridgway. “The commitment and support from Robert Juliat and Ambersphere was an important factor in our decision to invest in the Merlin in 2015 when we were looking to replace our stock of Supertroopers.”

Robbie Williams’ The Heavy Entertainment Show ran for 35 dates from June to September across all major European cities, and culminated in two shows in the Russian cities of St Petersburg and Moscow in early September.

Robert Juliat is distributed in the UK exclusively by Ambersphere Solutions.

Robert Juliat was founded in 1919 and is still a 100% family-owned company today. The company is the renowned manufacturer of top quality lighting fixtures based around superb optics and ergonomic design.  All Robert Juliat luminaires are designed and built in France.