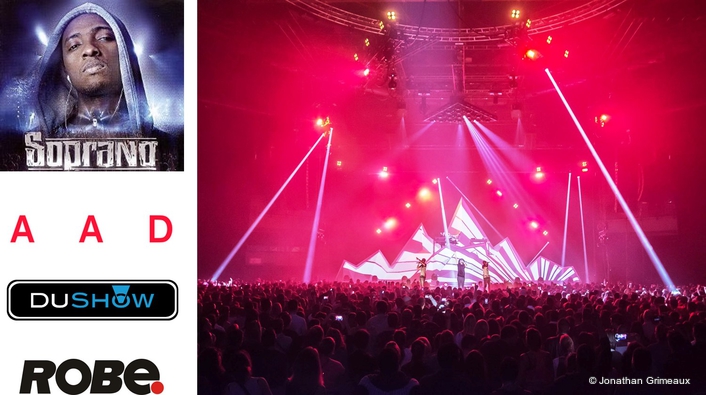 Multi award winning French rapper Soprano – known for his hard-hitting but expletive-free lyrics as much as his massive popularity – recently toured with a new show and lighting design created by Victorien Cayzeele from All Access Design (AAD). He specified Robe Spikies and BMFL Blades, which were supplied from leading French rental company, Dushow.

Victorien wanted a clean but edgy look for the lighting, which was also optimised for high trim heights, which is one reason the BMFL Blades were chosen. He also liked the idea of uniting Robe’s brightest moving lights with one of its smallest in size of the current range.

The stunning set design by Julien Mairesse resembled a large mountain range - riffing on the title of Soprano’s 2016 album L'Everest - which had video mapped onto it from four high-powered projectors throughout the show.

Twelve of the 20 x BMFL Blades were rigged on four sections of truss above the stage, including two sloping downwards to frame the mountain range, with the other six on the front truss where they were used for key lighting the artist and his backing singers – brothers Zack and Diego. The final two were on the floor at the downstage edges to provide powerful cross light 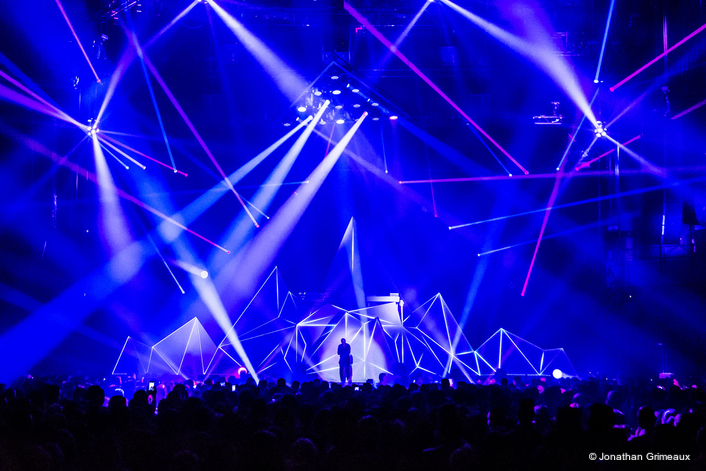 The 28 x Spikies were positioned on a moving triangular truss section above a B-Stage, 10 metres in front of the main stage, accessed by an 8 metre long catwalk. Twelve Spikies were flown on the triangle, with the other 16 placed around the floor of the B-stage area where they produced excellent cage-like effects and blasted beams into the audience and back onto the stage illuminating the mountains.

The Flower effect was used for some specials – it was great ‘surprise’ value and a feature also installed in the new Spiider wash beam fixture. 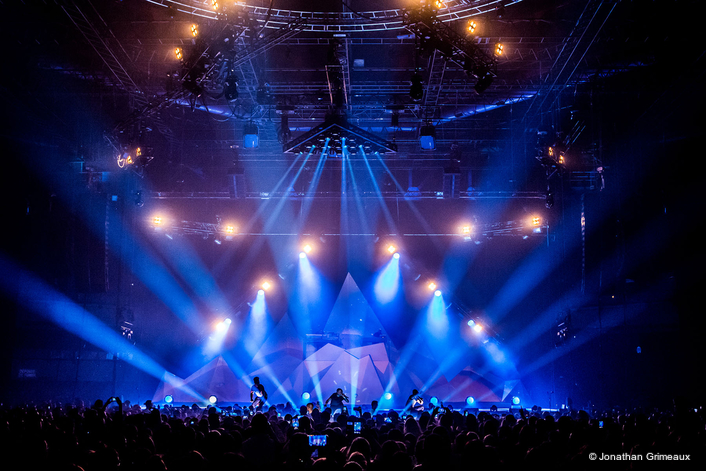 He had been wanting to use the Spikie for a little while. He loves the beam and the super-smooth colour mixing. ”We wanted a compact continuous pan-tilt multi-purpose source that was also something new. Using a 60W LED source in Arena venues was a bit of a risk at first, but I knew the Spikie was so bright and punchy that it could hold its own,” he commented. 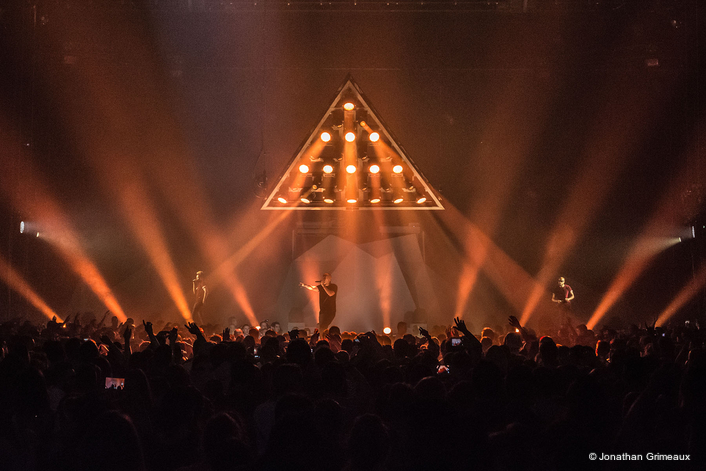 Commenting on the BMFL he said, "It’s a big pleasure to work with the BMFL because it’s simply the most powerful product on the market right now with so many possibilities. It’s no surprise that Robe is one of the market leaders, when you see how everybody loves the BMFL!”

For the Soprano tour, Victorien is working a 6-person lighting and vide crew – the three lighting technicians are Sébastien Casaban, Nicolas Koscianski, Pierric Leblanc and on video are technicians Johanne Chauland and Lionel Mulet. He programmed and operated the grandMA2 console which is running both lighting and video, and Jordan Magnéé from All Access Design created the bespoke video playback content.

The tour is scheduled to continue through 2017. 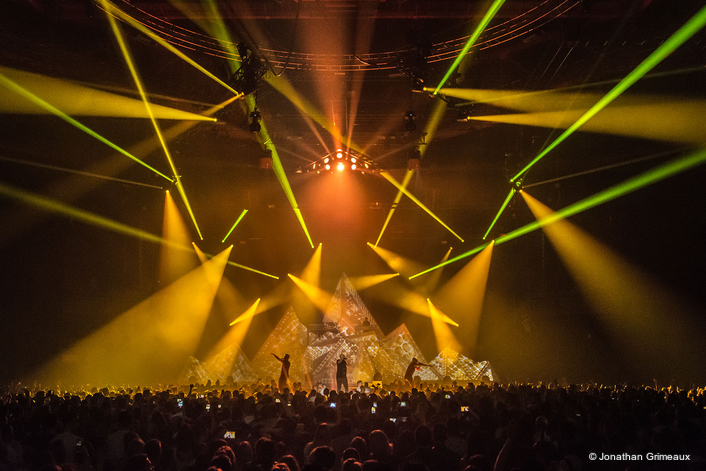 Victorien Cayzeele was inspired to become a lighting professional at the aged of 12 while attending a Jean Jacques Goldman concert in Lille, with lighting designed by Fred Peveri. Just 12 years later, he is now designing his own large tours and events!  He joined the Paris based design practice AAD, known for their fresh and innovative approach and has assisted in creating designs for arts and music collective FAUVE, pop duo AaRon and EDM artist Vitalic working alongside some other AAD LDs. At 24, he’s very much ‘one-to-watch’ for the future.