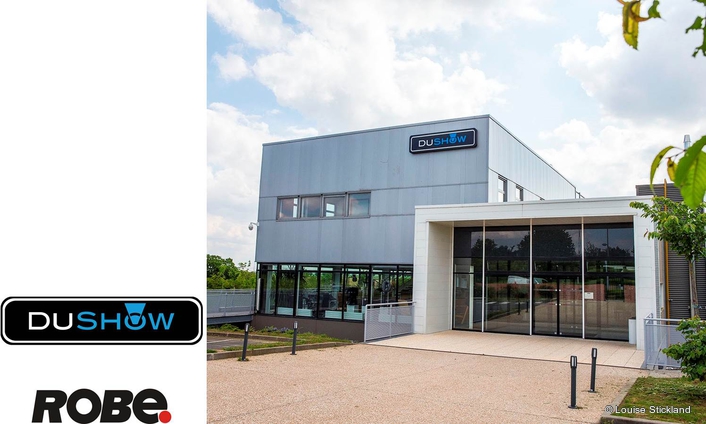 DuShow is the result of the fusion of three different French market leaders – Caméléon, Arpège and Dispatch - from the world of concert touring and live events, amalgamated in January 2012 creating a dynamic new entity that pooled some of the best resources, talent, imagination and flair from the production industry  … under one roof.

They moved into the 13,000 square metres building at the same time. This has a full technical production rehearsal facility and studio, with around 100 employees on site who are part of the larger DuShow Group, joining up to 360 people working across six other major French regional branches and companies in Rio de Janeiro, Brazil and Barcelona, Spain.

They had been looking at Robe for some time, explains Xavier, and it was a combination of things that finalised the decision to move forward with Robe, including meeting Robe CEO Josef Valchar for the first time.

“We were impressed that he’s so involved in and focussed on the product development and also that he’s really listening to what people want and need in different fixtures,” says Xavier. “We all basically speak the same language, and for us having that human relationship with the person at the top of the company who understands exactly what the people using the products are doing and why … is really important”.

He adds that they also like the fact that Robe is an independently owned company.

After the initial purchase for Hallyday’s extended tour, more investment followed and DuShow now has around 200 of BMFLs in stock – a mix of WashBeams and Blades which are out constantly on a diversity of projects. 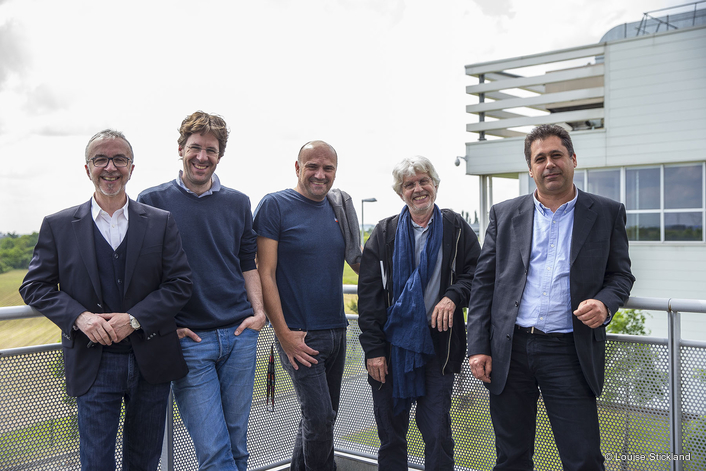 They also have 31 Pointes in rental stock which have been added to the inventory in the last year.

He feels that having direct contact with a manufacturer / factory and a subsidiary is a must for a company like DuShow to develop a strong and positive relationship, given their volume of business. With Robe lighting France now established, many things have fallen into place for Robe in this key European territory.

DuShow’s LDs and regular clients like many BMFL features – the colours, effects, naturally the brightness and because it’s a very efficient lightsource, states Xavier, features like EMS stabilisation and the expedient size and light weight for a fixture of its power.

The first BMFL purchase was also preceded by a rigorous shoot-out in their studio to which several key LDs were invited together with DuShow crew, technicians and project managers. Over a period of 6 hours, they measured every possible parameter on the BMFL, discussed compared  … and liked!

The list of significant shows utilizing DuShow’s BMFLs includes the Opening Ceremony of the 2015  African Games in Brazzerville, Republic of the Congo (LD Christophe Roirand  for Concept K); The Francis Cabrel tour (LD Benoit Quero); the  Souchon & Voulzy tour (LD Nicolas Maisonneuve) and the Mawazine (World Rhythms) Festival in Rabat, Morocco. They were also recently specified by maverick German hard rockers Rammstein for their set at the 2016 Download Festival in Paris.

Xavier thinks that Robe has really stepped up to a new level in recent years with its products and specifically the BMFL range, “This is setting a new standard and we are getting asked for them all the time – everyday – BMFL is now a ‘must-have’ product.”

DuShow supplies technical production to all sectors of the professional entertainment industry – installations, television, theatrical productions, corporate events, fairs and expos, although it is probably best known for its pioneering work and roots – and heart - in live music and the rental / staging and touring markets.