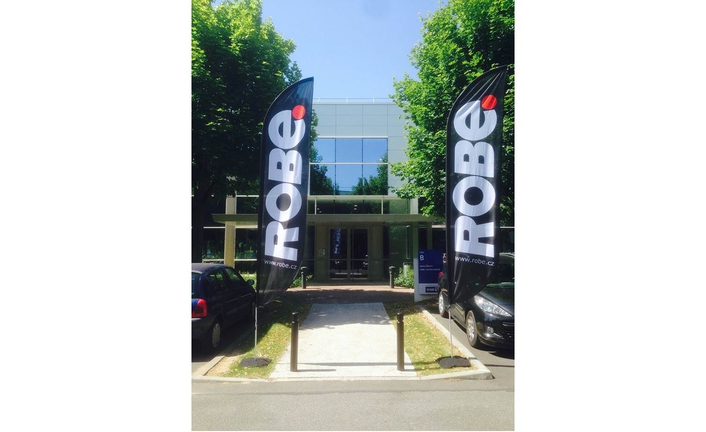 The 480m² property includes offices, a large show room, after sales and technical departments and a stock holding area
Robe officially launched its latest subsidiary operation, Robe Lighting France, in style in Paris last week, unveiling the new offices with a fabulous party attended by around 150 people including major rental players and lighting designers from all sectors of the French production industry.

The company is fully operational and hits-the-ground-running with seven staff in place including executive assistant Messaouda Belarbi, after sales and Technical support manager Jerome Lambeau and communications specialist Jonathan Grimaux.

They are joined by two technical sales engineers, Kevin Migeon, covering northern France and Franck Huyhn who is taking care of the south of the country.

The building was acquired earlier in the year and has been renovated, re-designed and kitted out specifically for the new company’s needs.

The 480 square metre property includes offices, a large show room, after sales and technical departments and a stock holding area for all the main products to ensure quick and efficient delivery nationwide.

Robe Lighting France was set up to deliver the very best service and brand presence to one of the key European markets.

Says Bruno, “I was delighted with the turnout at the party, it is a real endorsement of the company that so many people took time out of their very busy schedules, and this is a hugely encouraging signal for the future”. 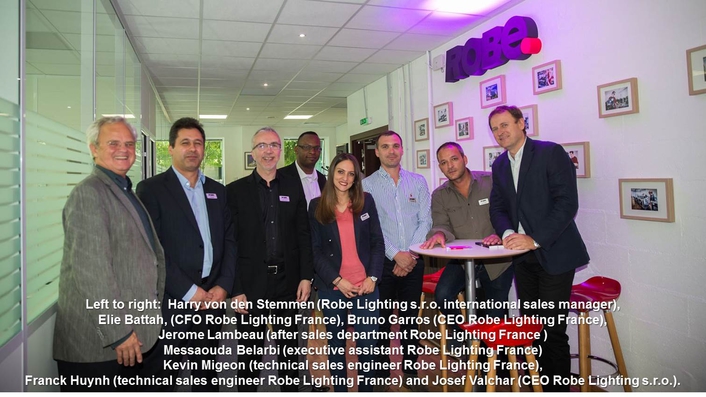 Rental companies represented included all the largest ones like DuShow, Impact, Phase 4, Magnum, Régie Lumiére and Novelty Network as well as a host of medium sized players, many of whom rocked-up after 6 p.m. when their working day finished.

Josef Valchar, CEO of Robe Lighting s.r.o. flew in from Singapore for the occasion and stated, “This is a great move forward for our brand in France. We have a fantastic ‘dream-team’ on-board, and are looking forward to a very positive future”.

Elie Battah says the opening was a big success due to “The top level people who attended which also reflects the interest in the brand. We have a real A-Team and the special synergy between all of us will ensure success in France”.

Harry von den Stemmen commented, “I am incredibly impressed with the work that the French team has already achieved in such a short time. Our sales and support infrastructure is ready for action, there were many energising conversations during the opening … and I think our products – in particular the BMFL and Pointe ranges - will be really successful”.

The launch party proved to be a highly social event with a great atmosphere, much conviviality and lots of lively interaction. It was an amazing start to what will be a new era in France for the Robe brand.