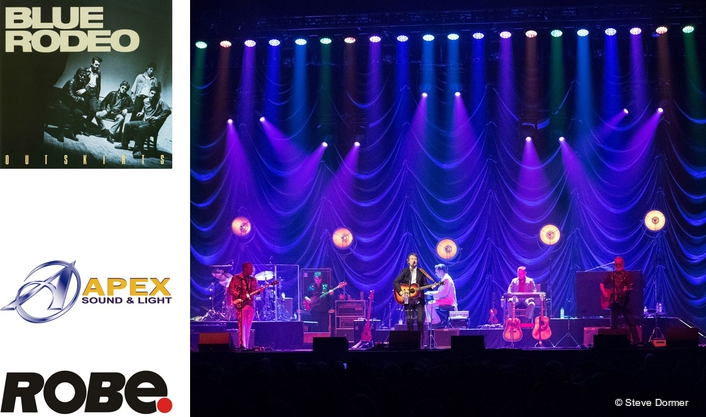 Lighting designer Al Paquette was looking for some new and exciting fixtures to incorporate into his design for the current “1000 Arms” tour by Canadian country rockers Blue Rodeo ... and chose Robe Spiiders and PATT 2013s which were newly purchased by lighting vendor Apex Sound & Light from Ontario, Canada.

Al has worked with the popular band for the last six years, and this is the fourth full production tour he's done with them ... for which he created a totally original look and design. He knows what they are comfortable with onstage, "it's about setting the right mood and environment for the music," he explained.

Limited truck space was another consideration for this one, so getting maximum impact from a minimum number of fixtures was essential. Keeping this in mind he chose the 20 x Spiiders and 5 x PATT 2013s. 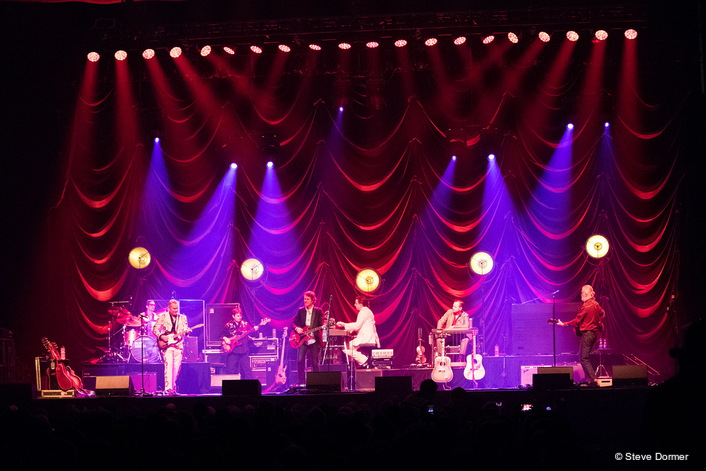 The Spiiders were evenly positioned along the upstage truss with the five PATT 2013s on floor stands at various heights around the back.

The Spiiders created an "awesome" wall of light enthused Al, who used the central flower effect for highlighting the audience during some special punctuative moments.

The PATTs were dimmed down for most of the show, used for nice warm tungsten glow effects and - sparingly - as a blinder.

Prior to this tour, Al had been using another brand of LED wash light for a few years which was getting a little old and tired, so he started scouting around for something different.

He likes the colors and the beam look on the Spiider’s tighter zoom. He also likes the way the light is emitted from the lens, observing that a lot of LED washes are extremely bright at the lens which he finds distracting. "It's so much smoother coming out of the Spiider" he said, adding that he also thinks the fixture is nice and bright overall, and certainly holds its own with the rest of the rig.

He used the tightness of the zoomed-in beam to produce architectural style looks. The flower effect was applied judiciously and he was grateful for it being there.

With size and weight also important, the Spiiders worked out "perfectly." 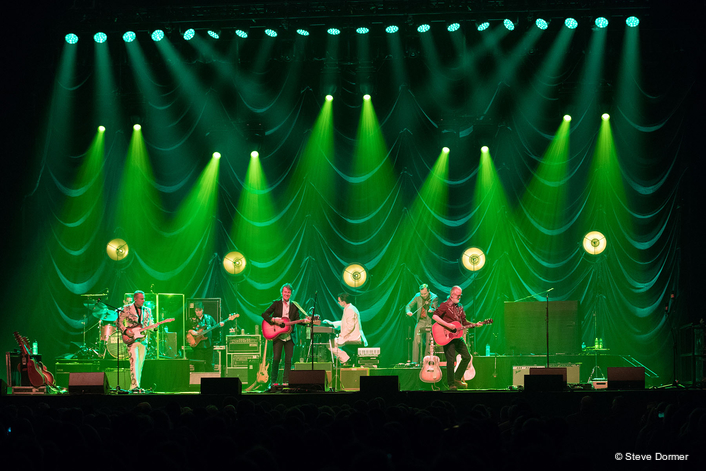 The PATT 2013s were on the lighting plot because of their retro styling. “A beautifully designed fixture that suits the band perfectly," said Al, adding that they are always asking for a "comfortable warm stage that would remind people of a living or a listening room."

Before this tour he'd encountered Robe moving lights primarily in Europe on the festival circuit and on production supplied tours, however he's now starting to see them increasingly on North American tours.

Right now, he thinks Robe is growing in strength as a brand and, after this good experience, he will definitely be using them more! 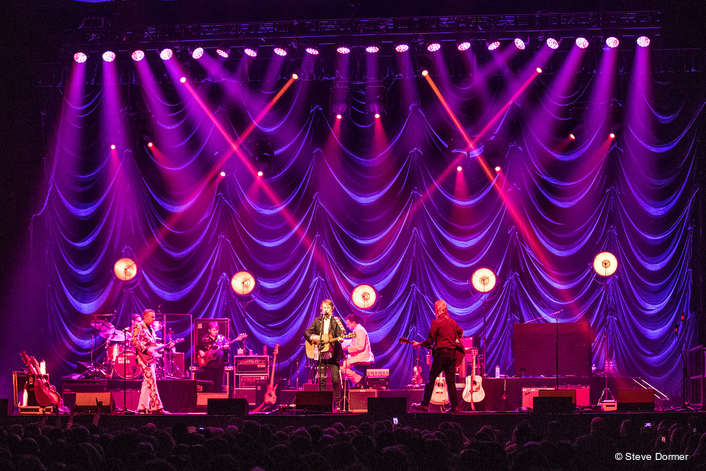 Al is a freelance LD based in Toronto. He started his career as an entertainment industry professional playing guitar in bands around 20 years ago. Always fascinated by the effect of lighting on stage, he switched from jobs and physical positions - from being onstage … to being  "that guy" at FOH ... and in doing so realized his real passion. He also has the advantage of being able to take a musical approach to lighting design which makes his work fresh and interesting.

Graham Northam from Apex Sound & Light originally purchased the PATTs for this Blue Rodeo tour ... and then they saw the Spiider shortly after its launch in the fall of 2016 and knew that they were going to be "the next big thing" in LED wash lights!

So much so that the first order went in to Robe North America – which also takes care of the Canadian Market via dedicated Canadian sales manager John Bilyk - without a specific project in mind. Then they started showing them to LDs - all of whom loved them – including Al. 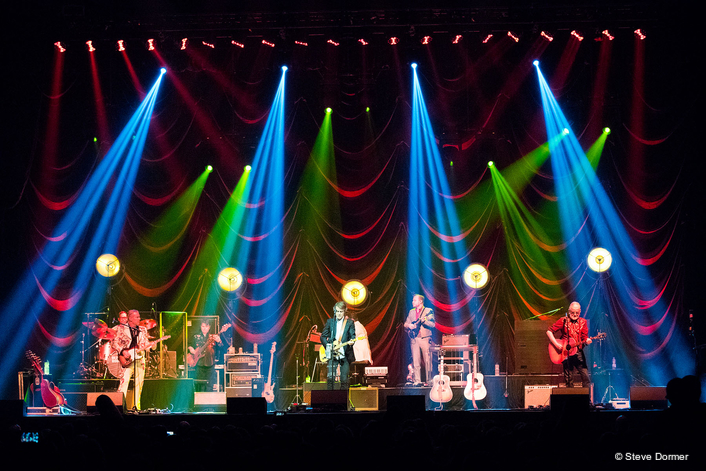 After spending some time looking closely at what the Spiiders could do, he amended his plot to include the fixtures.

"We really like Robe’s approach to its newer fixtures and appreciate the quality control they maintain over the entire manufacturing process," said Graham.

"They are ticking all the boxes on LD’s wish lists,” he said referring to the Spiider, “then adding a whole set of bonus features to unlock more effects and looks from one fixture.” He thinks the ROI is excellent, given the lifespan of the LEDs and ongoing maintenance. "Robe makes perfect sense," he said.

He also values Robe’s commitment to support and thinks they are 'ones-to-watch.' "They are coming out with truly unique and very well-built products at the right price points and have a fantastic attitude to customer support," he concluded.