Lighting designer Giovanni Pinna is the man behind the light setting of Tiziano Ferro’s (TZN) latest indoor tour in second half of 2015. He opted for the SGM Q-7 multi-purpose LED luminaire even before truly realizing the full potential of the fixture.

The popular Italian singer-songwriter within the genres of Latin, Pop and R&B, and known to sing also in Spanish, English, French and Portuguese obtaining his current sales figures of 15 million records worldwide, toured the Italian stadiums during the summer with huge success. Subsequently, Tiziano Ferro decided to do an indoor tour, maintaining the very strong concept of the video graphics dominating his show. Requiring a totally new lighting rig to support the video screen setup, production company Live Nation called upon lighting designer Giovanni Pinna to join the team adding his strong portfolio of developing quality designs. 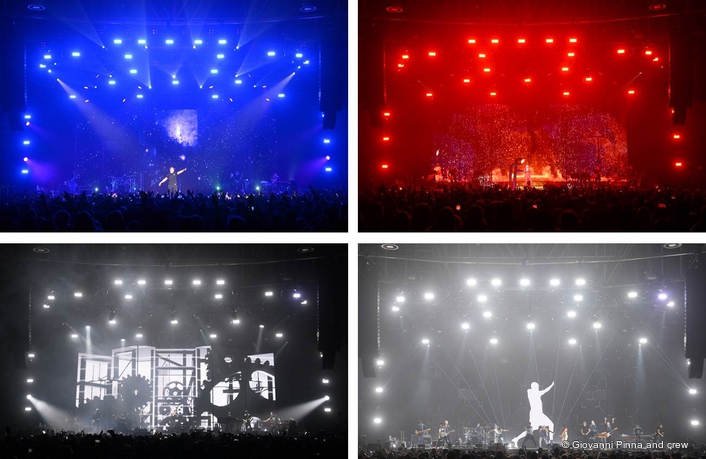 With a specific target in mind to create a “what-you-hear-is-what-you-see” experience for the audience, Giovanni Pinna has always had a strong vision for his designs. “Building the show with overnight programming is probably my favourite moment. It’s a very personal and intimate moments – just me and my rig…very romantic!” he grins.

For this tour Pinna needed a lot of audience lighting, strobe effects and additional colour power on stage. “So with 44 Q-7 very well spread on the rig, I achieved exactly what I was looking for. It’s a versatile fixtures that gives you a lot and takes much less power compared to classic strobes. Colourwise, it blends really well with the LED wash fixtures in the rig,” he reports.

The many Q-7 flood/strobe/blinders were integrated as audience diffusers, as strobes and as floor lights for the band’s back, front and sides as well as washers for the stage. “I like the overall versatility of the Q-7, but also the great colour quality and control – especially when it comes to white, which is the most difficult field for LED fixtures.” 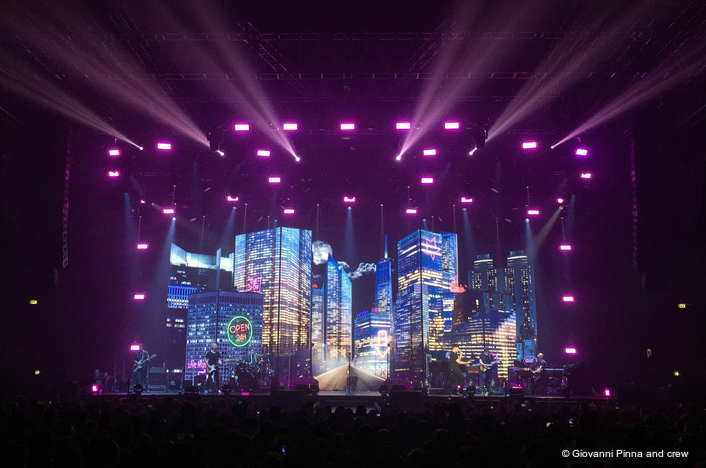 Leading rental company Agora from L’Aquila supplied the Q-7s from their inventory, completely satisfying Pinna’s needs. “Before starting to program, I probably didn’t imagine I would have used them so much in the show,” he says adding that he definitely also considered the huge powers savings by deploying the SGM fixtures compared to traditional strobes or tungsten audience blinders.

Giovanni Pinna can now continue on to the next lighting adventure backed by a constant positive support from both management and production of the TZN tour.