.
Within the newly constructed 42,500 capacity Fisht Olympic Stadium in the developing Russian city of Sochi, the XXII Olympic Winter Games drew to an end with the spectacular Closing ceremony.

Just as he had done at the Opening extravaganza 16 days earlier, Audio Director Scott Willsallen (of Auditoria) designed the technological infrastructure, placing all the transmission on a 24-node Optocore dual redundant ring and working with two different creative teams to fulfil different objectives.

The formal operatic and cultural Opening Ceremony display, creatively designed by Konstantin Ernst and directed by Andrei Boltenko, made way for the more party atmosphere of the Closing Ceremony, directed by Italian Daniele Finzi Pasca. Featuring nearly 800 performers and representing hundreds of years of Russian history, it was an exacting task. 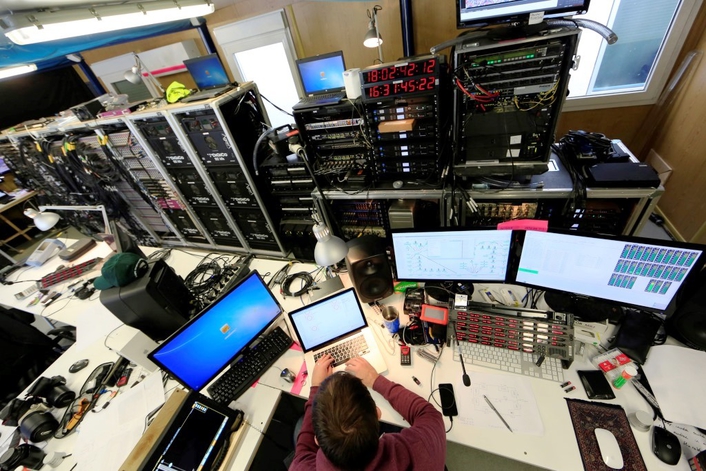 Italy had played a key role this year, as aside from Finzi Pasca, it was L’Aquila-based concert touring specialists Agora who responded successfully to the tender prepared by Willsallen. To design the routing topography, including separate networks for broadcast and live, they purchased large quantities of energy efficient Optocore ‘R’ Series AES-EBU and MADI interfaces from Italian distributors, Audiosales, to add to existing inventory.

These devices included DD32R-FX, DD4MR-FX, X6R-FX and TP, and X6P/X6 AD/DA converters — part of an inventory comprising nearly 50 interfaces. This sophisticated connectivity formed the hub of an audio infrastructure which in addition to the fibre signal transport, involved custom RF solutions and LAN networking across a coverage area measuring up to 4200 metres.

Optocore is unique in its ability to matrix a high channel count over such large distances, and with its dual redundancy and robustness is 100% reliable. The company’s 2.21 protocol, which enabled 2Gbit bandwidth operation, was crucial to meet the requirement of a high channel count and by using all 24 ID’s Agora were able to advantage of the maximum capacity of the fibre ring. Deployment of the TP (Twisted Pair) devices provided a Cat5 extension to expand the I/O of the field nodes as required. 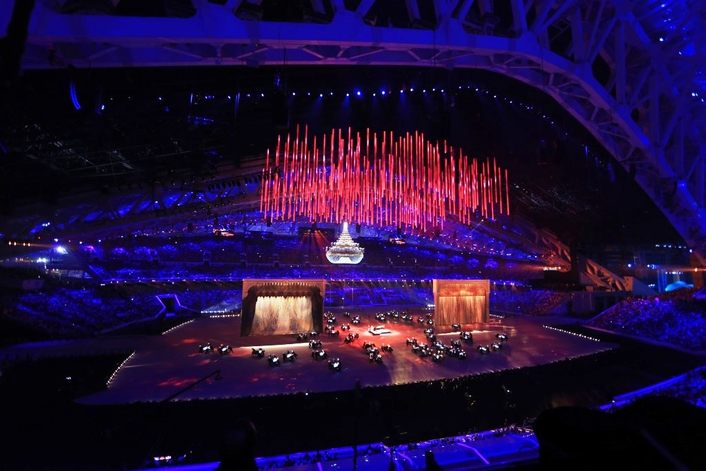 Auditoria, with Justin Arthur once again Senior Systems Engineer, adopted a similar approach to that taken at the London Olympics in 2012, with the exception that they fielded the new L-Acoustics K2 system, with Optocore sending AES feeds to 230 of the new enclosures, arranged in different hangs — part of a massive L-Acoustics PA deployment.

The field nodes were all Analogue in / AES out and control nodes were MADI I/O at the FOH console, where Richard Sharratt mixed the sound. Field inputs were passively split into A (Optocore) and B (analogue) networks, with DiGiCo consoles outputting via MADI to Optocore with full analogue back-up.

DiGiCo SD7s at FOH and monitors were duplicated on the B network, which featured SD7B and SD11B broadcast desks. The broadcast ring tied the main system to the OB truck of Delta Media, another Optocore partner, for all necessary I/O and they delivered downstream mixes of playback, live and atmos mics for broadcast of the Ceremonies to OBS (Olympic Broadcast Services), with Andy Rose mixing the broadcast sound.

“As for the creative teams I try and understand the different needs for each show. Both Andrei Boltenko and Konstantin Ernst were very clear in what they wanted and were straightforward in expressing it.” Some of the more complex work had involved providing discreet speaker system for a 21-second sound effect to accompany the entrance of a train and mechanical horse, and then for a 7-second high impact sound effect to add theatricality on another occasion. “It was this attention to detail that was important,” he said.

Summing up, Scott Willsallen said that both events technically had more than met expectations. “We delivered the Ceremonies as a complete package. It was a good experience all round and support from all the manufacturers has been great. The network is one of those things that if you don't notice it, then it’s spectacular! The Optocore network did exactly what it was supposed to do.”

Based in Munich, Germany, OPTOCORE is the world market leading provider of high bandwidth, low latency, resilient, scalable and flexible fibre optic based networks for the transmission of audio, video and data. For 19 years, Optocore has been continuously innovating and setting new standards with regards to digital network technology. OPTOCORE builds and develops synchronous optical fibre and CAT5 based network solutions for broadcast professionals — for fixed installations and live event applications. Utilising leading-edge technology and high-quality components Optocore guarantees durability and therefore long-term market and customer satisfaction. Due to the open system architecture, Optocore’s platform offers other manufacturers the option to transfer conventional standard audio, video and data formats used in the pro audio industry, via an Optocore network. Technical expertise, QoS and an extensive support structure are guaranteed to all customers, together with the highest level of quality controls.