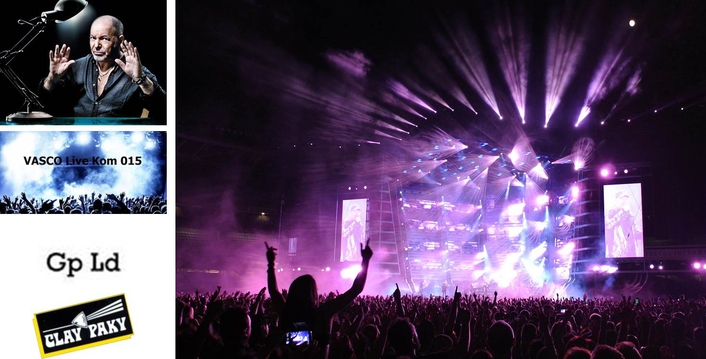 Giovanni Pinna has worked with Vasco since the dawn of time, 1991. What is the secret of this alliance?

“First of all we begin by working around various set design ideas. Then everyone says which one they prefer. This year, the choice was unanimous: a large covered stage, modelled on the keel of a ship.
This is when you start processing the ideas yourself, while the activity of discussing and sharing the project goes on as it develops over six months.
It takes a long time, but that is what it needs for a set of this size.”

“You have to realize you are in a stadium, with an audience of 60 or 70,000 people every night. You have to have an adequate lighting rig with lots of light output.
We are talking about a power consumption of the order of 600-700 kW, with almost 300 kW of white lights, 400 moving heads and between 300 and 400 other units, including strobes, incandescent lamps and special lights. There are also Acme LED-MTX36 matrix panels built into the set and the platforms where the musicians stand, which I use as lights too.” 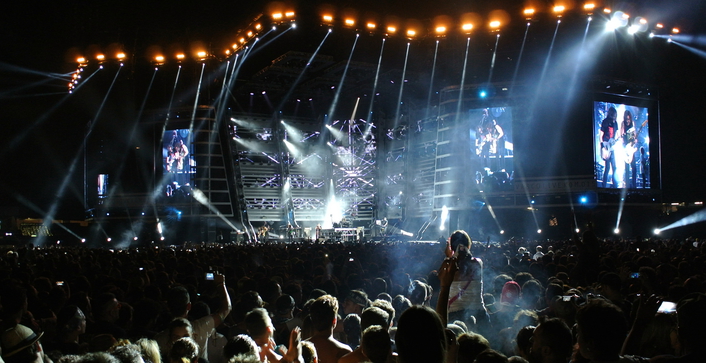 “I usually start by deploying powerful spotlights, to illuminate the stage and audience, and special lights which the producers allow me to experiment with every year.
ER Production supplied us with three different laser products, which made their world début at the concerts (the RGB Laser Blade, the ER GLP Burst and the ER GLP White Scanning).”

“Then I deploy and complete the lighting design with all the other moving lights.
This year, more than a quarter of the moving heads were made by Clay Paky: 54 Sharpy spotlights, 50 Sharpy Wash 330s and 24 Alpha Beam 1500s.
The Sharpy has set a new standard for light output, weight, ease of use and reliability. I used Sharpy units a lot and placed them along the whole 81-yard front of the stage roofing to form a frame.” 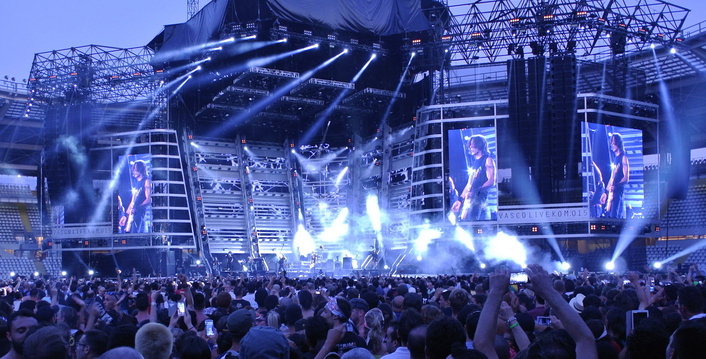 “I discovered the Sharpy wash fairly recently, because I had used it in the wrong situations and it had not convinced me. I used a lot of them during Gazzé, Fabi and Silvestri's tour last year and really liked them.
I realized their true potential during that show. They are very powerful, compact and agile. They have surprising colour qualities when used as traditional wash lights, which few other lights of their size have. They are small lights that do so much.
In terms of light output, they are comparable to four VL5s, which were discontinued this year. I have used VL5s for nearly twenty years with Vasco, not to create a light show, but to illuminate the band and the stage, precisely because of the particular quality of their light.”

“The white light produced by the Sharpy Wash is also impressive. It is colder than any of the other Clay Paky lights. It is a great luminaire. The one that was on for the most time during the show.”

“I integrated all the pre-produced video content and effects with the lights during the design stage with the help of Marco Piva. I have controlled the stage video content (this year almost 480 square yards) through the lighting console using a dedicated Catalyst media server for several years.” 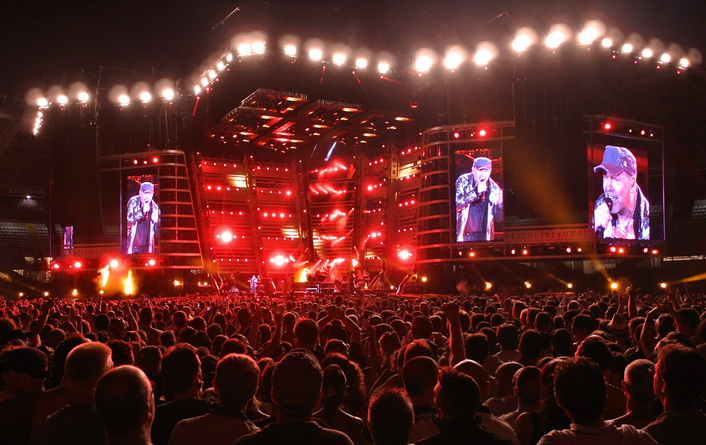 Vasco's summer tour started from the San Nicola stadium in Bari on 7 June after seventeen days of rigging, testing and adjusting the lighting and sound systems.