Rocking the Castle with Robe 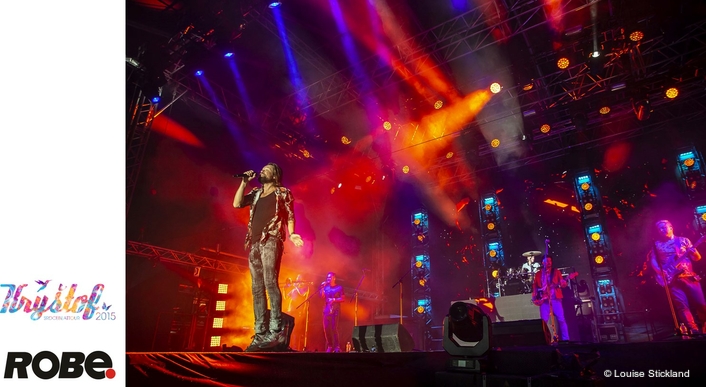 Lighting designer Jiri Roucek is enjoying a busy summer as the LD for leading Czech pop-rock band Krystof and has also created the production design for the main stage of the 2019 Ceske Hrady Festival tour, a two-day event with an identical line-up that visits eight stunning castle and cultural locations around the Czech Republic.

Krystof is headlining this year’s Ceske Hrady tour as well as playing their own shows concurrently. The tour presents the best of Czech ‘multi-genre’ rock – from psy-core favourites Dymytry to crazy punk anarchy with Visaci Zamek - to mixed, family-friendly, sold-out crowds at every stop.

This year, due to Krystof being the headliner, one of the stages was larger to accommodate their impressive and highly visual show.
Jiri is also working regularly for ZL Production as an LD and their de facto head of lighting. The Plzen-based ZL has also supplied Kristof’s production for many years so there are lots of crossovers. 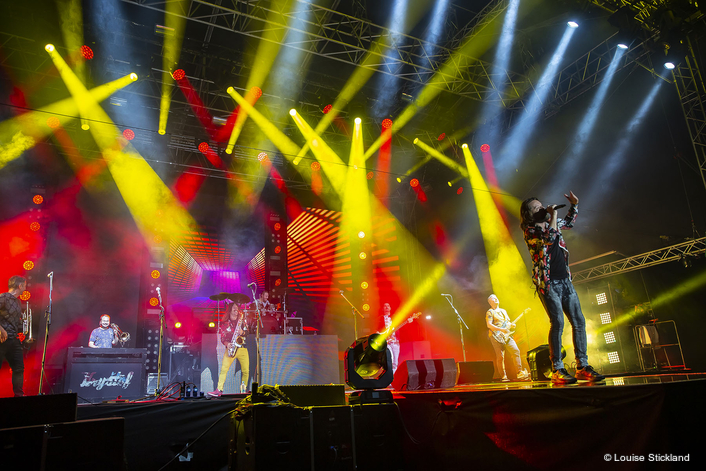 At the core of the main stage lighting was 20 x Robe BMFL Spots, 37 x Spiiders (16 on the house rig and 20 for Krystof’s floor package, rigged on vertical trussing towers) and 12 x ColorWash 700E ATs on the front truss for key lighting, plus quantities of strobes and blinders.
They ran two RoboSpot systems, both located FOH and running with BMFL Blades. 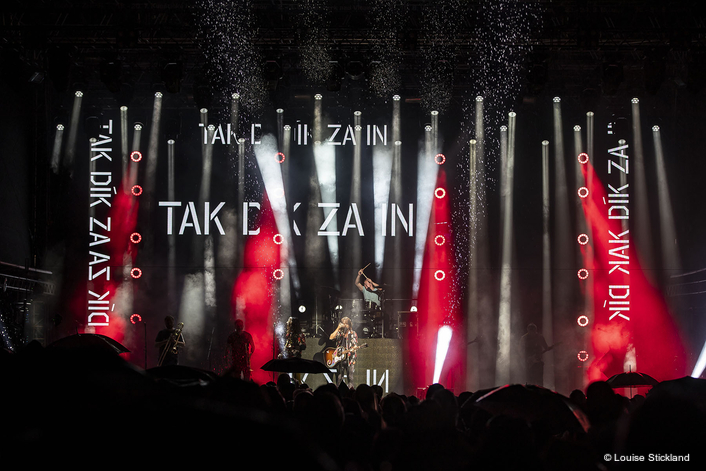 For the first time on this event, four of Robe’s new IP rated iPointes were positioned along the front of the stage, where they frequently received a good soaking as the weather was characteristically unpredictable … which is exactly what they were built for! They kept going just like the workhorses they were designed to be! 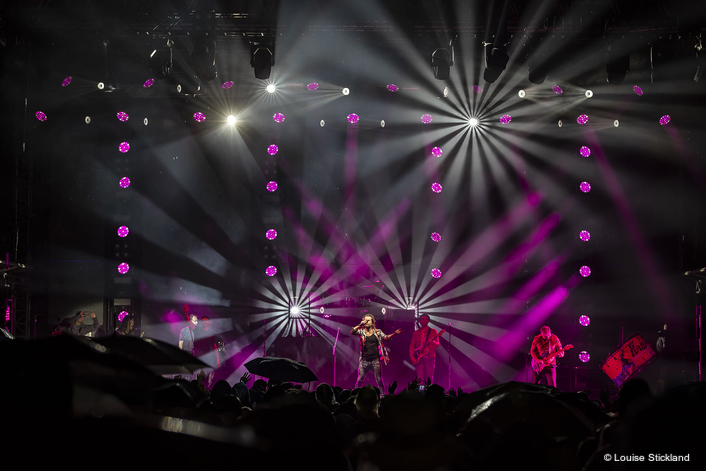 Jiri has worked with Krystof since 2004 and so knows the band and their music very well. To some extent, the Main Stage lighting rig was built around their design and spec which included five upstage columns of 6mm LED screen, but within this he also had to design a ‘universal’ lighting rig that would work for all others playing on the stage for the Ceske Hrady shows.
The lighting was additionally designed to maintain a visual harmony with the video.

This is one of the reasons Jiri selected the fixtures he wanted – the high brightness and balance of the BMFL against the power of the LED, plus the fact that ZL Production carries a large stock of Robe in house.
He loves BMFLs because of the sheer power and that they are fast in all aspects with so many functions – so ideal for an eclectic line-up scenario like this.

The Spiiders he likes for the quality of the output - the nice, dense homogenised fat beam which is present right through the zoom range. He thinks the zoom is “fantastic” together with the colours, the pixel-mapping effects, and of course, the central flower. “It’s great to use this as a surprise effect,” he declares. 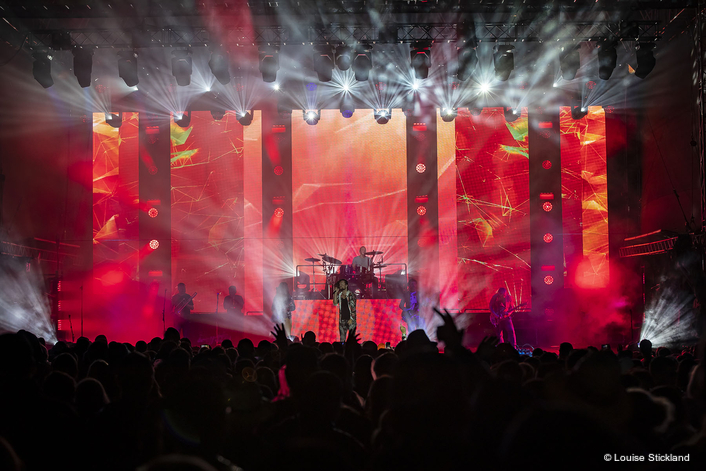 The BMFLs and Spiiders are on the overhead trusses and on ladders in between the LED columns where they can have maximum impact, and either be matched to or contrasted with the LED screens.
For Krystof, this size of stage is one of their medium setups.

The BMFL Blades on the RoboSpot systems are being used on this tour as ‘classic’ follow spots set up on the FOH area. Jiri likes having the operators in close proximity because of the ease of communication – sometimes there is nothing like being able to actually look / shout over to your operator for a quick reaction!
Overall, he thinks that the RoboSpot system is flexible and adaptable, although on this tour they are using it in a very straightforward way.

Jiri has used Robe products in his designs for some years and is very proud that a Czech manufacturer is among the leading moving light brands in the world.
His console of choice is a ChamSys MQ500 and he programmes and runs all the lights on this.
Krystof are also headlining a string of their own shows this summer, and so for continuity of design and practicality, ZL has another identical stage, roof, lighting system and technical crew which is servicing these as some of the dates were too close to allow it being covered with one system. 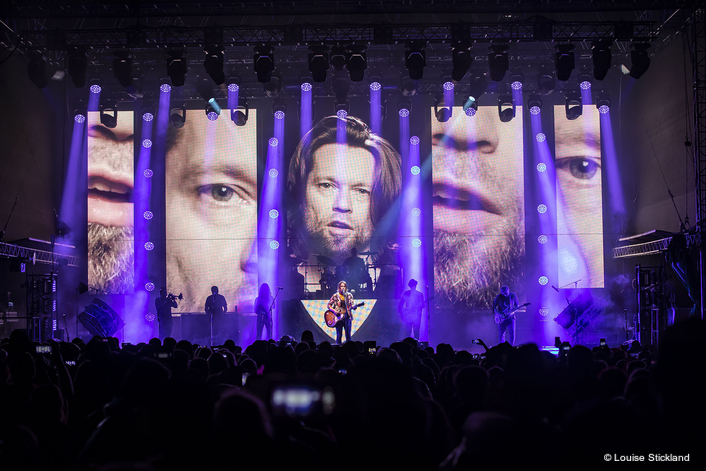 For ZL Production, Ceske Hrady is a key summer tour, and they take care of technical production and support for many of organisers Nedomysleno’s shows.
They supply around 30 crew in total for the tour – with another five looking after the Krystof show’s extra lighting and video. All the kit including two Adamson PA systems is travelling in 9 trucks, two full of lights and another carrying Krystof’s set and backline.

ZL Production was founded in 2009 and in 2012 purchased their first Robes. However, it’s been the last five years since the Robe investment has increased more dramatically as the various products have come onstream, explained the company’s owner Jan Lippert.
When it reached a point where they decided to have one LED wash light to service all their events, he and the team chose Spiiders when they were launched in 2016. “It has proved a fantastic universal LED wash for all applications,” he confirmed.

For spot and beam fixtures on the Krystof Stage they chose BMFLs as “they are the best spot fixtures on the market - there is NO discussion about that!”
For the smaller stage this year they went with Pointes – of which they have 12 units – and that was for their lighter weight and reduced power consumption as both stages run off generated power. “The luminosity, brightness and effects of the Pointe compared to its size and weight is amazing!” stated Jan.

He also believes that the RoboSpot is a massive leap forward for the specialist world of spotlighting.
The performance of the iPointes has also caught his eye – literally – as he comments that for Moles / blinder duties they are perfect for outdoor festivals as you don’t have to worry about rain covers. They are currently considering some future new stage designs which will include an integrated combination of iPointes and MegaPointes.