A Swedish Royal Flush For Robe

The Sunday morning service took place in the Royal Chapel in Stockholm, a beautiful church dating back to the Rococo period located in the east wing of the royal palace, which was key lit by Fjällström using six Robe ROBIN 1200 LEDWashes.

The Robe fixtures proved the ideal solution to many of the practical challenges he faced in lighting the event, one of the biggest Royal occasions in Sweden since Princess Victoria’s wedding in 2010.

The Royal Chapel is a heritage site complete with white marble altar piece extending up to the ceiling which enhances its grandeur with great flourish. Nothing can be flown from the ceilings or attached to the walls. The only options for lighting positions are on floor stands – and even these are limited - or a series of window recesses along one side to the Chapel. Both were equally awkward options for getting the required key lighting onto the subjects.

Added to that, power was limited .... And Fjällström really needed to use the equivalent of a 5K source that would also match the 4200°K colour temperature of his 2K fresnels, gelled with half CTB that were dotted around  the building.

He contacted some of his colleagues in the Society of Television Lighting Designers (STLD) in London who recommended a couple of options, one of which was the Robe LEDWash 1200, a fixture that he'd heard about but not yet used.

He set up comparative tests with this and a competitor product and soon realised the LEDWash 1200 with its smooth colour mixing, fabulous range of proper whites and excellent zoom capabilities was the best option.

He located the units in the window recesses opposite the pews in which the Royal Family were seated for the service - making perfect key lighting.

They also proved to be extremely delicate as back-light for framing Princess Victoria as she read from a special prayer book assigned to her daughter.

Two LEDWash 1200s powered by a single wall socket, compared with the 2K fresnels was expedient, effective and simplified the required rigging enormously. “Each LEDWash 1200 lights almost as if it were a 5K source,” states Fjällström.

Just to make totally sure he'd make the right choice for the Royal event, he was also able to use six LEDWash 1200s to help light a broadcast the previous week in Skara Domkyrka (Cathedral), a highly charismatic building dating back to the 11th century …. and also challenged for rigging points!

The fixtures for both events were supplied by Skovde based rental company Sound Stars, who have recently added a quantity of LEDWash 1200s to their rental stock. 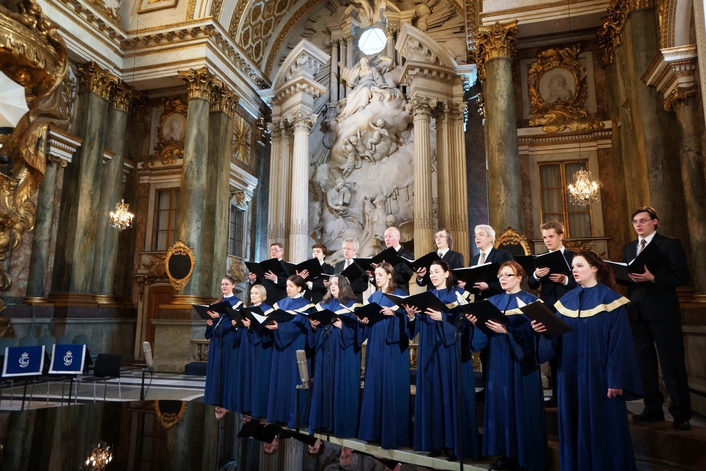 For both shows the wireless cards in the LEDWash 1200s were utilised to save lots of time in running out masses of data cables.

Usually, their Majesties King Carl XVI Gustaf and Queen Silvia only participate in these recorded services for around 40 minutes, and the King dislikes having any spotlights in his face. However, with the Robes flooding the space and running at 50% the environment was extremely comfortable .. resulting in him staying there for most of the day throughout all the recording sessions!

This surprised everyone, including the security guards as they unexpectedly had to work overtime!

Concludes Fjällström, “With the LEDWash 1200 essentially I have a 5K equivalent lightsource with a fresnel lens, a fabulous zoom and all the flexibility of colour mixing and good white key light – it is a very dynamic choice”

The first of the four programmes was broadcast on STV2 at the end of February.