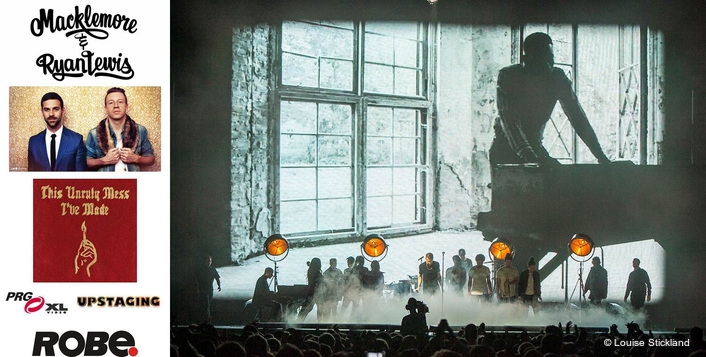 Chaos, craziness, excitement and anticipation all give Macklemore & Ryan Lewis gigs a unique edgy vitality that everyone loves! A turbo-charged whirlwind of energy, politics, clever and meaningful lyrics and some great music, accompanied by impressive lighting and visuals as eclectic and sometimes eccentric as the music is brilliant! More of an experience than a gig!

Their just released new album “The Unruly Mess I’ve Made" follows up 2012’s Grammy award winning “The Heist” with the band embarking on a major new world tour. The lighting and visuals design is by Paul ‘Arlo’ Guthrie and the rig includes Robe BMFL Spots and PATT 2013s.

Arlo has worked with production manager Chris Fussell for some time, and was invited on-board to produce a stage design for this new album cycle, a process that started in late 2015 with numerous discussions around ideas from Ben Haggerty (Macklemore) and Ryan Lewis who really wanted to step up the production from their last tour. 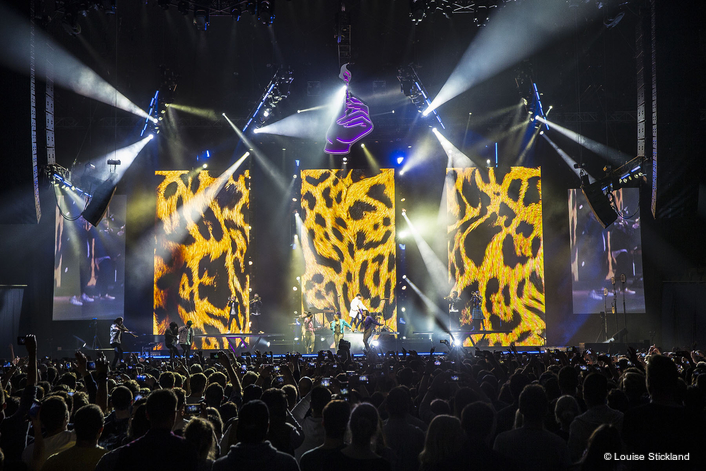 The lighting and video is designed to be scalable and deal with assorted venue sizes in different territories. It features several zig-zagged ‘finger’ trusses and a large upstage LED screen which is automated for the larger shows and splits into three columns. There are also two side stage IMAG screens.

The 22 x Robe BMFL Spots are the key profile lights of the rig.

They are distributed on the overhead trusses and the upstage torms, with two on the floor primarily to illuminate a scenic version of the band's flaming match logo that hangs on a center upstage truss. 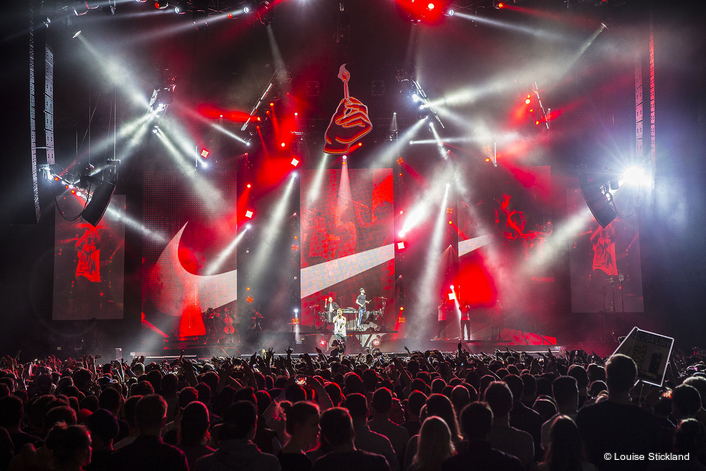 Arlo picked BMFL Spots because he likes the gobo 'layering' facilities and the wide zoom range. It's a fixture he has been using since the launch in September 2014 and which has now become a signature luminaire for Robe.

The four PATT 2013s were used just once on the latest European tour, during the song, “Kevin”. They were positioned on four stands just behind the band ... and helped close the space down for the song, an intimate and moving tribute to Kevin, a young rapper associate of Macklemore who died aged 21 of a prescription drug overdose.

Arlo chose the PATT 2013s - from Robe's 'tungsten classics' range because “they physically look cool and have a beautiful soft glow”. On the first US leg of the tour, they were used for a longer mid-set section, but when the set list was re-ordered for Europe, they just appeared in “Kevin”.

Ryan Lewis makes most of the video content himself which runs in every song, and this footage helped Arlo choose the base color and adjust the mood of the lighting. He also mapped the LED fixtures on the rig using content that he created to match.

Tyler Elich is the lighting director for the tour operating all lighting using a grandMA2 full size console which is also triggering the media servers – in this case MBoxes. Lighting and video was supplied in Europe by PRG out of the UK, and by Upstaging in North America.

Arlo reckons Robe are doing “a great job” in terms of product development and is looking forward to using other BMFL range fixtures in the future, especially the new BMFL WashBeam. 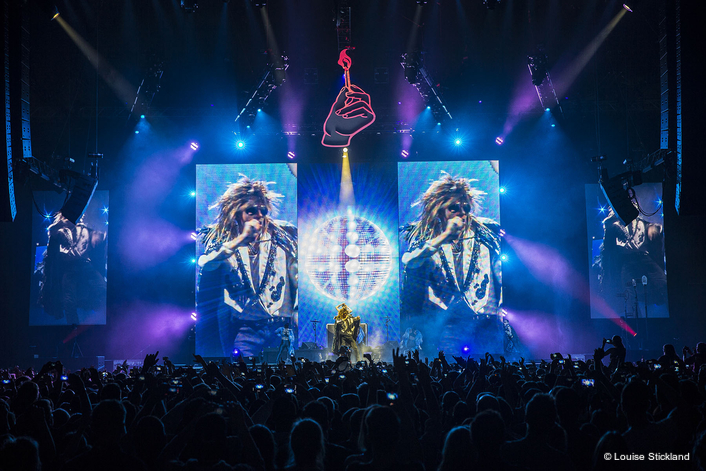 The biggest challenges so far in lighting the tour have been the constant fluidity and change and the tight prep time. “But these considerations have also made it a lot of fun!” he admits, along with “Really enjoying working with “a combination of young, creative people, a highly experienced and skilled crew and the hugely lively and enthusiastic audiences”.

Paul ‘Arlo’ Guthrie started his professional lighting career as a teenager in Australia initially lighting bands in clubs then on the road. The ‘Arlo’ came from a stint working with renowned Aussie rockers Crowded House … where, as the third ‘Paul’ joining the touring party, he was rechristened … and it stuck! He moved to the U.S. in 1996 and is now based in Minneapolis with an interesting client base that also includes Miranda Lambert, Van Halen, Fleetwood Mac and Red Bull.