.
The Vanemuine Theatre in Tartu, Estonia, has just premiered its own fabulous new production of the epic Andrew Lloyd Webber musical, “Phantom of The Opera”.

It is only the third occasion in over 25 years of this amazing work that a producing house has been granted the right to produce a new version of the show adding elements of their own interpretation. It’s also the first time that the worldwide hit “Phantom” has been produced in the Baltic states and former Eastern Europe – all of these facts an immense honour for Vanemuine.

The production is directed by Georg Malvius with a lighting design by Pallé Palme utilizing over 100 Robe moving lights. 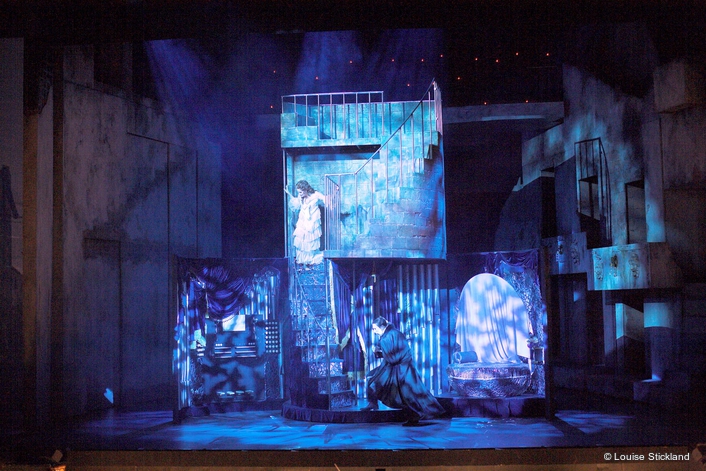 The two – both Swedish but constantly working internationally - have collaborated on many previous projects. They enjoy a great working relationship and creative chemistry, and both also have a long history at Vanemuine, one of the most prolific and acclaimed producing houses in Estonia. 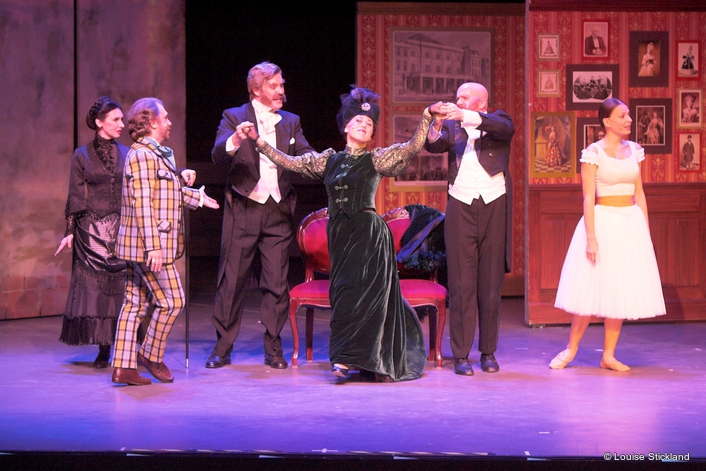 Palme was able to take full advantage of the extensive Robe moving light rig installed at the 900-seater Big House at Vanemuine as part of an extensive technical upgrade to all Estonia’s state theatres in 2012. 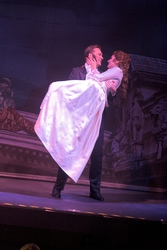 The show - accompanied by the full Vanemuine Symphony Orchestra playing the score live and bringing additional resonance and depth to the work – is a beautifully fluid collage of colour, drama and emotion which brings a new and different perspective to a classic narrative.

In bringing this potent story to life, Malvius was keen to make it “More interesting” than just a love story. Setting it in 1945 he introduced a subtle and intelligent anti-war message implying that the Phantom’s disfigurement and consequent ostracism originated during battlefield conflict. His past experiences and loss drive him to being hyper-protective towards heroine Christine.

‘It’s important to show the ugliness as well as the beauty of the world,” he comments.

Palme’s starting point for lighting included multiple discussions with Malvius, and developing a strong dichotomy between the ‘real’ world and the Phantom’s world. Making the Phantom’s lights and stage looks have a mystical quality was “Crucial” to his aesthetic explains the LD. 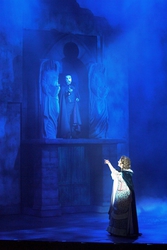 The LEDWash 1200s and 600s are used as front and back lights and for selected scenery illumination. In the theatre, these fixtures are rigged on the house bars so they can also be used for the other two productions that are rotating in repertoire with Phantom.

The 600E Spots are used as specials on the various principal actors. Four fixtures are rigged on a bar above the orchestra pit and another four are around the stage. Two are dedicated to the Phantom’s boat ride across the bridge, several metres up in the air.

The 24 x MMXs are the real workhorses of the show. They are dotted around everywhere on the over-stage bars and some at FOH, and are used as backlights, specials, set washers, effects, etc. He uses them highly effectively for lots of gobo work and texturing on the floor and scenery.

The MMX is his favourite light on this rig … he would have liked to have had more and he comments that he’s also keen to use Robe’s new BMFL Spots on a show like this!

There is a lot of colour in Phantom, and both Palme and Malvius like to use colour to set the ambience, change the location and constantly effect the emotionality of the audience, reinforcing the actors onstage. 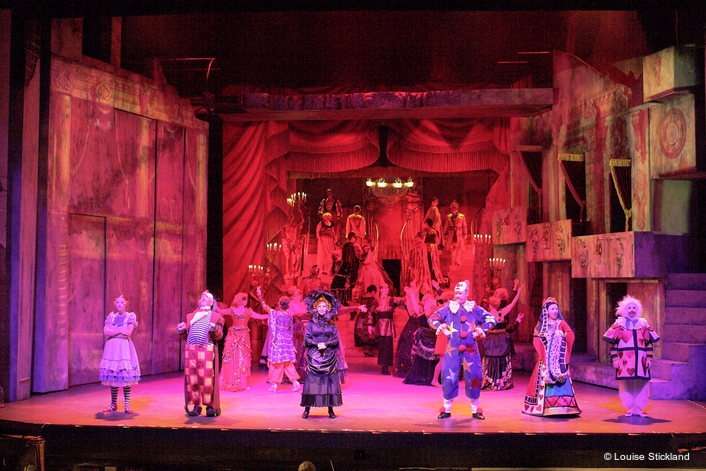 They both have similar tastes when it comes to lighting an environment and dramatic action. Malvius will come up with basic lighting ‘building block’ cues for a show at the start of a work, to which Palme adds his own and develops and refines throughout an intense programming process.

The large side and upstage set pieces changed location, shape and context via the mapped video which is loaded into the heads of the DigitalSpots and also run through the Hog 3 console operated by Vanemuine’s Kasper Aus. 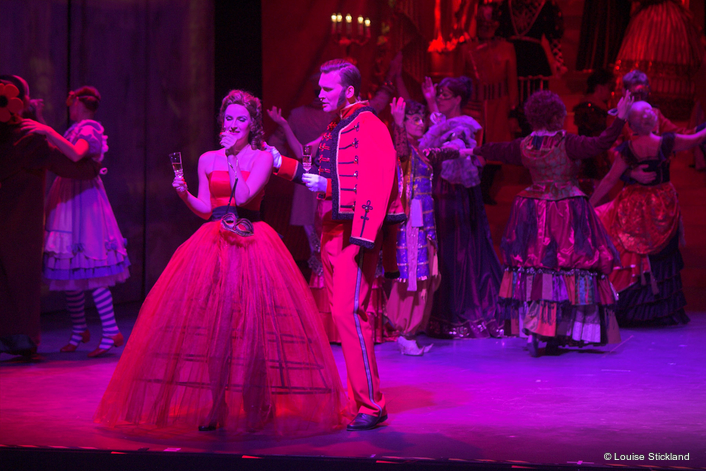 This mapping and the close proximity of the actors to the scenery entailed Palme being extra cautious with the type of lighting used and its focus, as he had to ensure that it didn’t interfere with the video projections.

He has been using more and more Robe products in his work in recent years as the brand becomes more commonly available in rental stock.

“I think that Robe has really come to the forefront of the moving lighting market especially since the launch of the ROBIN range and with the development of excellent LED fixtures,” he says. 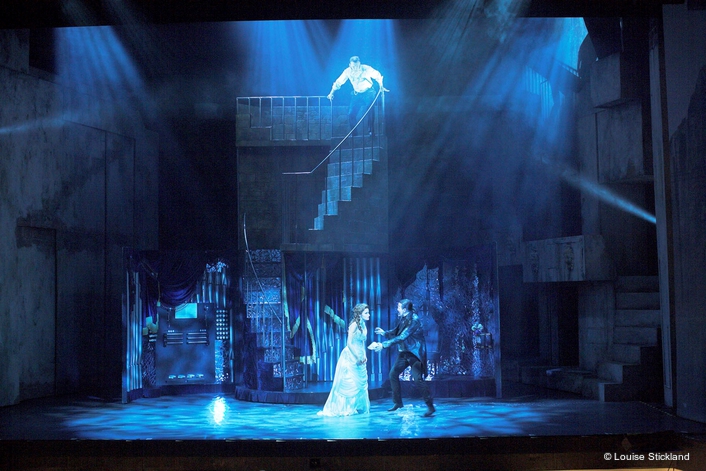 On other recent shows he has been using DLS Profiles and DLX Spots which are “Extremely bright and powerful” and he adds that the DLS Profile is currently the only quiet running spot on the market with shutters and full colour mixing, which is “Great for plays and dramas”.

Vanemuine’s “Phantom of the Opera” will play 40 performances in total in the Big House and at Tallinn’s 2000 capacity Nordea Concert Hall.