Arlo’s brief from Miranda Lambert herself and her production and management teams was to help create a show focused on her powerful music and great connection with her fans, rather than relying on gags, ego ramps, confetti blasts and wizzy effects.

This was a great starting point that automatically evoked a thoughtful and intelligent approach to the visuals. She wanted a clean stage look with a “mild” touch of retro / vintage and some “subtle visual clues from classic theatres” and she didn’t want an overwhelming or dominating video presence onstage. 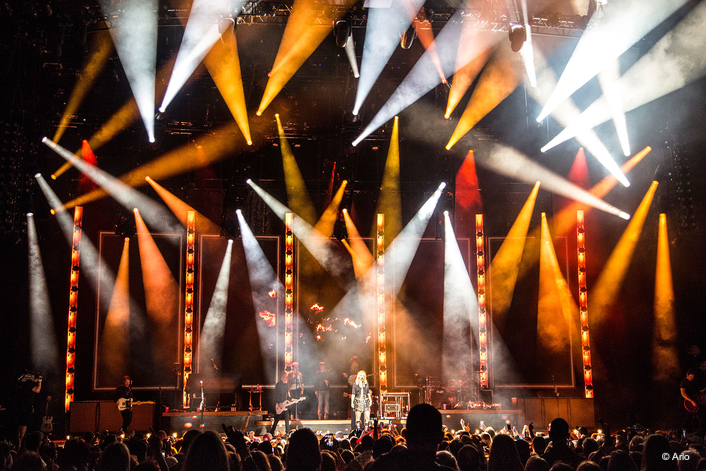 “I wanted the whole stage to have a straightforward and clean look and to ensure the LED blended seamlessly into the environment rather than being stark, obvious and contrasty,” explained Arlo. The playback video content created by Empirical Studio has followed this aesthetic through beautifully, giving the video a softer and more filmic projected look and feel. 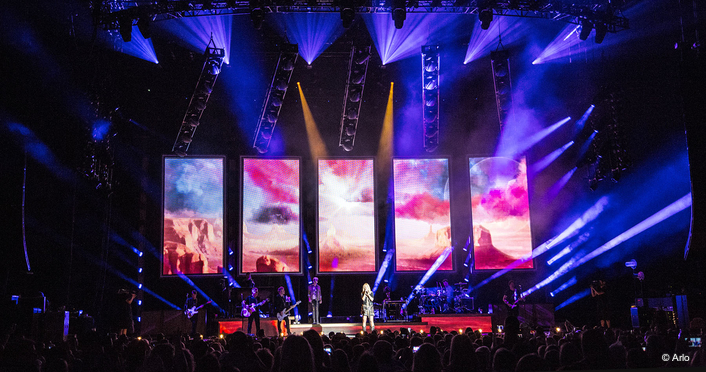 The lighting was then layered in to dovetail with that approach.

The lighting fingers and the video columns also all move up and down on a Kinesys automation system, changing the shape and architecture of the space for additional variety.

Arlo wanted powerful, versatile spot and profile fixtures with the finesse and features to continue the visual integration.

Having just enjoyed using BMFL Spots on the Macklemore & Ryan Lewis tour, he decided to specify them again.

They are positioned on the lighting fingers and on the mid and upstage trusses and used extensively for side, back and key light. Two of the BMFL Spots are utilized as the upstage follow-spots, matching the colors and look of the general lighting perfectly.

“The precision of the BMFLs generally and the shutters on the Blades in particular are exactly what I needed. The beams slice through to define the band members exquisitely.” He adds that having the serious BMFL ‘firepower’ for the long throws in some of the venues is really helpful.

Arlo programmed the show with Taylor Pierce who is out on the road as lighting director, with the equipment supplied by Upstaging.

“Miranda is great to collaborate with, her touring and management teams are excellent to work with, she looks and sounds fantastic and I have really enjoyed the whole experience,” concluded Arlo. 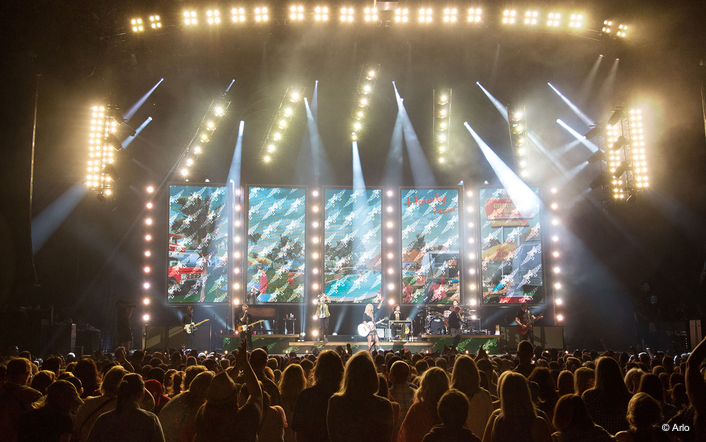 The tour currently is scheduled to continue until mid-September in the U.S., with production being managed by Erik Leighty and live video direction by John “DeathRay” Clark.