Bandit Lites are supplying the lighting equipment to Production Designer Chris Lisle, and the Pointes were specified as they could cut through and stand out from the video-orientated set.

Lisle has used Robe’s ROBIN LED fixtures on random shows and one offs before, but this is the first time he has specified them for a tour. 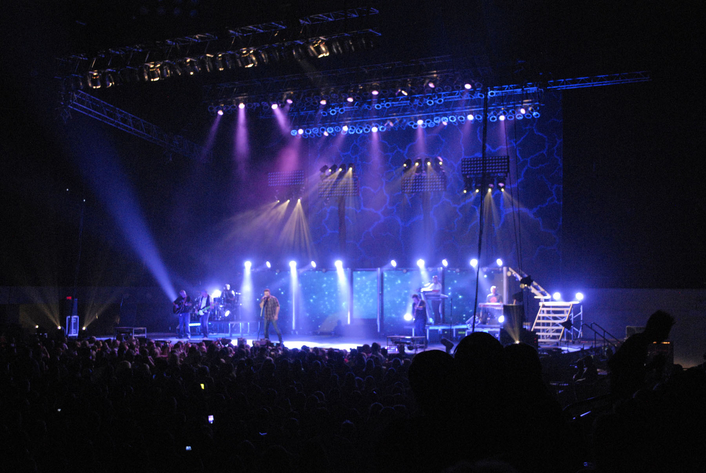 “I had been hearing great things about the Pointe,” commended Lisle, “And then had a chance to see them in action at LDI last year. For Chris’s show this year we wanted a good beam light with more gobo and beam effect options than other ‘beam’ fixtures.

”The Pointe was a perfect choice!

Chris Lisle has been working with the rising star for three years, so this year’s run required a step-up in production values. Lisle started discussions with Young and his management team plus Production Manager / Touring LD Mike Stanley about this new design concept in fall 2013.

“With the Dierks’ tour coming up we wanted to do something big and with great impact. The design definitely had to include a video element and several factors needing consideration included the amount of time it took to get the set on and off stage each night, truck space, etc.”

The video elements brought challenges for lighting. Lisle explained, “The entire lighting design was based around a set that I also designed which comprised rolling video carts with portable lighting carts behind them. The lighting carts feature automated pods that raise/lower to give some big looks. There is also a center turntable for Chris’s entrance, as well as stairs either end of the set for him to access the tops of the video carts.” 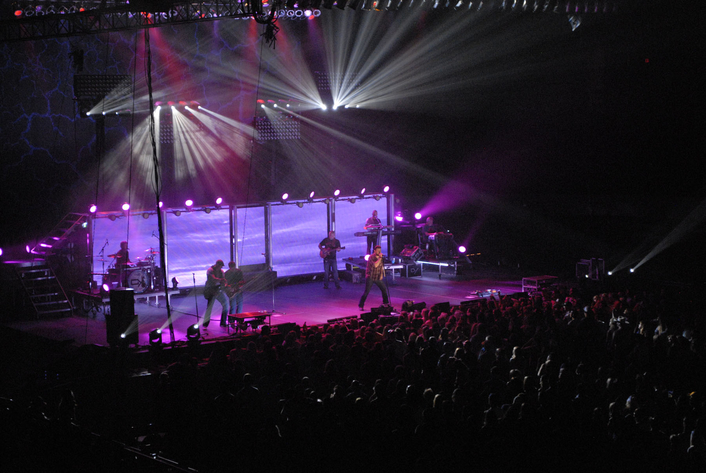 Sixteen of the Pointes are grouped in fours on each of the four automated pods, with groups of three fixtures at each of the downstage corners of the stage.

This design was specifically created for an opening act scenario, so they carried no trussing. “Dierks’ design allows us to use several of their overhead fixtures when we are supporting, and then for Chris’s own headline shows, we use locally provided truss and production,” explained Lisle.

The Pointes are used to create multiple beam looks. “The Pointe does a great job of punching through. The gobo and prism effects allow a multitude of combinations, and we can create really impressive looks with them”.

Michael Stanley is taking the show on the road as LD and Production Manager while Chris Lisle moves on to the production design for other artists’ tours. Lisle, based in Nashville, has worked with a wide range of artists including Miranda Lambert, OneRepublic, and Robert Plant Presents the Sensational Space Shifters.

Chris Young’s tour started in May in Charlotte, North Carolina, and will run for much of the year in support of Dierks Bentley’s festival and amphitheatre tour. Additionally Young has several solo headlining dates.

Along with Bandit Lites as the lighting vendor, Chris Lisle Lighting Design supplies the consoles and media server. MooTV is the video vendor and Accurate Staging constructed the set. 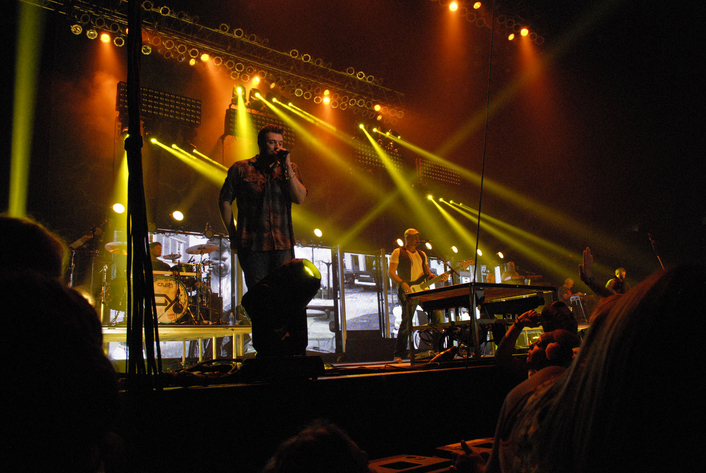