Robe Finds Another Voice in Flanders 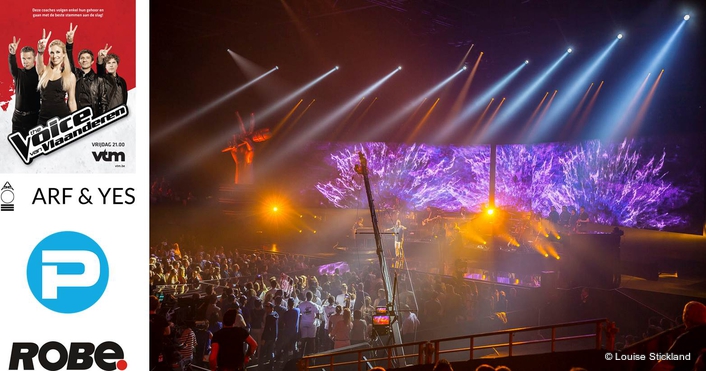 The fifth season of the Voice van Vlaanderan (Voice of Flanders) was staged in Hall 8 of the Ghent Expo centre, a massive complex on the outskirts of the picturesque Belgian city – with show design once again delivered by a team from design practice Arf & Yes, led by company owner and founder, Ignace D’Haese.

Arf & Yes provided the full show and venue technical design package for producers Endemol, including stage, set, lighting and video, plus the layout accommodating a large main performance stage and 3000 live audience, taking full advantage of all the available space. 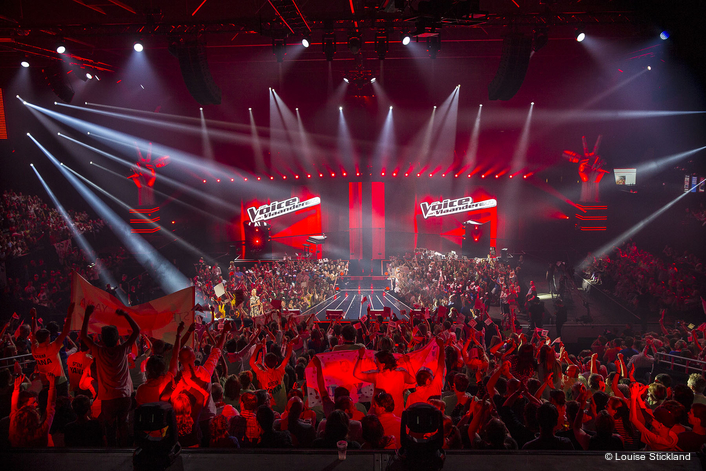 Starting with a completely empty hall presented Ignace with many advantages when designing the show. The primary visual parameter was to give it a totally different look to last year’s Voice, along with accommodating specific Voice ‘givens’ like the hand / microphone logo.

It was essential that the whole design had the latitude to be extremely flexible. 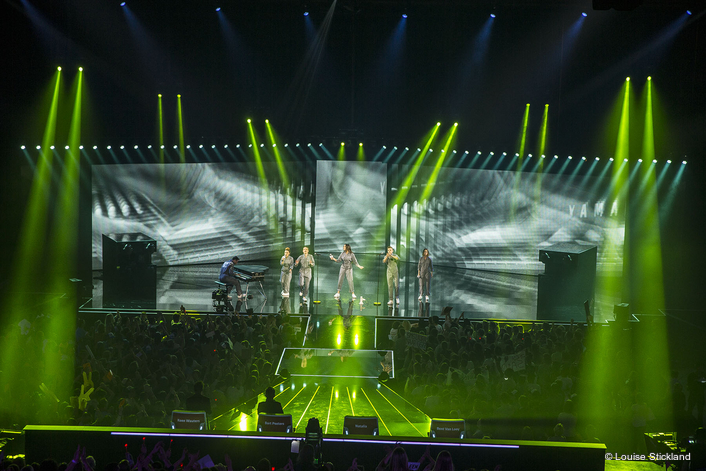 Onstage were three massive LED screens that could be raised and lowered to reveal or conceal the house band as needed, depending on the act, and this alone could change the performance space dramatically.

Both lighting and video schemes had to look different for every artist and song - up to 18 sessions in the first two episodes – and this was a major reason Ignace chose Pointes … for their famous versatility.

The fixtures were dotted over the back and mid trusses above stage, with some positioned above the audience, all used for the main lighting effects and accents. With 52 units, there was plenty of scope for creating variations and capturing a wide range of emotions to match the relevant music. 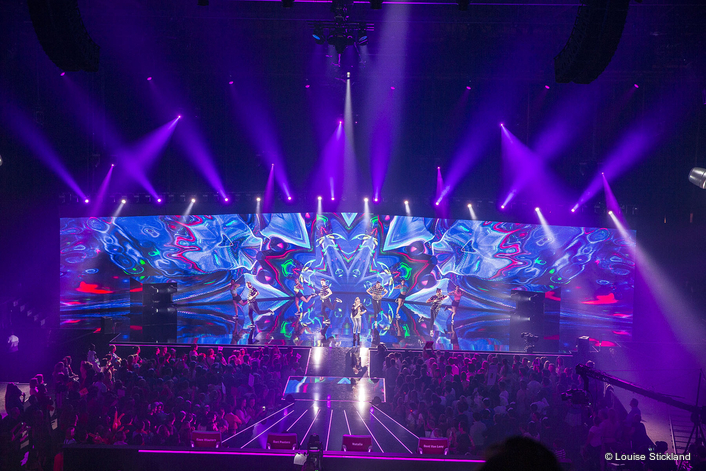 “The Pointe is a great fixture,” he states. He likes the zoom, the general multi-functionality and the sheer range of affects possible from one compact sized luminaire.

The LEDWash 1200s were also distributed in the roof trusses over the audience and used for washing and colouring the general areas. The LEDWash 1200 has long been a favourite of Ignace’s because he loves the big powerful fat-beam!

The Voice van Vlaanderen has always been presented in a site specific venue, and the last time the Robe reporting crew visited in 2014 – it was in the Kuipke (Velodrome) in central Ghent. 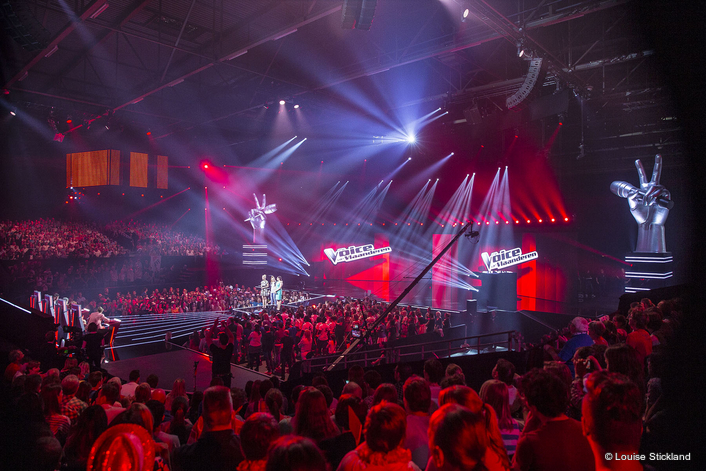 In Hall 8, “The idea was really to have a big, epic ‘arena’ feel for this series” explained Ignace, so the cameras could get all those gorgeous big sweeping shots that are such a departure from studio environments.

Having multiple point-source lights – each one a workhorse – also ensured any ‘black holes’ could be easily filled for the 12 camera shoot, directed for the series by Maryse van den Wyngaert.

For this series, Ignace really enjoyed the challenges of starting with a completely empty space, together with the trust that Arf & Yes enjoyed from the client to imagine a visual spectacular that worked both as a live concept and a slick TV presentation. 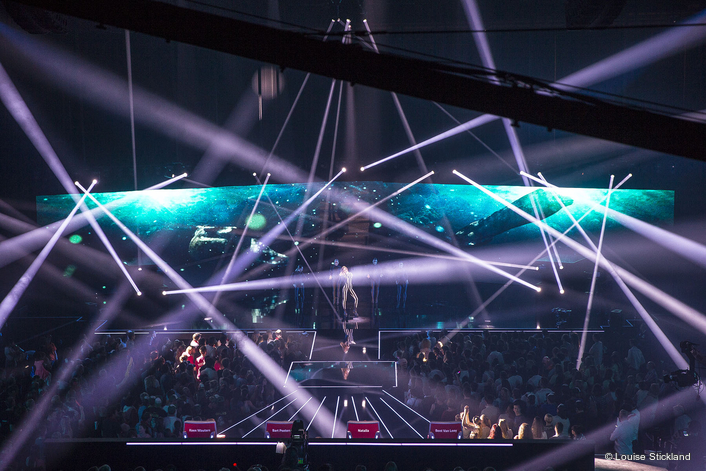 Lighting was directed this season by Marco Pauwels and operated by Arf & Yes’s Timothy De Mets. Video was coordinated by Jonas Weyn, Olivier Demoustier and Tijs Coene for Arf & Yes.

Arf & Yes, which is based in Ghent, also provides technical production for the French speaking version, Voice Belgique.

Lighting equipment for the Voice van Vlaanderen was supplied by Lier based Phlippo Showlight, one of Belgium’s biggest rental specialists which has a large Robe inventory.

Jünger Audio Delivers 5.1 Audio Quality for The Voice Of China
W-DMX™ performs at The Voice of Croatia
Egripment Support Systems Rises to New Hights on the Voice of Holland