Jünger Audio Delivers 5.1 Audio Quality for The Voice Of China 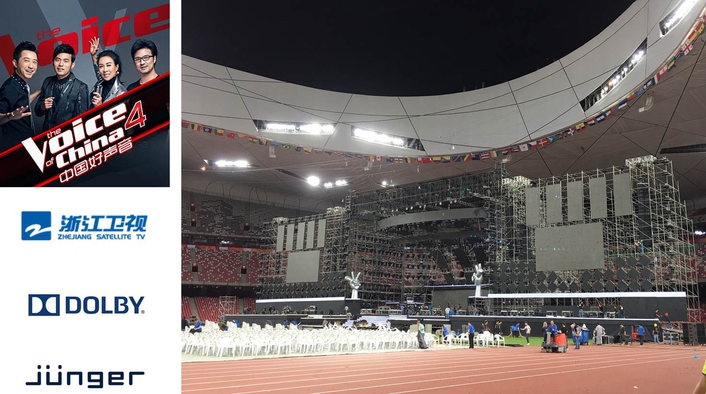 The audio production team behind the Voice of China, one of the most successful music shows on Chinese television, has been using Jünger Audio loudness control and audio processing equipment to ensure the quality of broadcasts transmitted in 5.1 surround sound.

Screened by Zhejiang Satellite TV, The Voice of China recently completed its fourth series – the most popular and most widely watched to date. Based on the same concept as NBC’s The Voice, the show features four judges/coaches who used blind auditions to identify teams of singers they wanted to work with during the series. Series Four was hosted by Hua Shao, who has been hosting the programme since its inception in 2012, while this year's coaches were Na Ying, Wang Feng, Harlem Yu and Jay Chou.

Chief audio engineer for the show's 5.1 surround sound production was Mr. Lou Wei from CTPC Studio, a division of CCTV. Working on behalf of Dolby® China and the production company responsible for The Voice of China, Mr Lou has been looking after 5.1 surround sound and broadcasting since the first series.

In China, the format most widely used for surround sound production is Dolby E. However, Dolby Lab's decision to stop making hardware products to monitor this format left a gap in the market that Jünger Audio – with the backing of Dolby® - was only too happy to fill. Its D*AP8 Codec Edition units now incorporate a Dolby decoder as standard, along with a choice of optional encoders, so that broadcast engineers in post-production, DVD and DTV facilities can check the quality of Dolby E, Dolby Digital or Dolby Digital-encoded audio prior to transmission. 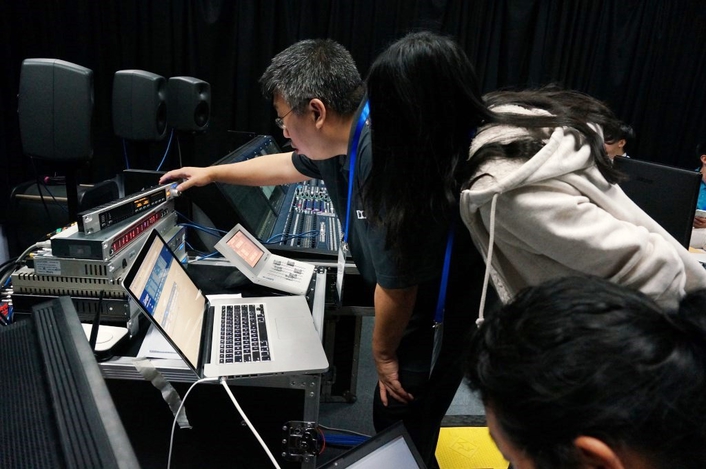 Mr. Zhang Yan, Technical Director of Dolby International Services (Beijing) Co., Ltd, says: "After a long period of evaluation and testing, we discovered that the features and specifications of Jünger Audio's D*AP8 processors, in particular the D*AP8 MAP Monitoring Processors, matched Dolby E productions very well. They support HDSDI embedding and de-embedding, as well as Dolby® codecs, which is important because most of video equipment that works with Dolby E also supports HD-SDI, rather than the AES interface."

For The Voice of China, Mr. Zhang Yan and Mr. Lou Wei specified a selection of Jünger Audio equipment, including two D*AP8 TAP EDITION audio processors, which were installed in the transmission chain and used for Dolby E encoding. Also chosen were two D*AP8 MAP EDITION audio devices incorporating a comprehensive Dolby® toolkit including metadata emulation, along with full loudness metering and logging capabilities. These multichannel monitoring units were installed in the programme chain and used for Dolby® decoding and metadata emulation. A third D*AP8 MAP was used for Dolby® metadata emulation during the music pre-mix sessions, and a 2-channel D*AP4 VAP Voice Audio Processor was used for all vocal balancing and processing, including commentary from the judges and hosts and the singers' speeches.

Although the finale of The Voice of China is broadcast live from the Beijing Olympic Centre (The Bird's Nest), all earlier episodes are pre-recorded and post produced by Zhejiang TV's production staff in conjunction with Mr. Lou and his team. A Jünger Audio Level Magic™ Plug-In was used at this stage to guarantee overall audio quality and ensure consistent loudness values across the entire 5.1 audio chain.

Commenting on the choice of Jünger Audio technology, Mr. Lou says: "The leveller feature on the Level Magic Plug In is very useful. It can easily process loudness and dynamic range for vocal signals to ensure the quality of the live shows, while still keeping the workflow moving at a fast pace." 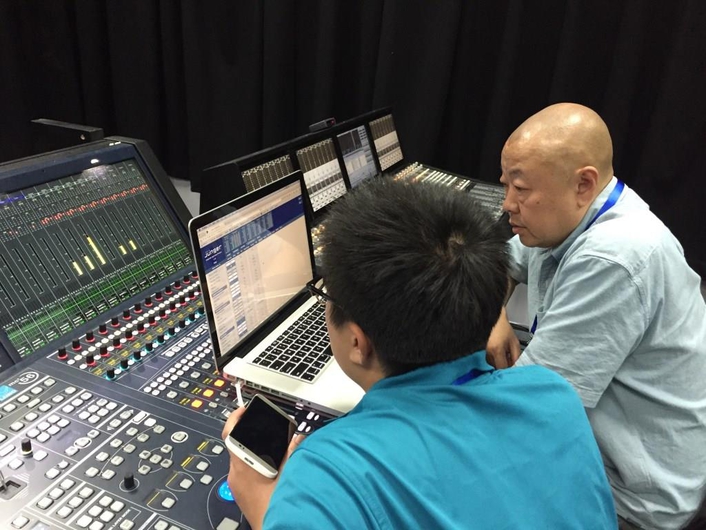 Mr. Wu Xiao Dong, Director of the Audio Department at the Zhejiang TV Group Production Centre, adds that there is currently great demand for 5.1 surround sound from the ZJTV Group and that Jünger Audio equipment is proving valuable in helping to meet this demand.

"Jünger Audio is one of the few manufactures that supports all Dolby® codec hardware solutions, along with specific voice processing and auto up/down mix features," he says. "The real benefit these units bring to our productions is the ability to tackle Dolby E encoding, Dolby® metadata emulation, loudness and vocal voice processing.

"This year’s The Voice of China season finale was broadcast live in 5.1 and we used a selection of Jünger Audio units to ensure that we provided a great experience for audiences at home. The units all worked well and we were very happy with their performance."

Mr. Wu Xiao Dong adds that the Zhejiang Radio and TV Group Production Centre is no newcomer to Jünger Audio technology, having been using company's products since 2011.

"Jünger Audio has been excellent at providing us with technical trainings, technical support and even product loan," he says. "We are about to increase our stock of the company's products because we've recently ordered a number of Jünger Audio units, including Dolby codec products for up/downmixing, for our newly built International TV and Film Production Centre. In the future I can see there being more demand for Jünger Audio products as 5.1 surround sound programme production increases."