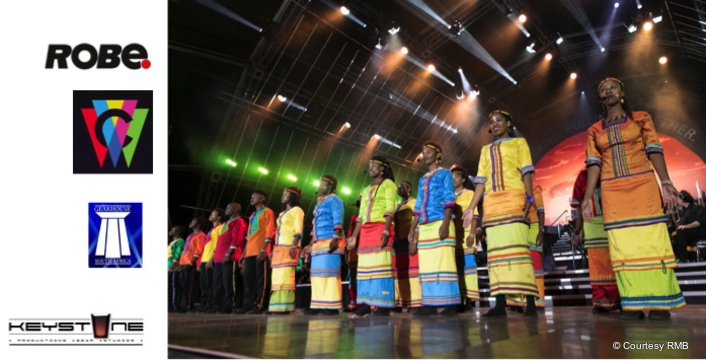 The most recent RMB Starlight Classics concert, staged at the beautiful, calm and leafy green Vergelegen Wine Estate in Somerset West, Western Cape, South Africa … was lit by Chris Bolton of Keystone Productions ... with a little help from some Robe moving lights!

It was Chris's second year in the creative hot seat - working directly for organizers Jam Events. Last year he and Joshua Cutts of Visual Frontier produced a lighting co-design – and the two are now partners in their brand new visual design venture, Collective Works – however when Starlight came up this year, Josh had other commitments, so Chris added the lighting magic working with his assistant Jade Manicom.

For the first time, the 2017 event was also recorded by MNET for broadcast a couple of weeks later, bringing a different dimension and set of parameters for lighting.

The talented South African line-up included soprano Pumeza Matshikiza, tenor Jacques le Roux and local rock queen Karen Zoid who were backed by the Cape Town Philharmonic Orchestra under the baton of maestro Richard Cock in a specially devised programme to suit music fans of all ages and persuasions which was directed by Darren Hayward.

Previously there has always been a large generic rig, but this year Chris specified the Robe moving lights – 6 x BMFL Blades, 25 x LEDWash 600s, 24 REDWash 3•192s – with their distinctive  rectangular narrow-beam light field and Pointes - plus 72 x Robe LEDForce PARs - which were delivered to the event by lighting vendor, Gearhouse South Africa. 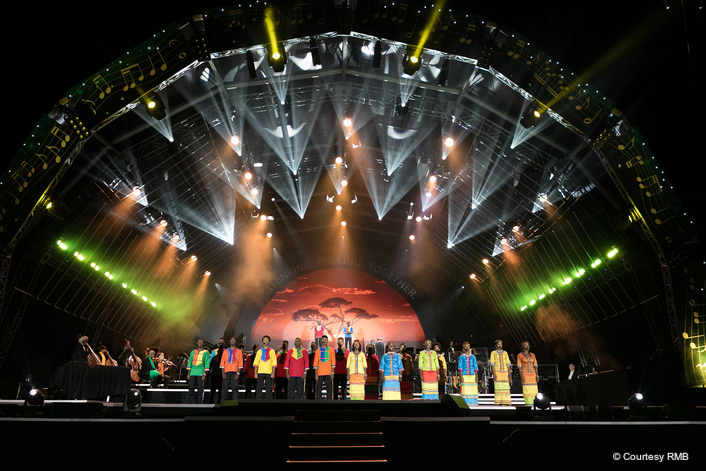 The stage was a copious, elegant In2Structures dome, with a set of layered risers and integrated staircases installed by set builders SDS to accommodate the 60-piece orchestra and various other artists including the lively Mzansi Youth Choir, some ballet dancers and elephants from the Handspring Puppet Company which marched through the audience and onto the stage to open the show.

The challenge was the very short set up and tech time available to light a complex and varied line up, with all sections needing their own treatment … which amounted to only around 24 hours in real programming time.

When the decision was made to add the broadcast element, a lighting redesign was required to ensure that it was lit for camera as well as the 4000 live audience. 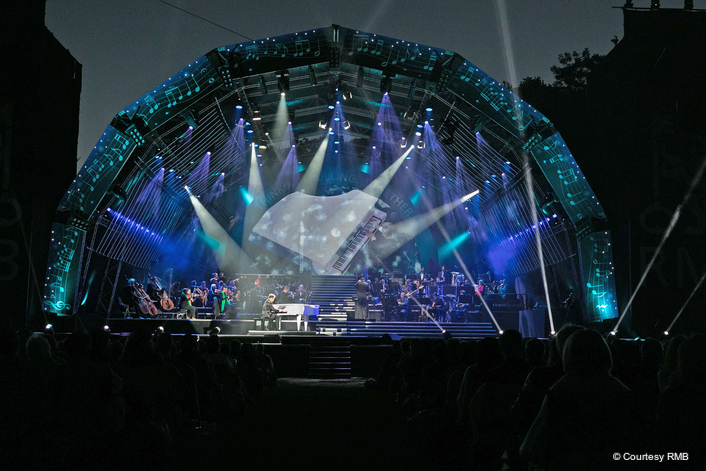 "Automatically I knew exactly what I needed for my front key lighting when the TV shoot was confirmed,” said Chris ... “and that was the six BMFL Blades. I did not even think twice about which fixtures I was adding to the kit list!"

These were rigged on two towers built out in the audience arena, with a good 50 metres throw to the stage, and perfect for the power and intensity of the BMFL. He actually only ran the units at 55% as this provided a perfect balance of light for the cameras.

The orchestra was illuminated gently in a combination of subtle and rich colours with the LEDWash 600s – lighting classical musicians is a delicate task at the best of times, but Chris and Jade have it down to a fine art now. The LEDWash 600s were run in wide mode so the LED rings could be utilized as effects. 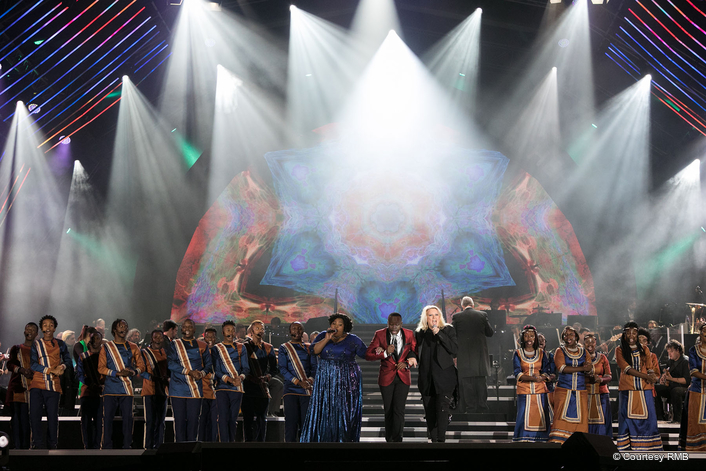 The RED Washes were also dotted all over the roof and used for stage and set washing and colour effects.

All of the rig’s LED elements were mapped using the grandMA VPU, essentially providing a canvas for some fabulously fluid slow chasing and movement effects.

The Pointes provided the aerial eye candy at which they excel and all the big lifts and accents needed for anthemic and epic moments ... four Pointes were deployed on each of the PA towers, with the rest on the stage floor. 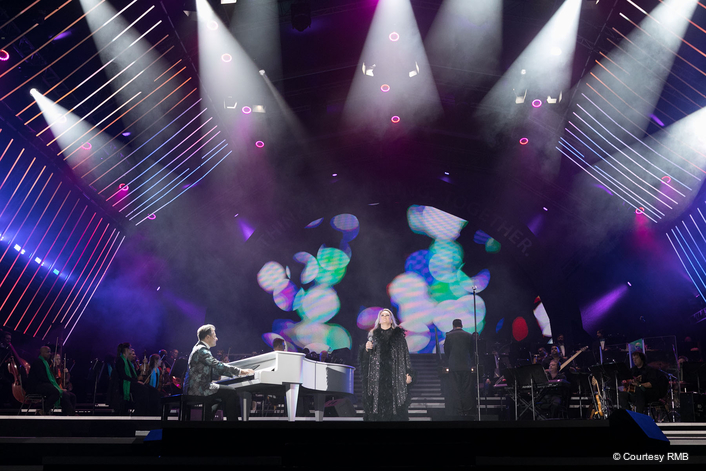 Chris commented, "We enjoyed all the challenges thrown at us like making it work for television without losing any of the drama and excitement of the live experience. With such a diverse programmer, all the lights had to work very hard, and the additional scope provided by the Robe moving lights rig give us some real latitude to be creative and contemporary in the overall look.

He adds that, once again, they enjoyed the camaraderie and teamwork of working alongside the Jam Events crew and their production manager Samantha McGraw. 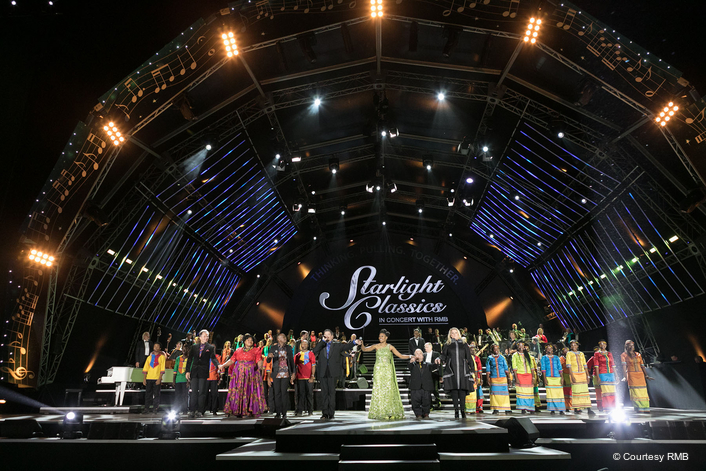