Not Too Much TV for Robe 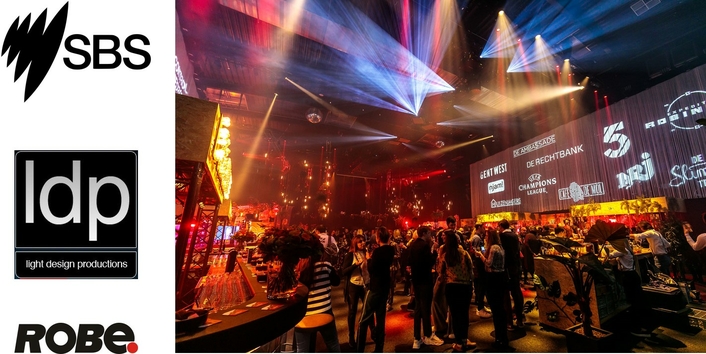 “There’s No Such Thing as Too Much TV” proclaimed Belgium TV channel SBS at the launch party for their upcoming season’s programming, an event attended by sponsors together with a host of TV celebrities and glitterati, staged at the architecturally hyperreal Docks Arena event space in Brussels. Thomas Boets of LDP was the lighting, set and production designer, and he specified over 120 assorted Robe moving lights for the occasion – which included Tarrantula LED wash beams, LEDBeam 150s and BMFL Blades. Lighting, staging, trussing & rigging plus audio was supplied by rental specialist L&L Stage Services.

Working directly for SBS Belgium who created the original concept for the event, Thomas was asked to deliver the show based on his proposal and some of his other recent work. They wanted a fresh and innovative perspective for the annual event announcing their new content, for which key TV anchors introduce their own show clips – played out on video – interspersed with several live acts.

Thomas has lit the event in the past, but not for the last five years, so he came in with a clean slate as set, lighting and video designer and also took on the role of technical director and co-ordinator for all the tech departments and disciplines, starting work on the project four months in advance.

Working with an SBS ‘think tank’ the basic video and staging design evolved first, resulting in a spectacular 270-degree video / projection look, with a 10-metre-wide 16:9 format screen at the main end of the room. Three long runs of black split-thread curtain drop ran around behind the main screen and along the two long sides of the room.

Docks Arena is part of the Docks Bruxsel retail and entertainment complex which stretches along redeveloped industrial land next to a canal. The distinctive egg-shaped building housing the event space is perched several floors up on top of part of the mega-mall! 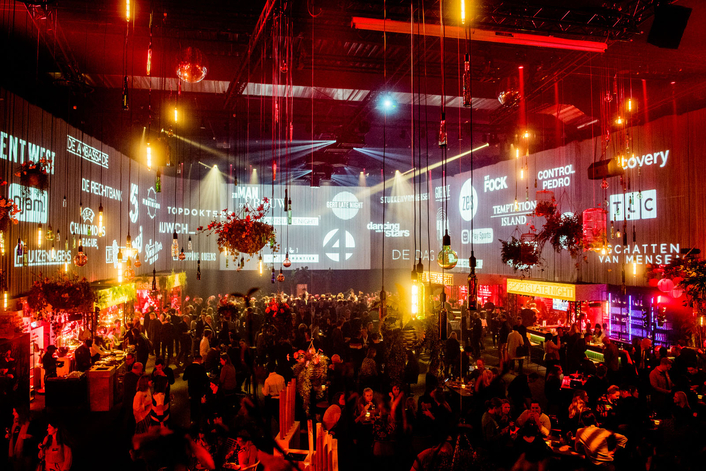 A main stage was installed at the end of the room with four prominent satellite stages – all at different heights positioned around the space – used for different presenters to pop up and introduce their new shows.

The curtain was used both as a side projection surface, and a baffle through which performers could appear and disappear almost magically! It could also fly in and out in three separate sections for performer access depending on the type of act which included a gospel choir, a solo singer, an acoustic guitarist, a dance piece and more appearing on the main stage

Headroom was limited in the venue, and crucial to the look was getting steep lighting angles to keep lighting off the projection surfaces.

The fixed position of the house lighting rig created more issues to overcome, as for Thomas’s design to work, they needed to get the screen and the top lighting positions up above it.

This tricky goal was achieved with the help of a ground support system which facilitated three runs of trussing and enabled lights to be rigged above the stage area in exactly the right places and heights. The rest of the rig, the screen, the curtains and the PA were all flown.

Up above the screen itself, Thomas needed rows of small fixtures and so he chose 46 x Robe LEDBeam 150s – selected for their size, brightness and zoom functionality, which were alternated with 46 x Robe CityFlex 48s. 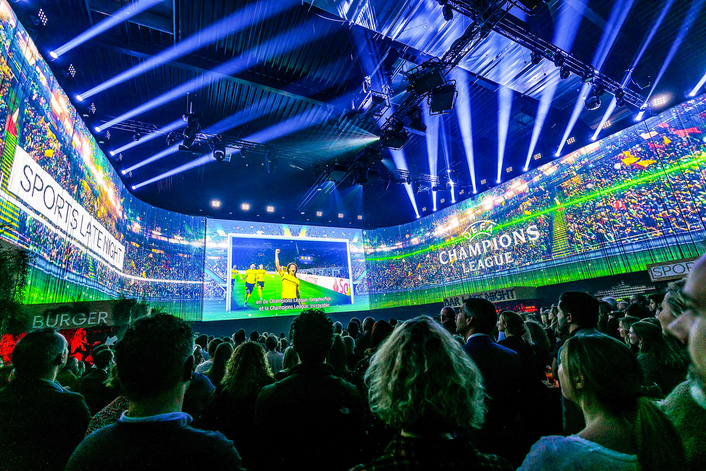 The combination of the two fixture types gave him some spectacular beam looks that criss crossed the whole room. He thought the LEDBeam 150s “really rocked” and used the versatility of the CityFlex 48s for both wash and strobe effects.

The 10 x BMFL WashBeams were his principal key lighting for the four individual stages, together with eight BMFL Blades.

The Tarrantulas were in a line behind the curtains, so when these opened there could be a dramatical blast of ‘celestial’ light from behind, created by using the Tarrantula’s centre rose combined with different colours.

Thomas loved the Tarrantulas. “WOW” he commented, “the power is incredible and they worked brilliantly for rear visuals both live and into camera. You can get seriously creative using the LED rings and central flower effect combined with the rich colours”.

L&L currently have 20 Tarrantulas in their stock of over 400 Robe fixtures, and these are constantly in demand and out on shows.

Thomas brought in his long-term programmer and collaborator Frederik Heerinckx to work on the grandMA2 console, and with over 600 cues on the console, this was an intense task! 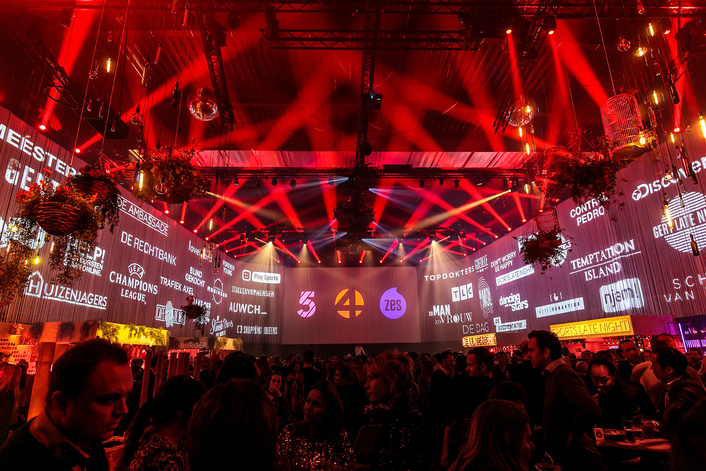 The video equipment was supplied by Faber, with Jo Pauly from Visual Solutions joining the team to programme and run the disguise media server. This cued the show’s video content playback and all the lighting cues, SFX and sound.

The projectors were all Panasonics, and the projected elements - many of which were scenic working directly with the live performances - balanced elegantly with the LED screen content to provide the multi-layered and textured visual approach that Thomas had originally proposed and envisioned.

The launch show’s director was David Ottenburgh, who was also the creative director together with Pieter Maes.