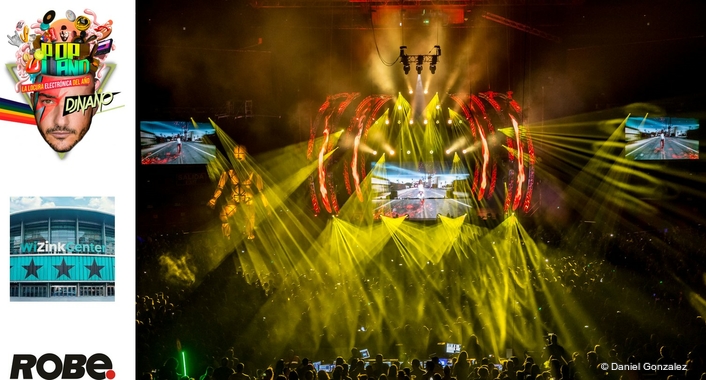 Spanish lighting designer Eduardo Valverde of Pixelmap Studios utilised the dynamic multi-functionality of Robe’s MegaPointe moving lights together with Robe LEDWash 800s and other fixtures to help create some amazing vibes and atmosphere for “Popland” a musical journey staged at the WiZink Center in Madrid. The show was a diverse electronic and symphonic fusion illustrating some of the most iconic pop, rock and dance music ‘moments’ from the last fifty years, presented by one of Spain’s most influential mix-masters, DJ Nano, in conjunction with Catalan experimental theatre company La Fura dels Baus and the Darevitam! Orchestra conducted by Bruno Axel.

The event - three years in the making - was the brainchild of DJ Nano, who initiated with the concept together with Sharemusic! who produced this very special event with another two major Spanish promoters, Planet Events and Disorder.

Eduardo and Pixelmap Studios designed the stage in consultation with Nano – his first working with the artist – and set which included a 10-metre-wide by 6-metre-high upstage automated LED screen and four impressive 14-metre-tall 1.5 metres wide curved truss sections filled with convex LED panels. 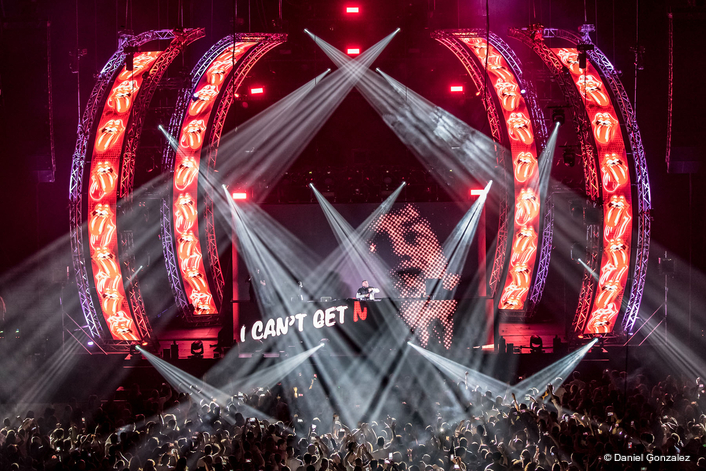 The idea with the set was to create a stage to accommodate two sets of DJs that could also conceal the orchestra … who didn’t play in every part of the show. The stage was divided into three distinctive musical sections, and this was achieved by moving the screen in and out to reveal / hide the orchestra.

La Fura dels Baus created a giant 14-metre high “Transformer” puppet that was rigged stage right and narrated / hosted the show, gyrating in time to the music, showing off its dance moves and was an integral part of the action!

The night kicked off with a homage to some of the most legendary rock bands and artists of our time including AC/DC, The Rolling Stones and Queen, with the orchestra prominently involved in some unique arrangements for this chapter of the story.

When it came to moving lights, he wanted the most flexible and powerful options and MegaPointes were top of the list! Rental company Fluge has a large stock of Robe luminaires, which have been supplied via Spanish distributor EES, so he picked MegaPointes to be the primary hard-edged fixtures.

The 40 fixtures were rigged all over the stage, along the top and bottom of the moving LED screen, on the curved truss arches, with some on the stage deck.

In Eduardo’s opinion, MegaPointe is “the best hybrid to date that allows me to have a spot, wash and beam fixture all in one unit that is equally good in each different mode”. 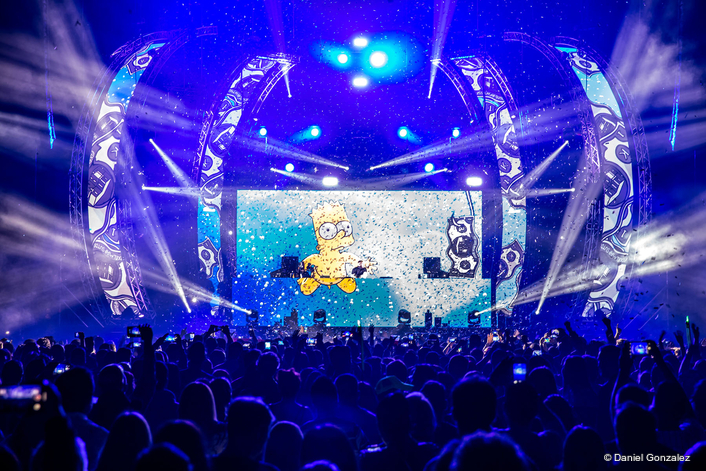 The LEDWash 800s were used to light the stage, set and orchestra, selected for their “brightness and good zoom as well as the LED ring system which can produce some great effects” he stated.

The pure dance section of the show needed vivid and super-quick lighting, so MegaPointes were ideal with their speed and rich array of colours that could be matched to the video content.

Nano set the pace, tone and grooves during this, illustrating some of the most popular dance and EDM genres, including tributes to dance ‘fighter’ Keith Flint from UK band The Prodigy who recently took his life and Swedish superstar DJ Tim Bergling (Avicii), who took his life last year aged just 28.

The final section of the show saw Nano finish with a flourish of medleys from some of the most prolific and rhythmic contemporary artists … including his own work, providing a powerful end to the three-hour performance spectacle.

The biggest challenge of the show was on the control side, syntonising the timecode from Nano across all the lighting, video, laser and SFX platforms, an integration which Eduardo and his team accomplished with their usual technical flourish. 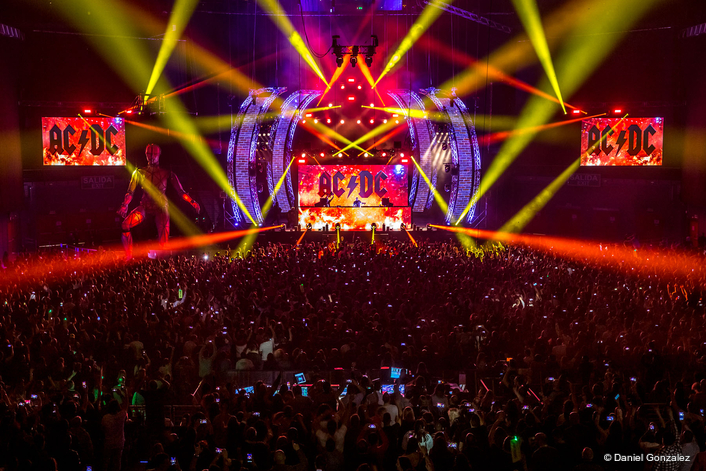 As with all Pixelmap Studio shows, lighting and video were created and worked harmoniously in the same space, and Eduardo highlights how this is easily possible with their company which specialises in providing original and complete imaginative ‘visual solutions’ encompassing both medias.

Popland was a truly unique collaboration which united the magic and ephemerality of theatre, the elegance and richness of a symphonic orchestra and positive power of dance music and the musical presence, aura and charisma of DJ Nano who entertains and enthrals crowds everywhere he plays! 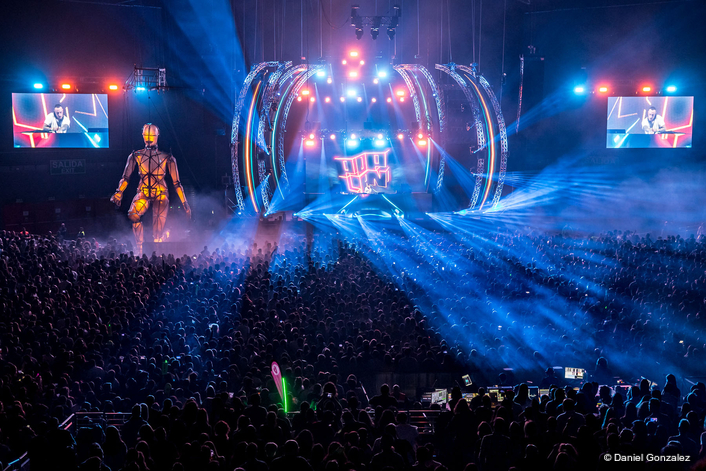 Eduardo and his team at Pixelmap Studios have been using Robe since the launch of the Pointe in 2013. As the product portfolio has grown, their designs and specifications have included more and more Robe elements. “The brand has had a great success with bringing innovation to the market at the right times” he says, adding that Pixelmap Studios is working on several upcoming shows which will also feature Robe. 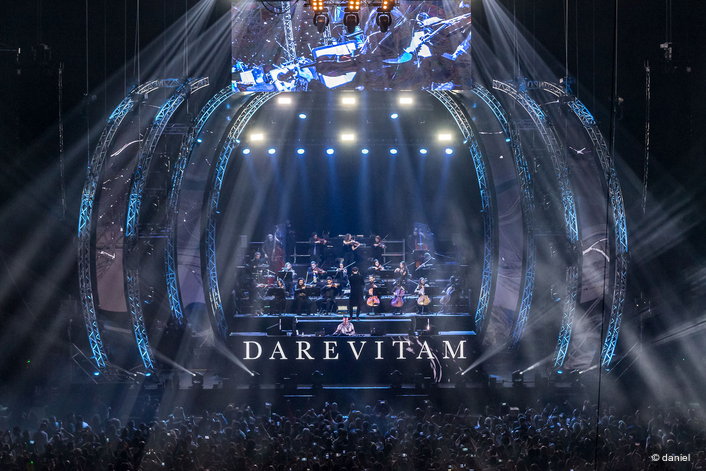