A Night in Namibia for Joss Stone 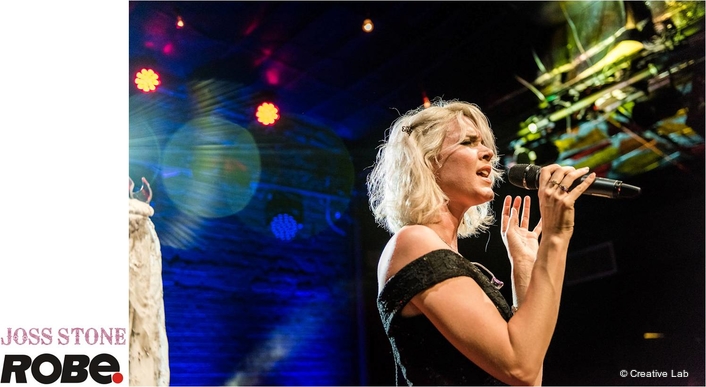 Award winning English jazz and soul singer and songwriter Joss Stone visited Namibia for the first time - and for one night only - as part of her ongoing Total world tour, making an appearance in the intimate environs of the Warehouse Theatre in vibrant capital Windhoek.

This much anticipated, high profile and instantly sold-out gig – which saw Stone play a duo set accompanied by acoustic guitarist Leon Michael King – needed to be lit beautifully and appropriately, a task for which the theatre called on the talents and creativity of LD Ramon le Roux of A&R Technologies. 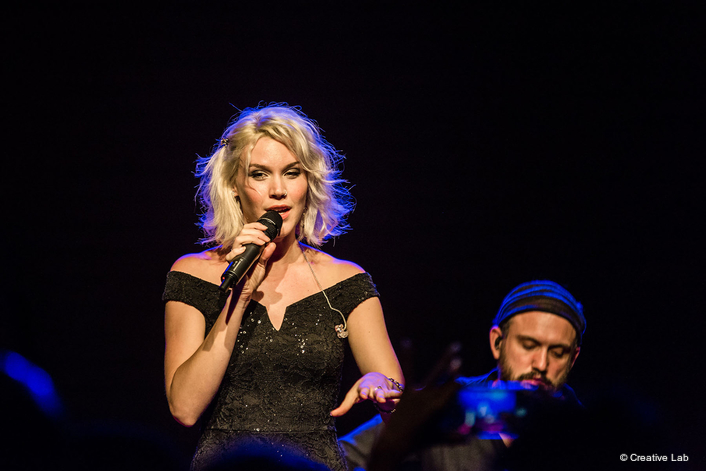 Ramon chose to augment the house rig with Robe moving lights, supplied by Windhoek based rental company dB Audio, and he specified 12 x Robe Spiiders for the main wash fixtures and seven 600E Spots for the hard edged luminaires, all rigged on the house trusses.

Ramon’s industry career actually started at the Warehouse Theatre, and he worked there as resident LD and lighting systems tech for around three years before spreading his wings, an experience that means he is well acquainted with what will and won’t work in the space.

For front generic lighting, he utilised three 25-50 profiles and a couple of 2K fresnels gelled in CTB, which easily covered the space, together with a dozen of the theatre’s LED and conventional PARs. For atmospherics, they also hung a collection of dimmable lightbulbs at varying heights in the roof above the stage 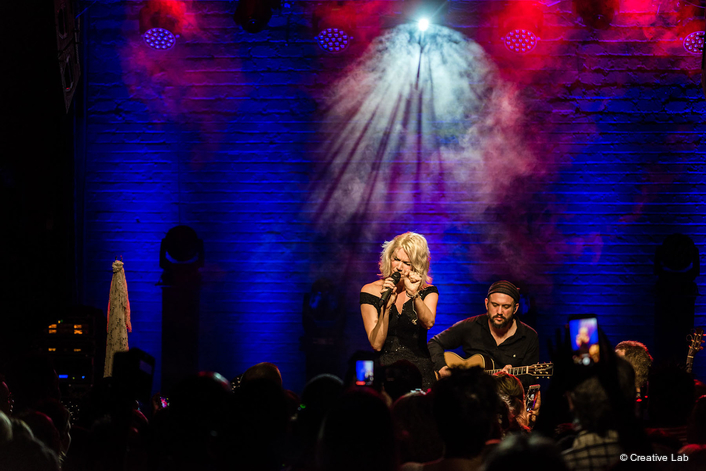 Ramon received a brief from Joss Stone’s production team which included keeping it simple and straightforward, nothing too busy or noisy or distracting … and no green!
“The challenge was to produce subtle, fluid and well balanced lighting harmonious with the spirit and vibe of the show,” he explained.

He positioned the Spiiders where they would add most to the overall size, depth and feel of the stage. He thought it was important to do this with them due to “their versatility and the fact that they are loaded with ‘specials’ potential”.

Four were on the back truss, one on each of two side trusses – left and right -  four on the deck in an arc around the upstage, with the other two at eye-level on ground-based trusses also at the back. 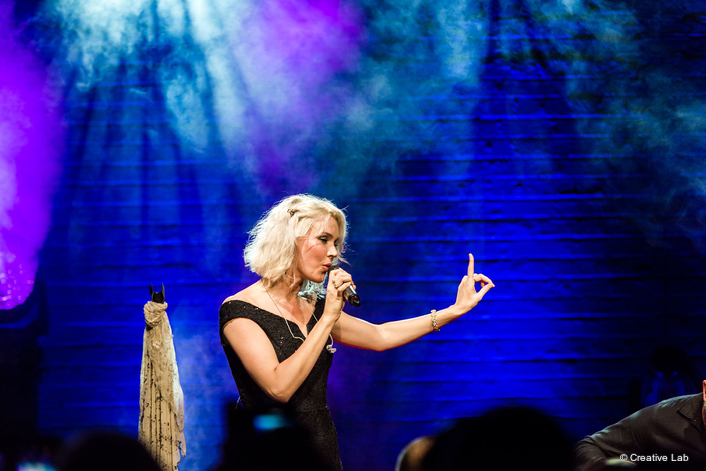 In these multi-level positions, he was able to use them for numerous tasks during the show depending on the mood and emotion of the song. Some scenes would feature just a handful of bright and tightly focused beams interplaying with the darkness and negative spaces, while others would see all 12 Spiiders interacting with the rest of the rig in big, bold all-encompassing statements.

Ramon reckons that using Spiiders deftly helped him achieve his creative goals. ‘I had to be very deliberate with all of the cues, and the adaptability of the Spiiders and the transitions between the different lighting styles … was virtually seamless”.

He also likes that fact that the units themselves are very aesthetically pleasing. “I could almost use them as set pieces emulating little coloured orbs or clocks at low intensities”. 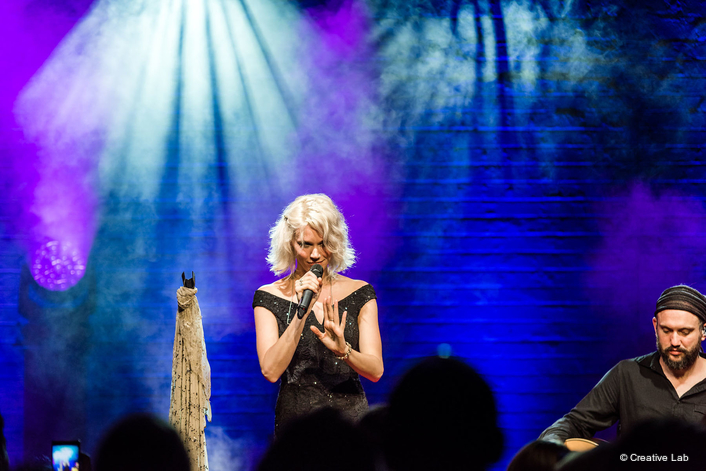 He made the most of the pixel mapping capabilities. Sometimes different groups of Spiiders were utilized for alternative specials with slow pixel mapping applied for funky and interesting colour contrasts that appeared through the haze.
In some scenes he used the fixtures in wash mode and added a pixel mapping layer at a higher intensity which resulted in some great air movement effects. 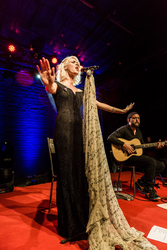 The flower effect was introduced for a couple of scenes when in wash mode, bringing another dynamic completely to the colouring and the beam. With the ultimate objective to help immerse the audience in the artist and her music, Ramon and the production were all very happy with the results, especially for a one off and not having seen the show previously!
He operated the lights using a grandMA dot2 console, and was fortunate enough to get a reasonable amount of pre-viz, programming and prep in ahead of the performance.

Ramon regularly uses Robe in his work and is a big fan of the BMFL, especially the Blade, along with Pointes and now Spiiders which are always on his favourites list. Like many, he’s eagerly looking forward to using the MegaPointes in the near future.

Robe was the first quality moving light brand that he came into contact with in the early stages of his career in 2012, and he’s come to value and enjoy them as “reliable and innovative products. I think the brand is in a great place right now … and moving forward with each product release which address the needs and wants of LDs and systems techs”.