When Sound Supervisor Daniel S. McCoy, CAS, owner and operator of ToneMesa, Inc., was given the savory task of creating flawless audio transmission for the new FOX reality series, My Kitchen Rules, he turned to Wisycom for his wireless needs. With an abundance of microphones capturing audio simultaneously, McCoy needed proper audio transmission in order to catch every key moment of the show.

My Kitchen Rules is a reality cooking series that pits celebrity duos against each other as they cook and critique each other’s food in their own Hollywood homes. Professional chefs Curtis Stone and Cat Cora will judge the wannabe chef celebrities, including TV host and *NSYNC member Lance Bass, R&B recording artists Brandy and Ray J, comedian Andrew Dice Clay, country superstar Naomi Judd and reality TV star Brandi Glanville, all competing for the right to claim My Kitchen Rules. The program is currently the number one show in Australia for five years running. 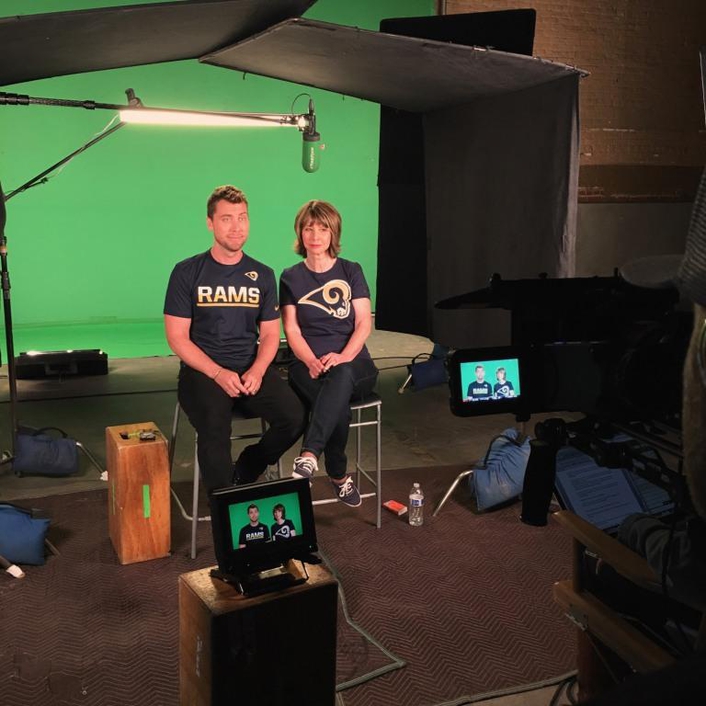 “My Kitchen Rules is filmed entirely on location and never on a stage or in a studio,” says McCoy. “We had to build a tremendous control room in each location, and in order to pull this off we turned to Gary Vahling and his company Audio Masterpiece, an official Wisycom Authorized Distributor, to help. I’ve been using Gary’s expertise for many years in the rental business, but this is the first time I’ve used his services in the design business to help me build the ultimate RF cart for this job. We had a few weeks to design and he was able to help me coordinate all the necessary frequencies, in the ideal groups, for all the zip codes we were hitting. Thanks to my Wisycom devices, it is easy to move from one heavy RF location to another with no problems.”

McCoy dubs his and Gary’s new creation the “Tone Cart V2” because of its flexibility and density of audio equipment. This cart has the ability to not only receive 18 or more Wisycom channels at the same time, but also provides routing with Dante®. The Dante signal is sent to Aviom personal mixing systems that allow producers to select and discreetly monitor the talent audio of their choice.

“We were filming in the celebrities’ kitchens and had to build an entire control room for eight cameras and the producers in their garages,” adds McCoy. “The gear had to be super robust, reliable and accommodate a wide range of frequencies. That is why we used Wisycom. Wisycom enabled us to have up to 40 different channels that were usable at any given time all over Los Angeles — in the Malibu Mountains, the Hills, Downtown LA, the Valley — all very dense places with a ton of RF. That’s pretty incredible.”

“For the ToneMesa setup, we used the newly released Wisycom MCR42S2 portable ENG style receivers, along with a combination of Wisycom MTP40S and MTP41S transmitters,” says Vahling. “We have used the Yamaha QL1 digital mixer because of the small size, powerful processing and Dante routing flexibility. This console enabled me to take 16 discrete AES3 inputs from eight Wisycom MCR42S2’s, which allowed 140dB of output dynamic range for the receiver. Using the transmitters 30dB above peak limiters allowed us to cover the talents voice from a whisper to explosion noise levels with no clipping. We had a very high dynamic range to work with. The DPA d:screet™ 4061 lavalier mics gave me incredible audio on all the cooking implements. The chopping, sizzling, steaming, and food processors — all of this came directly off the mics and sounded incredible.”

Another interesting component to the design was the use of Wisycom’s SPL218 Antenna Combiner with Wisycom’s CSA221 passive diversity splitter. By utilizing these, Vahling created an efficient solution with two pairs of antennas for a particular location.  According to Vahling, “The CSA221 is an easy-to-use, cost effective solution to set up two pairs of receive antennas. The device enables pass-through of antenna powering, allowing the users to have one pair of the Wisycom LNNA Wideband Antennas and one pair of the AGN00 Omnidirectional Groundplane Antennas with BAA amplifiers. This allowed Dan to have two receive zones with the CSA221s. It worked incredibly well.” 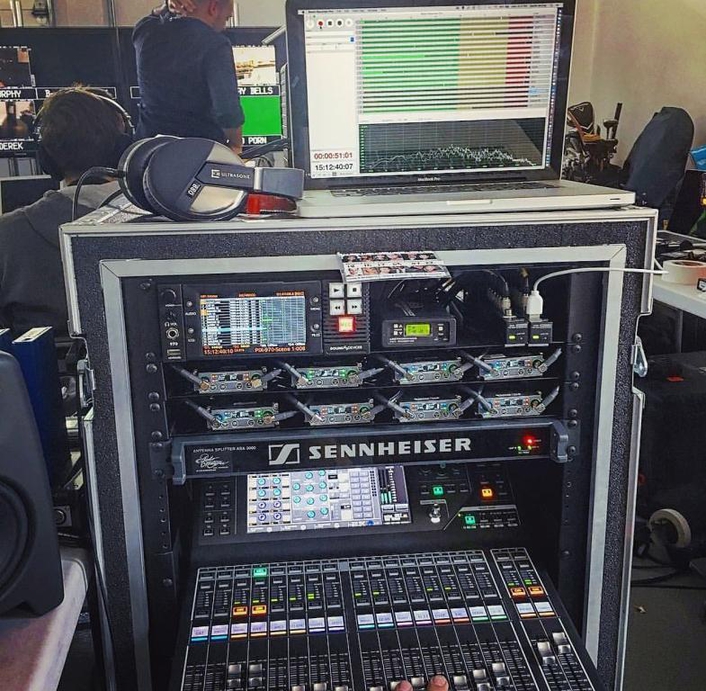 The design also called for a switch to new IFBs. “Wisycom’s new MPR50-IEM is not only a phenomenal scanning device that you can use to scan all kinds of groups already preprogrammed into your receivers, but you can also use it as a monitoring device to check mic placements,” adds Vahling. “At times, we would have up to 18 talent mics and we’d need to send an A2 miles down the road to the talents’ trailers. As they’re going through hair and makeup, the A2 would place the bodyworn mic and use the IFB to tune to the mic channel for that talent and listen to that microphone. When talent showed up on set, they were ready to go. This workflow was super effective and we were fully confident in the MPR50.”

According to McCoy, “Gary’s knowledge of not only the hardware and firmware, but also of the RF technology and software systems with the proper coordination, was invaluable, and the Wisycom team came in handy in programming all our transmitters and receivers for the show. This project was a massive undertaking that came together thanks to the hard work of Gary’s team, the wonderful equipment from Wisycom, and my team: Peter Ølsted, Adam P. Lawrence, Ernie Munoz, Gary Tomaro and Matt Brodnick. We are excited for the American television audience to see it.”