Wisycom Wakes Up With CBS This Morning

When Jim Dugan, owner and CEO of JetWave Wireless, and his team were called upon to provide wireless coverage for CBS’ broadcast of the preview of the National African American Museum, he knew they could rely on Wisycom to deliver flawless RF coverage through the 350,000-square-foot building. JetWave Wireless, an industry leader in large scale wireless entertainment and television production, exclusively used Wisycom products to support the entire broadcast.

The National Museum of African American History and Culture (NMAAHC) is the only national museum devoted exclusively to the documentation of African American life, history and culture. To date, the museum has collected more than 36,000 artifacts and nearly 100,000 individuals have become charter members. It opened to the public in September 2016 as the 19th and newest museum of the Smithsonian Institution. 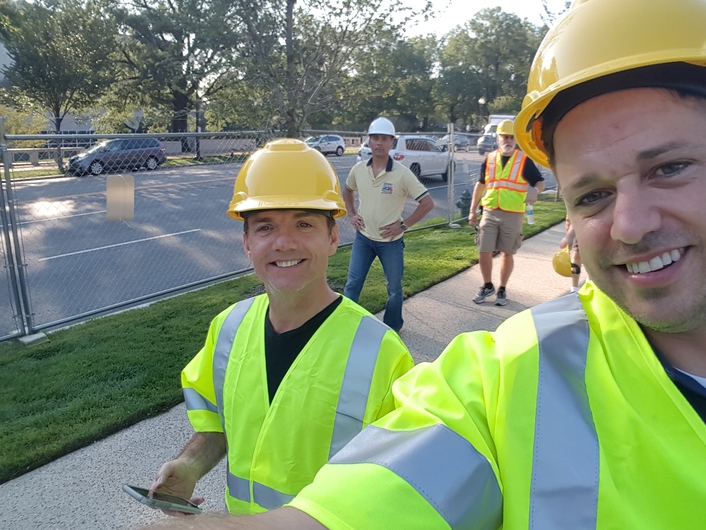 “We wanted to make sure we didn’t miss a minute of the broadcast, which is why we use Wisycom RF products,” says Dugan. “To pass through these doors is to witness a truly awesome expression of a people: their hearts, their pain and their strength. The CBS Network wanted to support and illuminate this vision by bringing CBS This Morning to the museum and conducting a full remote broadcast prior to the facility’s official opening. I am thrilled to have been asked to supply the full wireless coverage and wouldn’t rely on anything else besides the Wisycom distribution products and the full integration with their wireless mic’s and IFB systems. 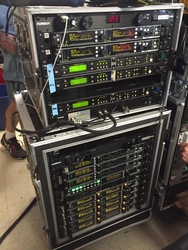 The wireless challenge, however, was immense, due to the size of the museum. The NMAAHC is massive, with three stories below ground and five stories above ground,” he says. “But I was fully confident that my Wisycom systems would provide interference-free coverage throughout the expansive space. We used three complete Wisycom MFL RF-over-Fiber systems and tied them together with Wisycom MAT288 Programmable RF Combiners. The Wisycom systems allowed us to employ 10 wireless microphones, four IFB transmit channels and six wireless intercom channels throughout the building on a single strand of fiber to each of the remote sites of the space.”

JetWave has been an authorized U.S. dealer of Wisycom products since 2014. “The relationship that we have developed with Wisycom has been a tremendous success,” adds Dugan. “We are so far ahead of where we were just a few years ago. Our passion for distributed antenna technology, coupled with Wisycom’s expertise, is a recipe for success. Wisycom products not only sound amazing, but are also unlike anything else on the market. With the company’s tools, we can have complete remote control of antenna sites over one single strand of glass. This is an incredibly advanced development in our sector of business. The demand by clients, like CBS, to cover these types of special events is growing, and we look forward to using Wisycom on these future projects.”