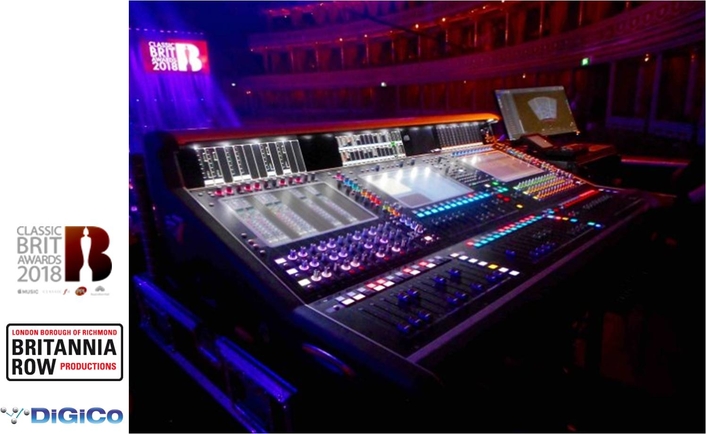 Established in 2000 and having had a five-year hiatus, the Classic BRIT Awards was held at London’s Royal Albert Hall at the end of June. Featuring both British and international classical talent, it was hosted by Myleene Klass and Alexander Armstrong, with a Lifetime Achievement Award bestowed upon Dame Vera Lynn. Other Awards included Best Male Artist and Critics’ Choice Award for 19 year old Sheku Kanneh-Mason, two Awards two Michael Ball and Alfie Boe and Soundtrack of the Year to The Greatest Showman.DiGiCo’s native L‑ISA source control was deployed for the L‑ISA hyperreal immersive audio system, which was being deployed for the first time in the UK.

Britannia Row Productions were audio providers for the show, with Sound Supervisor for the event Colin Pink in charge of coordinating audio between the artist, production, broadcast. Front Of House engineers Simon Sayer and Tom Marshall operated an SD7 for the orchestra and soloists and SD12 for mixing strings and presenters respectively. An SD5 and SD12, the latter being used for orchestra and soloist monitoring and operated by Wayne ‘Rabbit’ Sergeant, were at the monitor position. 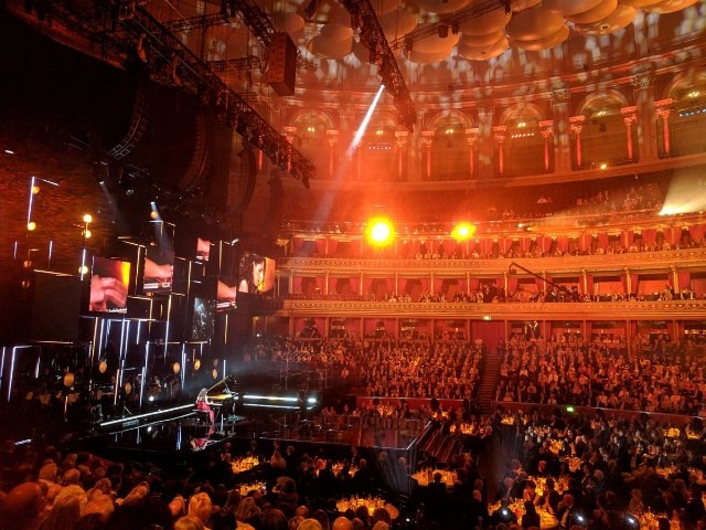 “DiGiCo SD consoles have natively integrated L‑ISA Source Control functionality,” explains Brit Row’s Lez Dwight. “This, along with their ease of connectivity over a fibre loop made them the perfect console for the show and meant we could position stage racks anywhere we liked, which is a huge advantage. It’s a proven system and very solid. 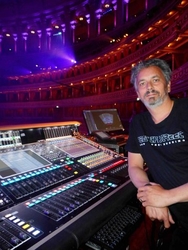 The L-ISA processor’s MADI input can handle up to 96 channels, with the final count for the show running  to around 54, leaving plenty of headroom. Each input allows the engineer to control pan, width, distance and elevation, as well as a designated aux send, for any given L-ISA source object. All L-ISA parameters can be stored in the console’s Snapshots engine and recalled in the same way as other console parameters.

"I am very impressed with the L-ISA system,” says Simon. “It enables, relatively easily, the placement of instruments in the Frontal Scene. The software is very user friendly and interfaces perfectly within DiGiCo; it’s seamless and the audio sources can be moved around, with the changes programmed and easily recalled within the desk by using the console’s Snapshots function. We grouped sections of the orchestra, allowing us to move them as a whole to conserve our MADI streams, sending the groups directly out to L-ISA. As the channel numbers of the L-ISA system relate directly to the actual channel numbers in the DiGiCo, it’s useful to place the output group next to the corresponding input channel on the desk screen. This input channel control becomes your L-ISA automation for that group.” 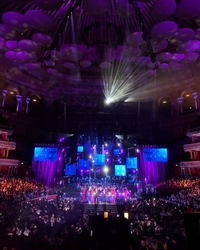 Simon found this an interesting way of working and notes that it prompted him to stop and consider things at the earlier stages of set-up and rehearsals to get the right ‘picture’.

“For a show like this, or for very densely packed arrangements with a large number of musical elements to conventionally fit in to a left/right system, it was an invaluable tool,” he says. “All in all, I loved it and I’m looking forward to using it to great ends on the next project.”

“I had heard L‑ISA in a demo situation before but prior to the RAH. This was a really special audio experience,” concludes Lez. “It’s similar to being in a movie theatre with a Dolby system, the beauty of L-ISA being that you get the correct audio imaging even when you’re not sitting in the ‘sweet spot’. The interface on the channel strip that’s integrated into the DiGiCos is a huge bonus; it was all very intuitive and quite easy to programme. And best of all, the results were stunning.”

4Ears and Mono get closer to the audience with DiGiCo
Alfacam SA invests in DiGiCo SD12
AudioCP Invests in Adlib, L-Acoustics & DiGiCo