Finnish band, Sunrise Avenue, led by frontman and Voice of Germany judge, Samu Haber, performed to a sold-out Wuhlheide in Berlin this summer as part of their recent Fairytale – Best of tour.

The tour took Sunrise Avenue to major festival stages across Germany, Austria and Switzerland. On tour with the band was German Lighting Designer, Stephan Aue, in charge of the lighting and stage design since 2013. Among other equipment, the band used the powerful Martin MAC Viper™ AirFX hybrid, which combines wash light, beam and mid-air effects in a single fixture.
After Samu Haber’s participation in The Voice of Germany, public interest in Sunrise Avenue practically exploded. Previously, the Finnish band performed at more intimate venues. With Samu Haber’s instant fame, they suddenly began playing to thousands of fans in big venues. “Because they had always performed in small venues in the past, the band wanted a change,” said Aue. “They wanted their own show with a stage set and awesome lighting design.” 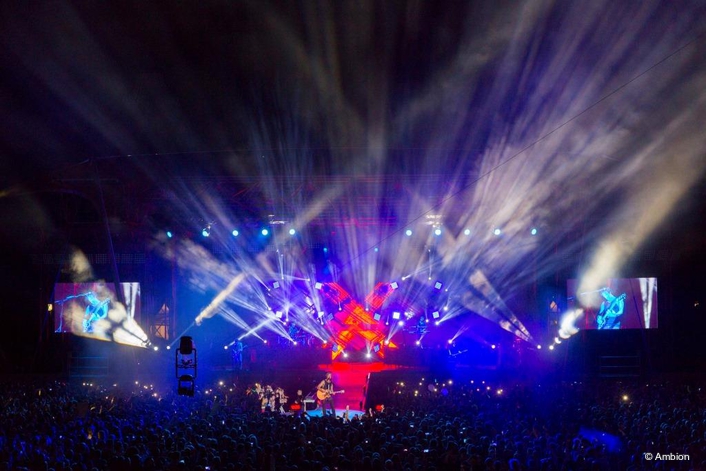 For the tour, Aue came up with a scalable set design with a width of 12 meters, to be used across any type and size of stages and festivals. “12 meters is common for medium-sized and large festivals,” Aue said. When needed, the set width can expand up to 18 meters. While in Munich this summer, Aue learned that the forthcoming concert in Wuhlheide, Berlin was to be recorded and decided to bring in additional fixtures.

“The Wuhlheide stage is relatively wide,” said Aue. “To make sure that it did not look as if the band was playing in a tiny set on a massive stage from certain camera angles, I wanted to optically enhance the stage set.”

Aue’s stage design included three square LED panels hanging from the rig that could be raised and lowered vertically. The shapes of the panels were replicated throughout the design – for example on the platforms for the drummer and keyboard player.

The hanging LED panels were equipped with RUSH™ MH 3 beams. To light up the bigger set, Aue wanted to add more beams. Rather than using additional RUSH MH 3 beams, he decided to try out MAC Viper™ AirFX.

“I had seen the MAC Viper AirFX a couple of times before, and had always wanted to try it out,” said Aue. “With only eight MAC Viper AirFX fixtures placed on flight cases both at the left and right side of the stage, I was able to blast up the entire set. The effect was really impressive. It’s an optical trick that works especially well for the camera.” 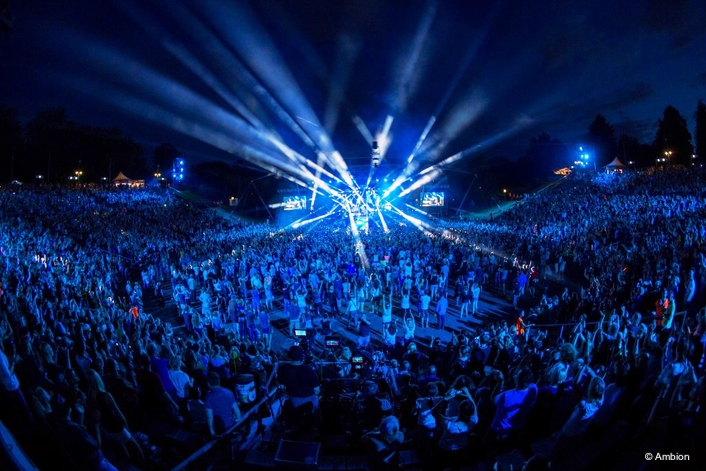 30 MAC Quantum Wash lights were also used as venue and audience lights.
“Because camera footage was planned, we needed additional crowd lighting,” said Aue. “The MAC Quantum Washes illuminated the entire arena, enabling you to see the audience, which is crucial for this type of recording. I originally had the MAC Quantum Washes earmarked for the set. Unfortunately, due to their considerable footprint, we chose not to use them on the set. However, in terms of output these fixtures are great!”