This spring, the Royal Danish Opera staged Tchaikovsky’s famous ballet, Swan Lake, in a new production under the direction of Nikolaj Hübbe, Chief of the Danish Opera, and Silja Schandorff, Director. Staged for the first time almost 150 years ago, countless versions of the tragic love story of Swan Lake have since been shown in theatres across the globe. To bring new life to the classic piece for the Royal Danish Opera (RDO), Hübbe and Schandorff called upon Finnish Designer, Mikki Kunttu to develop an original lighting, video and set design. Kunttu’s minimalistic set design meant that every element played a significant role in bringing the the production to life, including HARMAN Martin Professional’s VC-Strips and MAC Viper Profile lighting fixtures.

Kunttu has worked with the Royal Danish Opera on similar productions in the past. However, this is the first time he has developed every aspect of the lighting, video and set design in an RDO production. The first challenge presented itself to Kunttu early on in the design process: how creative was he allowed to get within the context of the Swan Lake ballet? Ballet as a genre is traditionally connected with elements such as landscape-painted backdrops and projections with illustrations. Kunttu and his team wanted to challenge tradition with a new approach, but first Kunttu immersed himself in the Swan Lake story. 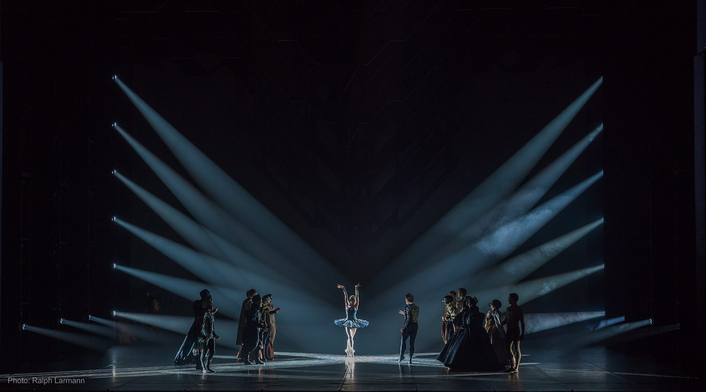 “I needed to get to the core of the story to understand what makes it so successful decade after decade,” said Kunttu. “Only after doing that was I able to form my own vision and felt comfortable presenting it to the rest of the team. Once I’m satisfied that I’ve done my basic work, I’m ready to get creative.”

As an experienced lighting and set designer in genres ranging from concerts to theatre and TV, Kunttu always looks for and tries to represent the essence in his designs. His methodology is much the same whether designing for a concert or a ballet. 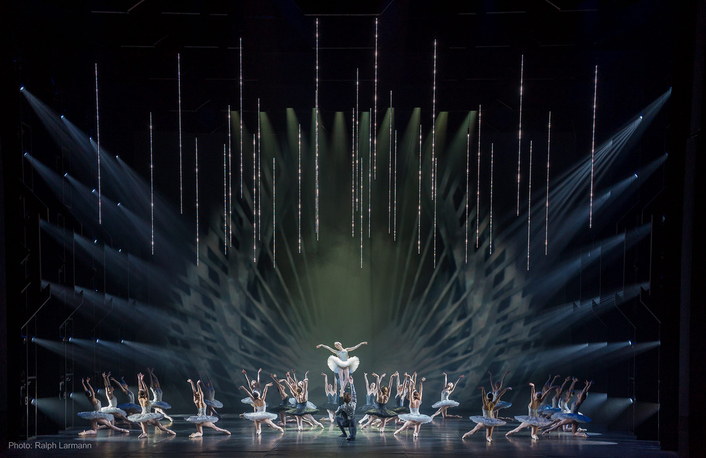 “Often you’re hoping to evoke the same kind of emotions regardless of the application you’re designing for,” said Kunttu. “That part is the same – your toolbox just varies slightly in the different fields.”

In the case of Swan Lake, the traditional elements gradually disappeared from the design and the basic idea of mixing video, set and lighting design was conceived. This idea was so strong and had so much potential that there was no need for anything else.

“One of the secrets is being able to see what you don’t need and then make the bold choice to remove them from the production,” said Kunttu. 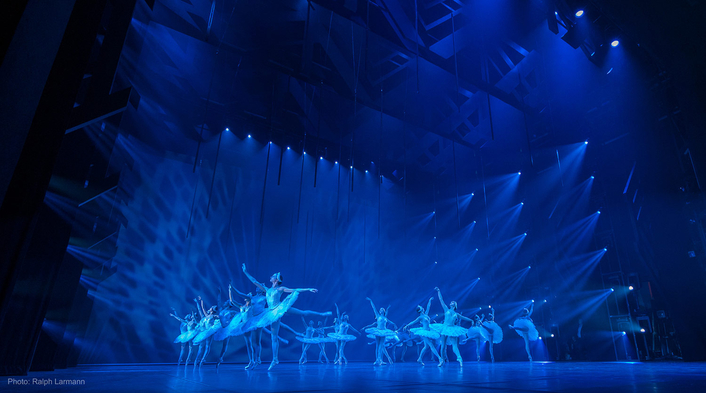 One of the main challenges in ballet is that the stage floor needs to be kept free of scenographic elements to leave space for the dancers. Normally, you would frame the stage with legs and borders, but Kunttu wanted to overcome this somehow and convert the legs and border to become one of the performers. He envisioned a dynamic structure flying above the stage – being able to travel in the air like feathers but at the same time possessing a dark and heavy undertone. He wanted it to represent the darker side in the story and work as its own character.

Thus, Kunttu and his team developed a cut-out structure with an abstract shape to sometimes reference elements in the story, such as a castle. The appearance of the structure depended on the video content projected onto it and through it as well as how the structure was lit.

Once the structure design was in place, Kunttu’s vision for the lighting design quickly developed. He used eight towers of MAC Viper Profiles to add dimensionality and create a space without directly lighting the dancers. MAC III Washes, Profiles and Performances were used to add volume and heavy color to the production 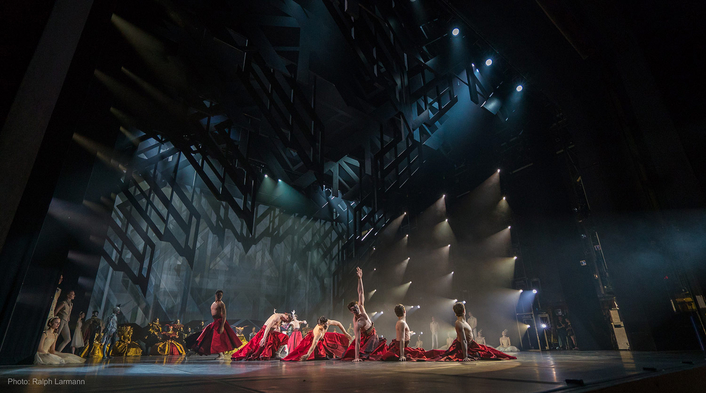 “It delivers a fantastic quality of light and an amazing output. It’s silent, the optics are great and there’s so much punch for a lamp this small.” 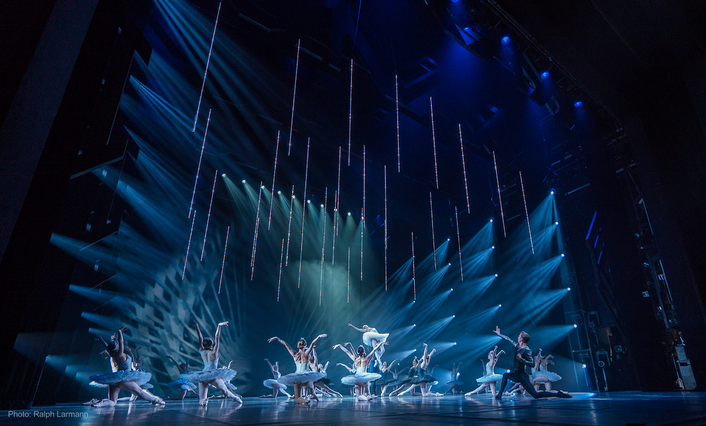 32 VC-Strips of 4 meters each were also part of the production. In the first lake scene the fixtures served purely as set elements with no content displayed on them. They were then lowered all the way down to stage level with the dancers moving around them as if they were trees, symbolizing the swans’ journey through the dark forests towards the lake. In the second act, Kunttu used the fixtures as living pixels resembling stars above the Swan Lake.

“This is a creative video tool with a lot of potential,” said Kunttu. “It fits perfectly into a production like this, where it can take on several functions both as a lighting fixture, as a set piece and a video surface.” 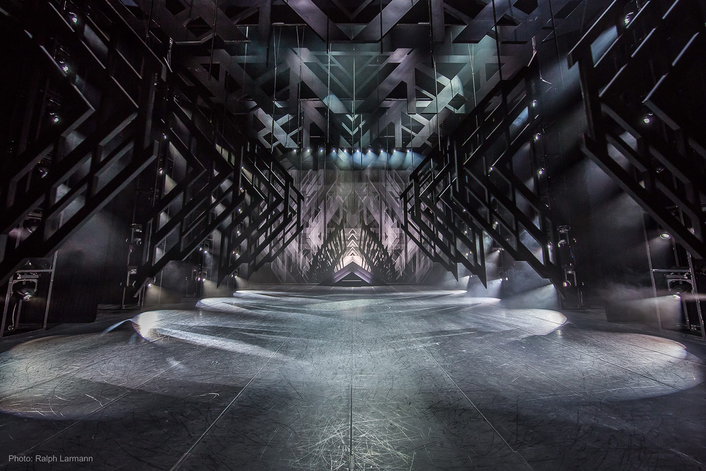