.
With a headquarters in Kassel and branches in Hamburg, Berlin and Frankfurt, Ambion GmbH is one of Germany’s leading technical event providers. The company has been using Coda Audio systems for several years and recently made another huge investment in its products, via German distributor Audiovation GmbH.

The previous experience that Ambion's Jesko Purmann and Michael ‘Miwe’ Wengerter had with Coda systems meant they were already convinced of the sound and manufacturing quality, rigging flexibility and simple operation of even the largest Coda systems. So when the company introduced its new Linus amplification and control platform at this year’s ProLight+Sound, Ambion approached Audiovation about making a further major investment in Coda technology, to utilize the benefits of the new Linus platform.

“Ambion wanted to significantly expand its inventory of Coda loudspeakers and so it had to expand the amount of amplifiers and controllers that it owns as well,” says Audiovation’s Reiner Sassmann. “Jesko and ‘Miwe’ were so impressed with the capabilities of the Linus technology that the decision to invest in pro Linus was an easy one.”

"As one of the world's leading Coda Audio full line providers, we have considerable demands to supply our customers with the latest technology," adds Jesko.

In addition to the acquisition of a new controller platform, Ambion invested massively in 144 TiRAY ultracompact line array plus a considerable number of ViRAY, SCP-F, SC2-F, SCV-F as well as G-Series compact loudspeakers. This purchase increased Ambion's total amount of Coda loudspeakers by further 300 units to more than 550 boxes, including 300 line array elements and over 100 compact loudspeakers, all powered by 200 Linus controlled amplifier channels. 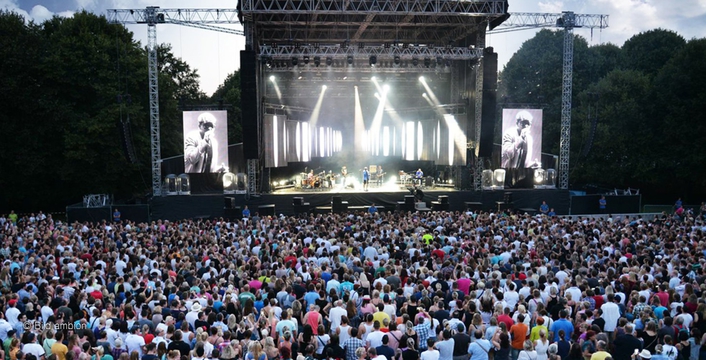 “’Miwe, as head of Ambion’s sound department, attended a Linus-Live seminar at Coda so that he could then conduct three days of training for the Ambion sound engineers at their premises,” says Reiner. “This training was also to familiarise the Ambion staff with the new TiRAY series and the SC2-F as a ViRAY bass extension. As well as theoretical lessons, Miwe ran detailed practical sessions in rigging and tuning all Coda Systems.”

One of Ambion’s first deployments of the new Coda equipment was at the Schloss Wilhelmstal Open Air festival in Kassel, where an LA12/ViRAY system entertained 23,000 people over three days.

“We are very pleased that such a major company as Ambion is prepared to invest so much in Coda systems and Audiovation’s service,” concludes Reiner. “Ambion services a wide range of events and it shows great faith in the product being the ideal solution for all types of production.”

The New Brilliance of the Tagesschau®
A New Highlight in the Sp...Volleyball by SKY Germany
AMBION Realizes the Openi... World Championships 2011