On Saturday 2nd July, L-ISA live was deployed at Berlin Waldbühne for a concert of the most famous Disney film melodies performed by the German Symphony Orchestra Berlin.

L-ISA live, a breakthrough in sound reinforcement technology that offers an immersive experience of hyper-realistic localization, is the latest technology from L-Acoustics founder Christian Heil. It provides a true connection between the seen and the heard, ultimately suppressing the sense of loudspeakers and delivering natural sound. Acoustical events are perceived as if they were emerging from the source, thus completely focusing the listener’s attention on the performance.

L-ISA live requires the placement of a frontal speaker system, consisting of at least 5 arrays/loudspeakers, along with an L-ISA Processor that provides an intuitive object-oriented mixing approach through dedicated software: the L-ISA Controller. “To achieve optimum results, loudspeakers need to be installed in suitable spots to provide the desired localization effect,” explains Sherif El Barbari, head of application at L-ISA. “Because humans have the capability of localizing sources horizontally in a much higher resolution, we need to respect a maximum distance between loudspeakers, which allows us to experience a perfectly localized event connected to what we can see. Vertically this is less critical, which allows for more flexibility in positioning the arrays higher than the actual sound source.” 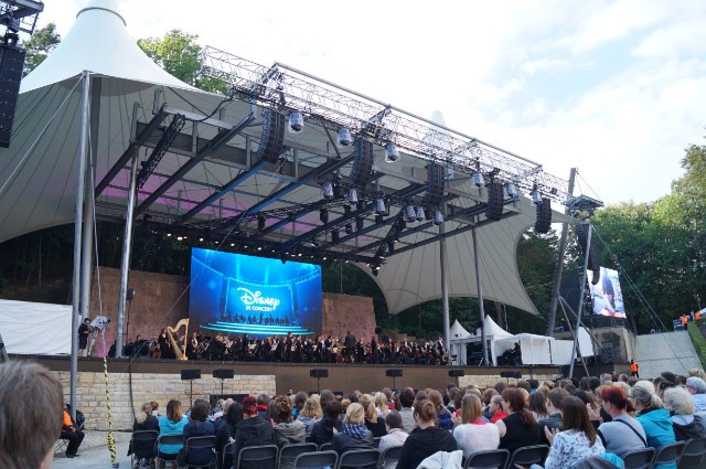 The Berlin Waldbühne is one of the most beautiful open-air stages in Europe. As usual the considerably strict sightline rules have to be respected and it was not possible to use loudspeaker arrays above the stage that were tall enough to cover the entire venue’s capacity of 20,000 pax. “Because of this, we designed a ‘mixed’ solution combining a frontal L-ISA system with a conventional L/R system,” says Sherif. “We had five arrays of eight Kara above stage to provide optimum experience to the closer audience, who usually suffer from an indirect sound and poor localization when a L/R system is in place. The far field was addressed by a hang of eight K1 per side to cover the further audience areas with satisfying results due to the distance.” 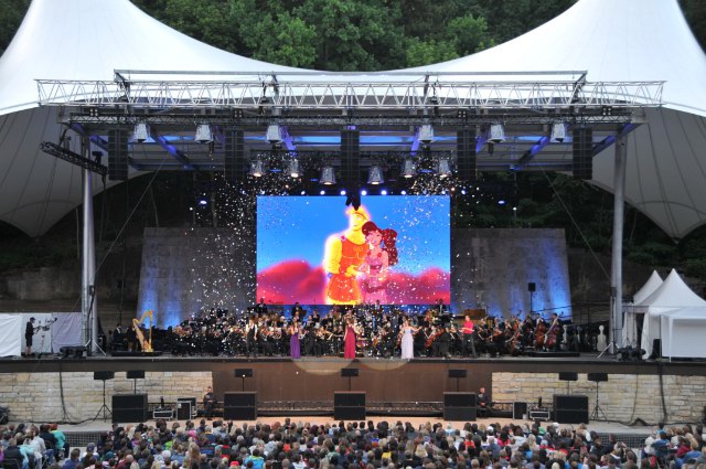 Holger Schwark, a savvy and experienced mixing engineer in this venue for the past 14 years and in charge of FOH sound for this event for the second year:

“When I first heard about the development of the L-ISA system, it didn’t take me long to know that it should be tried at the Waldbühne,” says Holger Schwark, Front of House engineer for “Disney in Concert” and mixing engineer for 14 years at the Waldbüne. “This year’s “Disney in Concert” show was the perfect opportunity to give it a try. The promoter had enough confidence in me and PA company Soundhouse’s team, which meant we were able to come up with a new system design. 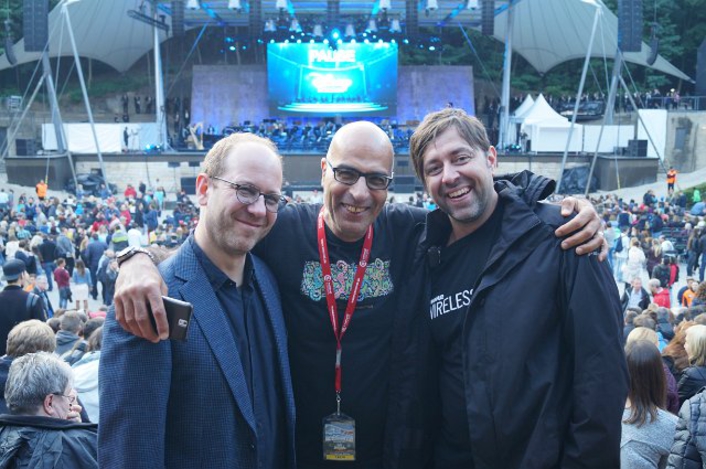 “I’m very happy to say that using L-ISA is a big step towards more people in the audience experiencing more of the sonic detail connected with what one can see on stage. This imaging clarity is usually only available in full quality to those seated near the middle.

“Mixing on the L-ISA system was a very enjoyable and rewarding experience, and the number of people who complimented the sound this year was a good indication that it was recognized by many.”