Thunder Audio recently deployed a large-scale JBL by HARMAN VTX Series system at Lollapalooza 2016 to power a diverse lineup of high profile artists at the festival’s Bud Light stage, including Ellie Goulding, Major Lazer, Lana Del Ray, The 1975, Future, Disclosure, HAIM and many more. Thunder Audio used the JBL VTX system at Lollapalooza 2015, and selected the system once again for its smooth frequency response, powerful output and ease of deployment. The VTX system’s clear and transparent sound quality was especially important, and enabled Thunder Audio to accommodate a wide range of sonic requirements.

“We always set up the system as flat as possible out of the box without a lot of processing or equalization—the system already sounds great with the JBL voicings,” said Greg Snyder, Vice President of Sales at Thunder Audio. “We’re handing the FOH engineers a very flat and neutral system that works well for any type of music, so they don’t have to do a lot of work to get the sound they want for their artist. This makes it much easier to meet the artists’ expectations and everyone had a great time using it.” 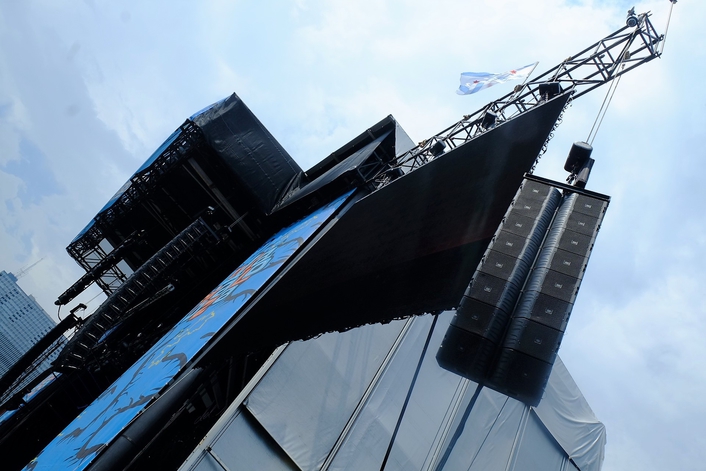 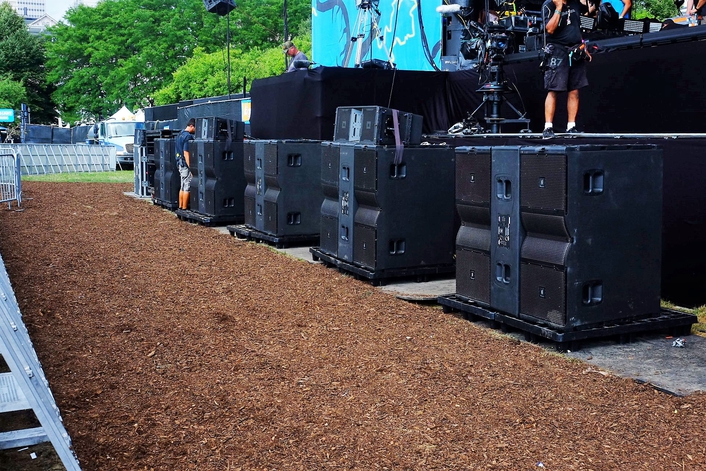 As with last year’s festival, the Thunder Audio team faced some significant challenges during deployment. The site received lots of rain in the week before the festival and the area in front of the stage retained a lot of water. Thunder Audio needed to get the system up quickly to avoid tearing up the ground.

“We had to make sure the audience could enjoy where they were standing without getting stuck in the mud, so we needed to build the system quickly while still maintaining the site,” said Snyder. “VTX is one of the most user-friendly systems to deploy, since it can easily be flown standing up or laying on its face. Deployment was very quick and within a couple hours we had all the main clusters and out fills up. Then all we had to do was fork down our subwoofers, which we placed on pallets to keep them out of the mud.” 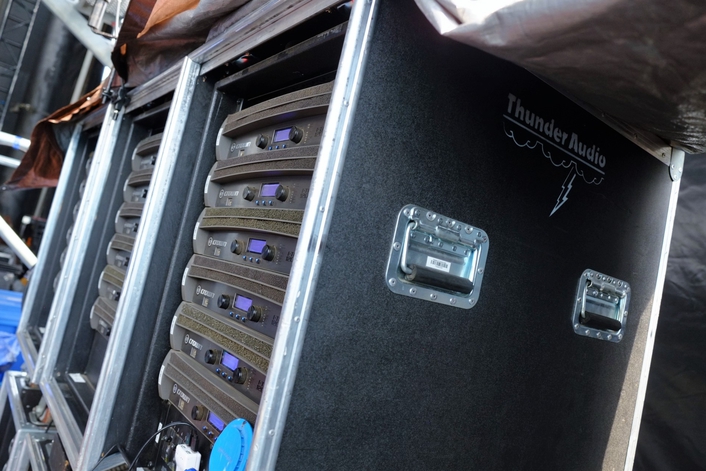 The artists performing at the Bud Light stage had drastically different sonic qualities—from intense and bass-heavy electronic sounds to rock and roll to modern pop. As an early adopter of the VTX Series, Thunder Audio and was initially drawn to the system for its versatility and its ability to produce excellent results with any type of music.

“With today’s digital consoles and very diverse frequency requirements, it’s important to have a PA that can accurately reproduce the sounds going in to the system,” said Snyder. “With VTX, the sound that comes from the system is record quality. We heard Major Lazer, Ellie Goulding and all of the acts as they’re truly supposed to sound. Even with 40,000 people in front of the PA, the system still sounds great and gives the artists exactly what they’re looking for. In the end, we’re trying to make everyone’s job easier. VTX is a dynamic product and it becomes one with the artist that’s performing.” 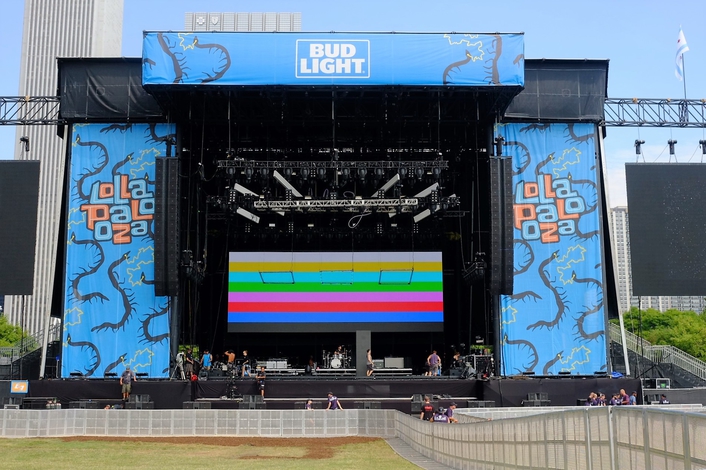 HARMAN designs and engineers connected products and solutions for automakers, consumers, and enterprises worldwide, including connected car systems, audio and visual products, enterprise automation solutions, and connected services. With leading brands including AKG®, Harman Kardon®, Infinity®, JBL®, Lexicon®, Mark Levinson® and Revel®, HARMAN is admired by audiophiles, musicians and the entertainment venues where they perform around the world. More than 25 million automobiles on the road today are equipped with HARMAN audio and connected car systems. The Company’s software services power billions of mobile devices and systems that are connected, integrated and secure across all platforms, from work and home to car and mobile. HARMAN has a workforce of approximately 29,000 people across the Americas, Europe, and Asia and reported sales of $6.9 billion during the 12 months ended June 30, 2016. The Company’s shares are traded on the New York Stock Exchange under the symbol NYSE:HAR.