Red Bull Media House was shooting content for their own feed that is available on Xbox, Apple TV, Samsung smart TVs + elsewhere
The TV production for Lollapalooza continues to improve as music fans can tune in from nearly every device.There was a time when the best way to experience a concert festival was to get ready to spend a couple of days in the mud writes Ken Kerschbaumer for LiveTV|LA.

But the maturity of the festival circuit (as well as their original fans who are now well past the age of 40) is such that today’s performers are often more concerned with the way their performance translates to tuning in from home via TV, an Xbox, or via the Web. And that’s why companies like Red Bull Media House and Springboard Productions, and NEP are playing a larger role at festivals like this past weekend’s C3 Presents Lollapalooza festival that was held in Chicago.

“Festivals don’t want to be embarrassed and you really have to deliver for them and NEP has always delivered,” says Peter Kimball. “Our biggest challenge is delivering broadcast-quality audio and video for up to 15 hours a day with no hiccups. And the artists know if we don’t have $180,000 cameras and lenses shooting them they won’t look great.” 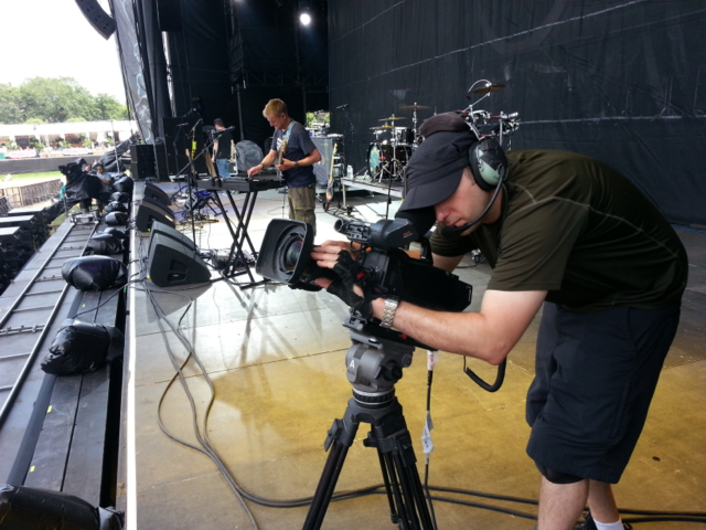 The core of the Lollapalooza TV production was NEP’s Platinum unit that served as the main production center and three other trucks. NEP’s Blues unit is in use as four separate control rooms for different stages while NEP’s Mercury and NEP’s Beta are home to editors for both the host production and for Red Bull Media House  as well as Lollapalooza marketing and PR.

“We are using about 25 Sony and Thomson LDK-6000 cameras and there are also nine interview locations set up for interviews that will be distributed via Red Bull,” says Kimball.

The biggest change from last year is the greater reliance on robotic cameras as six Panasonic robotic systems will be in use. There is also more focus on the Perry stage as seven cameras will be located there. 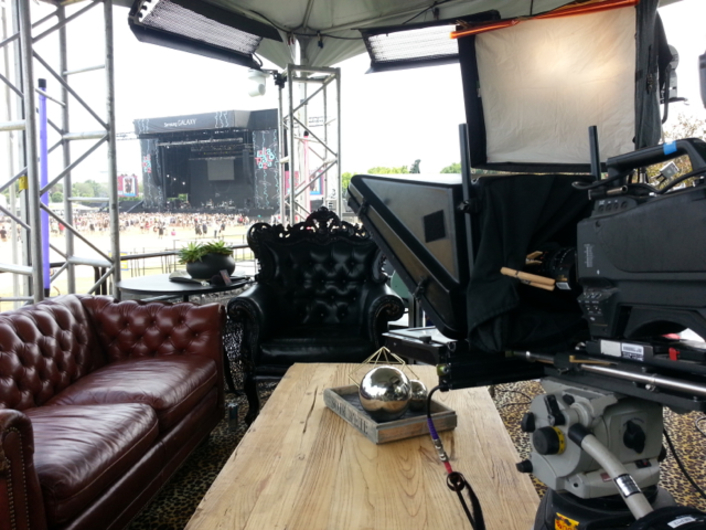 “Sometimes we add more cameras so we will probably get up to 10 cameras at the main stage and every stage has at least four cameras,” explains Kimball. “Our market are 24-year olds and the festivals also realize the broadcasts are great marketing tools to get people to buy tickets for next year.” 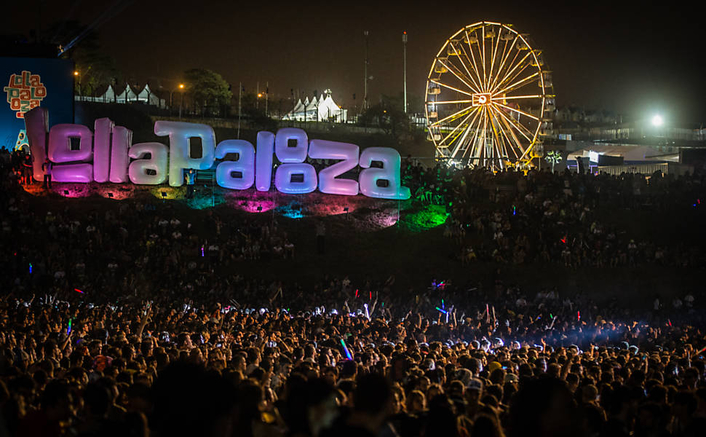 Red Bull Entertainment had interview areas set up across the festival.Obviously the audio is important and Chicago Recording Company and other audio vendors are on hand to handle the multi-track recording while the TV broadcast side of the production gets a two-channel stereo mix.

For Kimball and Springboard Production’s Executive Producer Hank Neuberger and the rest of the team the festivals are constantly changing and evolving during the event. The biggest wildcard is that performers themselves will often request cameras to so that they can gather their own footage.

“You can’t be rigid when dealing with rock and roll promoters,” adds Kimball.