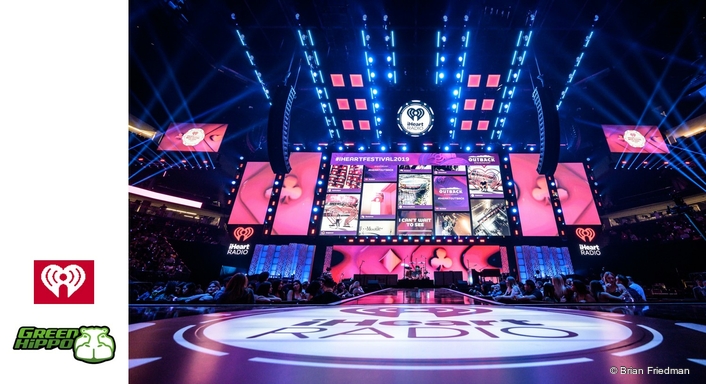 converted all artists' visuals on import to simplify the process

The 9th Annual iHeart Radio Music Festival landed in the Nevada desert with some of the biggest stars on the planet, including Alicia Keys, Miley Cyrus, Green Day and many more. The event, at the T-Mobile arena, was broadcast live on FOX, complete with energetic sets and a vast array of musical talent. Green Hippo was at the iHeart of all things visual, with Boreal+ Media Servers powering pre-made content.

Jason Rudolph was at the helm as Screens Producer, using the in-built Hippotizer toolkit to manipulate content to fit each artist’s performance, in front of two ‘SuperWall’ LED screens, one on each side of the stage. 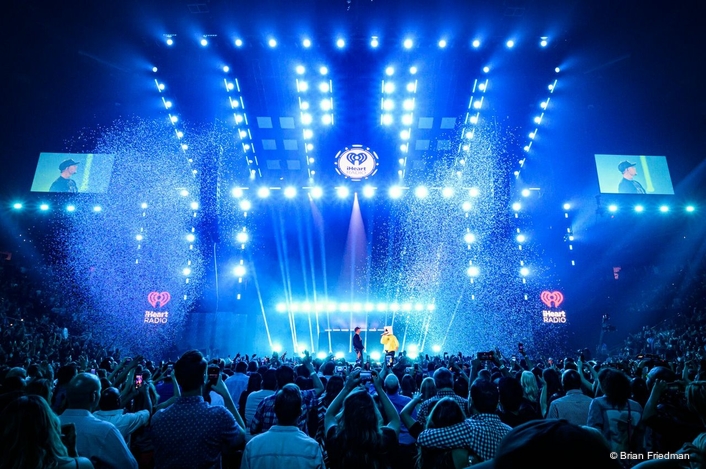 “We used four Boreal+ servers, as two redundant systems - an A and a B system for the A and B screens,” explains Rudolph. “Each main server was doing four outputs to drive all the content for the show. Everything feeds into two linked E2 frames to get onto the screen and allow for switching to backups, and also to accommodate any guests that show up with their own systems.” 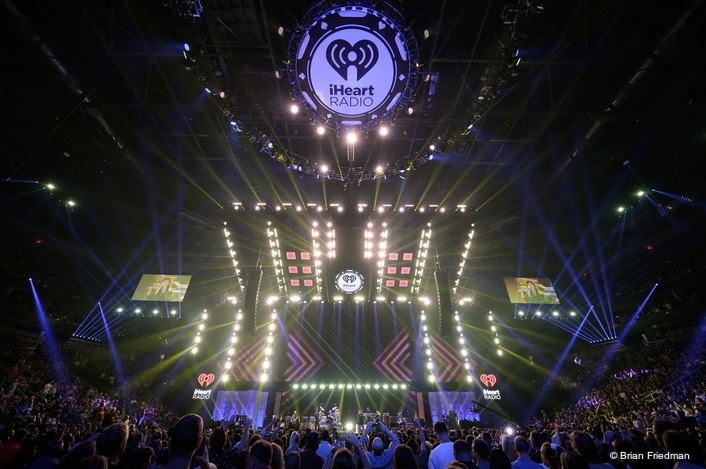 The content was mostly produced by the various artists’ design teams, and the impressive line-up presented a challenge for Rudolph with so much video to deal with. 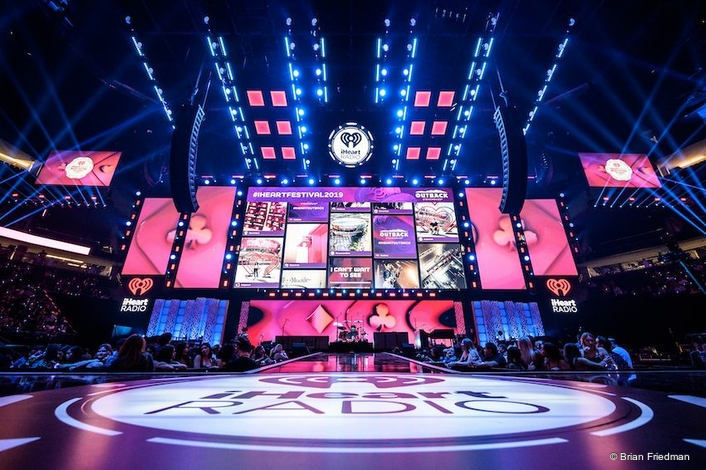 “Often, acts will show up with their tour content, which we need to adjust to fit our screens, and this is one place where all of the handles we have available in Hippotizer really help us to pull this show off,” Rudolph continues. “The content management capabilities in Hippotizer are one of the main reasons we use it on this show. We can be loading content onto multiple servers while rehearsals are going on without affecting playback. We also have more codec options, mostly we use FlexRes quality on this show and it’s a great blend of quality, performance and file size. Hippotizer can also convert any incorrectly formatted media on import which means each act was able to stick to their own content ideas.”

The Boreal+ Media Servers, which are renowned for robust build quality for life on the road, were provided by 4Wall, which has a large warehouse in Las Vegas. Boreal+ offers four DVI-DL, DP or HD-SDI outputs, and the SDI model features Hardware EDID management with parallel outputs, while the DP and DVI-DL model offers software base EDID management.

Rudolph was assisted by Hippotizer programmers Loren Barton and Tim Nauss, with engineers Josh Fleitell and Mike Hankowski also in the team.