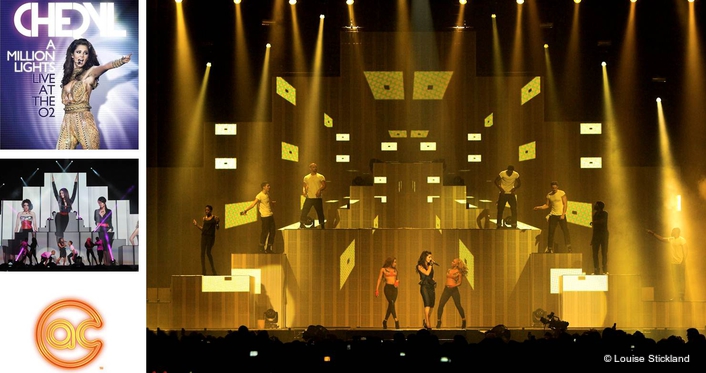 Working across a number of sectors including live music, events, television productions and corporate presentations; Fix8 wanted a robust, flexible and stable video control solution to service their busy schedule of up-coming events.

Video content for the tour was designed by Show Directors, Fatima Robinson and Beth Honan; and was produced by Helena Spencer at The Field.

At the centre of the set, a large pyramid shaped upstage screen was constructed from 9mm WinVision LED panels, with the stage set fascias also clad in the same surface - bringing depth and multi-layered dynamics to the space. 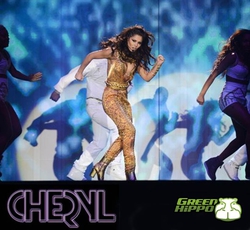 One Hippotizer HD ran all the video elements during the show - triggered by timecode from the audio track - with the second utilised as a ‘hot’ backup. Both were positioned onstage with a Zookeeper remote at FOH, making a neat and tidy control solution.

Neil likes many of the new Hippotizer Beta 3.2 software features including ‘timecode-on-layer’, which enables the individual synching of each clip to timecode and ‘XFade on layer, which allows the operator to crossfade into another clip on the same layer.

Neil finds these features to be “particularly useful” for live music shows when programming video and lighting, explaining that both functions can speed up programming dramatically.

He adds that the Hippotizers’ ability to network is a “massive feature”, which Fix8 use on a regular basis, together with the advanced colour features.

“Having the new Hippotizers generally made life much easier on the tour” confirms Neil.Since taking the supply, the HD i7s have been in constant use on various events including a high profile football tournament in Azerbaijan; a TV broadcast in Doha; and a major UK tour of a hit musical.

Neil concludes that AC-ET’s service has been “excellent; they are helpful, quick and always there when needed.”

AC-ET is the exclusive UK and Ireland Distributor for Green Hippo Products.