Fall Out Boy Ramps Up for the “Mania Tour” 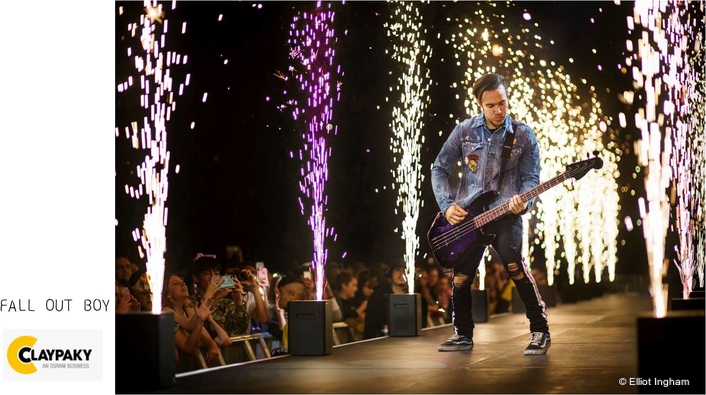 - Fall Out Boy has embarked on their sold-out arena “Mania Tour,” whose North American leg kicked off in Cleveland in October and wrapped in Phoenix in November.  UK dates will follow in the first quarter of 2018.

The rock band has had five consecutive Top 10 albums.  The new tour, in support of their “Mania” album due out in January, features hip hop artist blackbear and actor-rapper Jaden Smith. 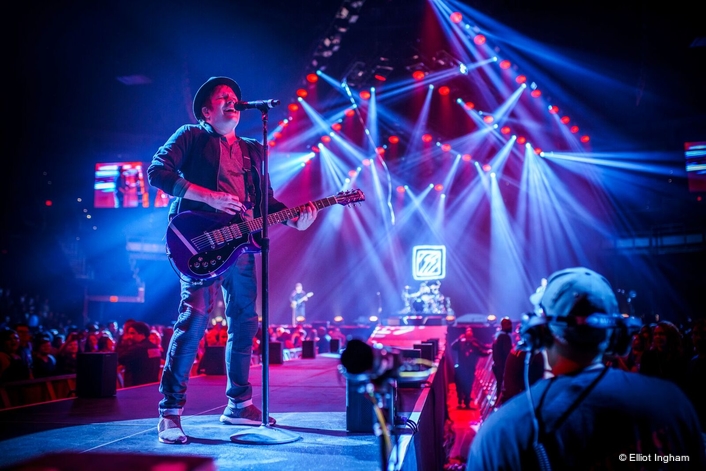 The size and scope of the “Mania Tour” marks “the next chapter in the band’s history,” notes Production Designer Robb Jibson of Chicago based So Midwest, Inc.  “It’s a much larger endeavor than previous tours with lighting, scenic, pyro and visuals.  We had 14 trucks in the first load out and hope to get that down to 12.  Typically, we’ve had six to eight trucks in the past.”

Large numbers of Claypaky Mythos 2 and A.leda B-EYE K20 fixtures play key roles in the lighting rig with Jibson showcasing their versatility throughout the show.

The overall concept for the tour is “very clean, symmetrical and linear,” says Jibson, with “no set on stage.  The ‘Mania’ visuals for the record cycle are very linear and the show mimics that.”

Complex staging adds dynamics and keeps the band moving from the main stage down a thrust to two additional automated stages – all in one linear plane from the downstage edge.  The content deign makes extensive use of LED video to display hand-drawn illustrations, found live-action footage, CGI animations and IMAG content. 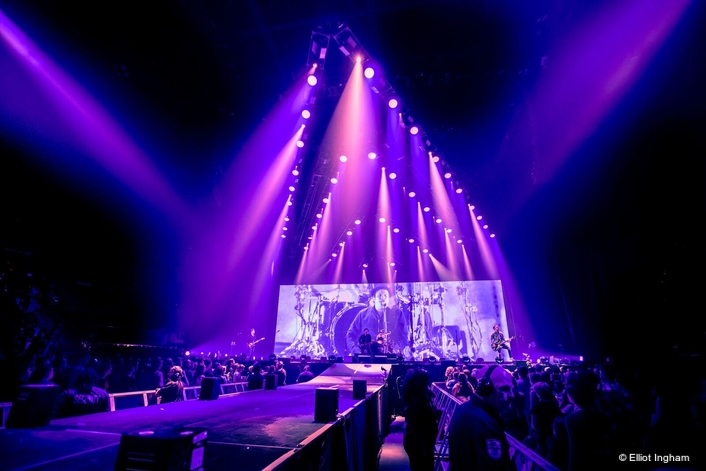 Fall Out Boy opens their show on the main stage, which spans the arena and is backed by a (18 Meter x 6 meter) LED screen.  Band members run up and down a 100-foot thrust in the middle of the arena that terminates in a 16x16-foot B stage.  At one point the band vanishes from the main stage and is shuttled, in the dark, under the thrust.  Drummer Andy Hurley and lead guitarist Joe Trohman emerge atop a stage nested within the B stage, which rises 12-16 feet in the air.  LED fascia trim the elevated B stage and display video content.

An approximately 15 square-foot elevated cube downstage of the B stage resembles an arena scoreboard displaying IMAG.  When the B stage begins to rise, the cube descends to floor level to become the C stage featuring an LED pixel-mapped projection cube.  Lead singer Patrick Stump and bass guitarist Pete Wentz jump on top and the C stage lifts 20 feet in the air.

“The band performs three songs in the air then the B and C stages are lowered, the guys are back on the thrust and everything returns to its original state,” Jibson explains.

With so much activity up and down the arena Jibson was challenged to design a lighting rig of appropriate scale and functionality.  “There’s a lot of square footage to this show,” he says.  “We have positions to cover it everywhere.” 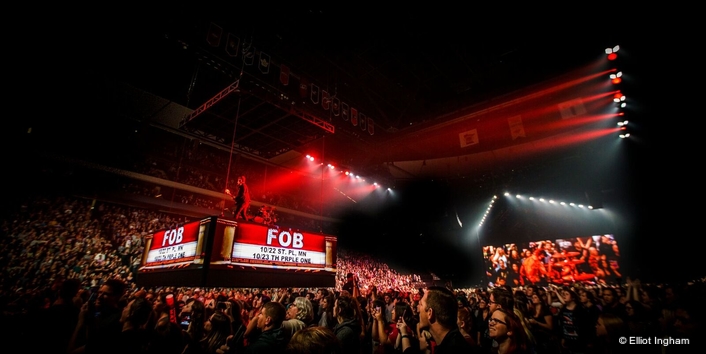 Jibson deployed large complements of Claypaky fixtures on Fall Out Boy tours in 2013 and 2015 when he used Sharpys as FOH spots and tapped Mythos for washes, key lighting, effects and follow spots.

For the “Mania Tour” he selected 64 Mythos 2 fixtures, which are mounted on the triangle truss, the side trusses, the B stage and the bookend trusses.

“Mythos are my go-to fixtures,” says Jibson.  “When I did another production earlier this year I wished I had Mythos – another fixture I used just didn’t cut it.  I can hang Mythos 60 feet in the air and get punch; I know they will cut through the videowall.  Claypaky is well known for its optics, and you get every little bit of output of the lamp.”

For this show he’s using Mythos as hard-edged fixtures with a lot of versatility.  On a truss behind the main stage, for example, Mythos serve as accent and fill lights “without making the stage strobe all the time,” he explains.  “The accents and hits blast through as sort of a drop shadow or outer glow for the main lighting system. This lets me blast strobes into the air without seeing the face of the fixture and makes for more interesting looks at times without having to get nuts!” 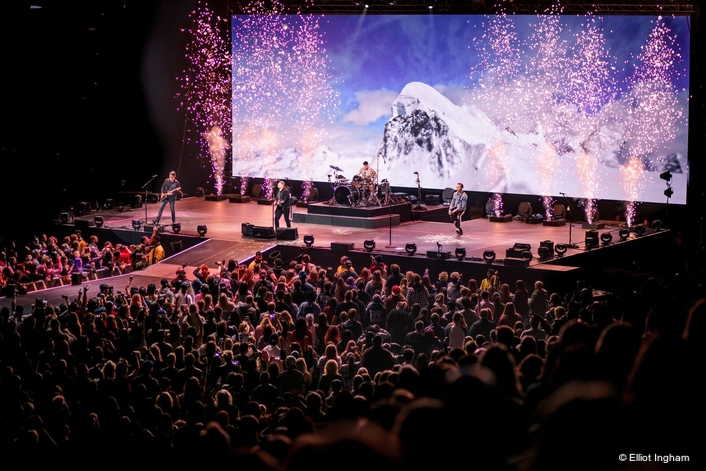 Jibson is mixing 74 Claypaky A.leda B-EYE K20s with Mythos in the same positions.  “The B-EYEs are such versatile fixtures,” he says.  “They’re really bright and the pixel mapping inside is really interesting.  It’s like having a 64-pack box of crayons – there are so many things you can do with them.”

VER in Glendale, California is the lighting and video vendor for the “Mania Tour.”

A.C.T Lighting is the exclusive distributor of Claypaky products in North America.

Francesco Romagnoli, Claypaky Area Manager for North and Latin America, added, “Robb is one of the most innovative designers we’ve worked with and we’re always thrilled when he incorporates our fixtures into his plots.”