“I was going for a versatile design that would be able to convey both bright, fast-paced, vibrate visuals as well as a darker, color saturated, visceral mood for the new songs,” commented Maker, who has worked with the band for the past eight years. “The last time I was with All Time Low in the UK/Ireland was in February of 2016. We did all of the O2 arenas on that run so our production was obviously much bigger for those rooms. We did everything from moving video screens to pyro to over 500 lighting fixtures last time. So the goal with this design was to still create big arena looks but in a tasteful way in these smaller rooms. I also wanted to make sure the rig was scalable in case we had to shrink it to fit it onto some of the stages.” 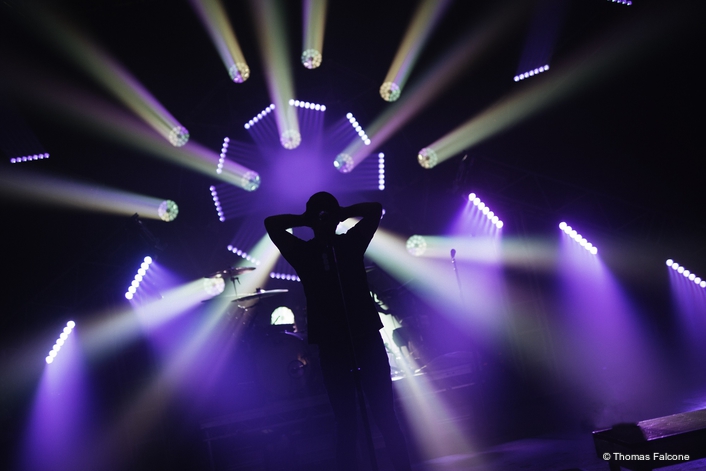 The ACL 360 Bar, a full-color LED batten with 360-degree continuous rotation, was one of the two fixtures Maker used for multiple looks and special effects on the show. “It also helped create a balance throughout the whole design,” he says. “It was a pretty dominant fixture; front and literally center and was definitely the main feature LED strip.”

Used to create separation between other fixtures in a pentagon-shaped truss rigged upstage center, a total of 32 ACL 360s were used in the design. Other ACL 360s were rigged vertically on each side of the drum riser at varying heights, as well as on two finger trusses with some on the backline floor. Maker points to the fixture’s pan and tilt speed, smooth fading capabilities, individual LED cell control and beautiful color mixing as outstanding features. “The ACL 360 Bar’s ability to help create unique looks, as well being able to standout on its own amongst other fixtures, was outstanding.”

Heartbeat of the design

New to this year’s rig were Protron 3K Color strobes, a high-powered LED strobe with 240 3W RGBW LEDs and 40,000 lumens of power. “We used them for both strobing effect as well as a color wash to help engulf the stage in bright, beautiful colors,” Maker states, adding that he has speced the Protron Color strobe for All Time Low’s next tour in the U.S. “The Protron was the heartbeat of the design. Truth be told, I'm in love with its color mixing, punching power, and the fact that they never flicker out (thermal) like old-school strobes did. LED strobes have come a long way and the Protron is a testament to the awesome evolution of the strobe fixture.” Protron Color LED strobes fronted and worked from each side of the drum riser with others located on finger trusses and on the downstage edge. 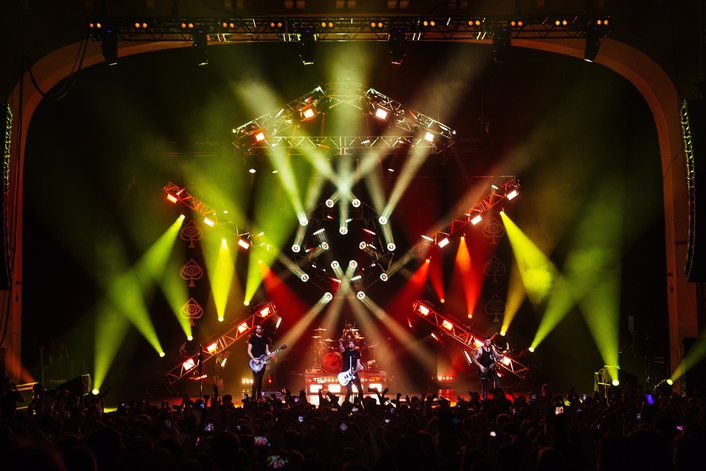 Touring in support of a new album, "Last Young Renegade," which comes out on June 2nd, upcoming tour dates include New Zealand, Australia, Japan, USA, and the Philippines with more dates to be announced soon. Maker, who was nominated for a Parnelli "Lighting Designer of the Year" award in 2012 and TPI Magazine "Lighting Designer of the Year" award in 2015 and 2016, has been an LD for the past 13 years and has toured with bands such as The Gaslight Anthem, Brand New, The Dresden Dolls, Yellowcard, Pierce The Veil, and Good Charlotte to name a few.